SexIs Subjective: Why is Everyone Obsessed with Policing My Sex Life? 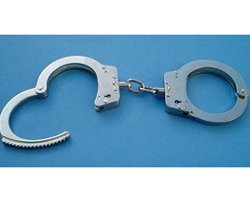 Wikimedia Commons
As a kinky lesbian poly woman, it seems like everyone wants a say in how I get it on. From the federal government to religious groups to well-meaning friends, apparently I'm just not doing it "right." Why does anyone even care?
Public transportation isn't the fastest way to get from Point A to Point B, but it's definitely the most interesting. I will never forget the time when I was on my way home from having a painful, exhausting medical procedure performed and an elderly gentleman went off on me for daring to rest my head on my then-girlfriend's shoulder. I was twenty-one or so, and I had only just figured out that I was a lesbian a few weeks prior. According to this man, I was forcing everyone on the bus to watch a graphic lesbian sex act. If I'd known that resting my head on another girl's shoulder was considered pornographic, I would have traded in my writing gig for the big porn bucks!

As luck would have it, there was another lesbian on the bus when this incident happened. Between her, my girlfriend, and a number of other allies, the man eventually settled for muttering Bible verses under his breath. As if that incident wasn't frustrating enough, however, when we got to the train station, the "allies" from the bus began critiquing different types of lesbian sex. According to them, it's wrong for two girls to use anything but fingers and tongues in the bedroom because "lesbians are supposed to like pussy." Ignoring the inherent sexism in that statement, why do straight men get to decide what's appropriate or not for lesbians? Everywhere I turn, it seems that someone wants to tell me that I should only be having sex with men, or that I shouldn't be having sex at all, or that I shouldn't be using birth control even to manage my endometriosis, or that my sexual desires are gross, weird, and/or immoral. And, as the train station allies showed me, even people who support my right to have lesbian sex want a say in how I do that!

Why does everyone care so much about my sex life? Or, more accurately, why does everyone seem to think it's appropriate to vocalize their opinions about anyone else's sex life? My guess is that they have sour grapes about their own sex lives.

Since no amount of polite education or discussion seems to help, maybe it's time to fight rudeness with rudeness. The next time someone makes a rude remark about my sexual orientation or any other aspect of my sex life; I think I'll snap back, "Honey, you need to mind your own damn business. This obsession with other people's sex lives makes you seem like a pervert." My predecessors have fought too hard for my sexual freedom for me to be pressured into sex that doesn't make me happy. If it doesn't hurt anyone, keep your opinion to yourself. Now, if only I could take my own advice when my friends bring up “Fifty Shades of Grey”!
Tags:
Views: 1449
Related articles

Other articles by Azula