Is There Sex After College? 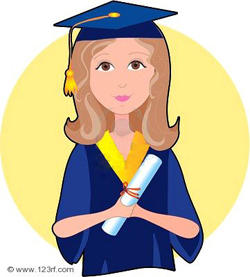 College, for those who embrace it, can be a full-on smorgasbord of awesome. At no other time in your life will you have such easy access to all things indulgent and sinful.
Whatever you want, chances are you it can be found on campus or nearby. There are dining hall buffets and late-night pizzerias; there are 24-hour espresso shops and probably 24-hour open parties, if not bars. And there is, oh yeah, SEX.

There is, of course, sex during college. There is also sex after college, but it’s a lot more complicated to arrange. Many of us moved back in with mom and dad after graduation; for a lot of us, the job market was soft and our liberal arts degrees weren’t exactly in high demand. So not only were we separated from a potential dating pool of thousands of people our own age on campus, but we also had to contend with our parents cock-blocking us.

My friend B.P. from Chicago (age 26) graduated college the same year that I did, but as a commuter, he had a vastly different experience than I did. I lived on campus all 4 years, but B.P. lived with his parents all four years of college, and then for another 3 years after college.

I asked him if he recalled it being easier to have sex in college, or after college. For him, it was easier to get laid while at school. “Girls had dorm rooms,” he explained. “And I had Spiderman sheets in my parent’s house. Also, I had more access to girls. That sounds stupid, but when you graduate it's harder to find people.”

In fact, when B.P. was finally ready to settle down, he found the best way to connect with someone he was interested in was to use the web. “I actually first contacted my wife through MySpace. Creepy and stalkerish, I know, but I saw her in the halls of school, found her MySpace [page], sent her a random message filled with thinly veiled flirting, and then married her about 2½ years later.”

It wasn’t always like this. My generation tends to suffer from what I like to call “delayed onset adulthood.” I guess the kinder term is “emerging adults,” but no matter what you call it, the implication is the same: we still act like teenagers, but with more emotional baggage and a hell of a lot more vice. It’s not (necessarily) that we’re lazy, or shiftless ... most of us have just been insulated by too many years of schooling and not enough work experiences. In other words, many of us have life experiences that are the polar opposite of those of our parents.

Both my parents were born in the early 1950s. I was born in 1985. Growing up, I envied them. How lucky they were to be children of the sexual revolution, to have lived in what I imagined were the most exciting times ever. Sex, drugs, and rock ’n roll? Count me in, said my teenage self.

I might come from a tribe of digital natives, but we don’t always make full use of our digital arsenal when it comes to building relationships. People always say home-schooled kids are at a disadvantage, not academically, but socially. The only way to learn social skills is through trial and error, and the same must be true about learning the rules of dating.

It’s not that my generation doesn’t know how to date. It’s that we’ve never had any practical experience with proper dating. We know how a date is supposed to work, but only because we grew up watching Saved by the Bell, Dawson’s Creek and [italic Gossip Girl]. And let’s face it, those shows aren’t exactly teaching us the best manners when it comes to real world dating. Being a digital native has its benefits, but the drawbacks can be pretty significant, too.

My earliest flirtations didn’t take place over coffee or in a darkened movie theater. They took place in front of my computer screen, in chat rooms and IM windows. I knew a guy in college who talked to his crush for hours a day on IM, but froze up whenever he tried to talk to her in public.

I’m not sure if my generation is socially awkward because technology made us that way, or if technology entered our lives at a time before we had developed sufficient social skills to get by without it. For many people my age, making a face-to-face connection is agonizing ... but chatting up someone with a computer as an intermediary doesn’t scare us at all. We’re one step removed from the person on the other end, and that softens the blow of rejection.

But What About Online Dating Sites?

As digital natives, you think that online dating would be something we’d take to naturally ... and for some of us, it is. But many of us came of age during the time when online dating was a realm solely inhabited by spammers and desperate women seeking marriages before their eggs dried up.

My friend Kristen (age 26) from Vermont had a particularly scarring incident with online dating. She explains, “I have used online dating three times in my life; each with a different result. I had an account in high school which led to me meeting what seemed like a nice guy but he ended up deceiving my younger sister (14 at the time) and taking advantage of her physically. That was a tough time for me and my family and it led to a breakdown in trust with people I met online. After college I tried another free dating site, met two guys and before we ever met offline I called it off because the experience was bringing back too many memories of my first time dating online.

“Finally, I used an online version of the personals in my local free paper in Burlington, VT where I dated a handful of guys but ultimately met my current boyfriend (of 2 years; 1 year living together!!).”

Even for those who haven’t had Kristen’s experiences, there is still a social stigma attached to online dating. Besides, why pay for a dating site membership when there are so many other options for online flirtation? Why not use Facebook to find cute singles in your area (or reconnect with old flames?)

Yes, Virginia, there is sex after college. And while the sex might not be as easy to come by as it was in college, the quality is usually a lot better. True, the days where your booty call lived in the same dorm as you are long gone, but there’s something to be said for not having roommates or term papers to cramp your style.
Tags:
Views: 1160
Related articles