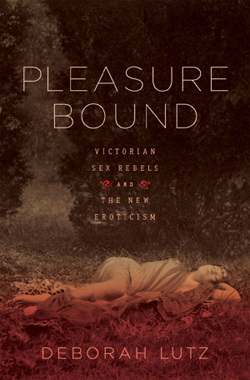 In a quest to pull the covers off prim Victorian society, Deborah Lutz, a renowned New York scholar and Professor of Victorian literature and culture at Long Island University, researched the work and lives of a group of Victorian freethinkers who blazed a trail for many current trends in modern art and literature.
Her new book, Pleasure Bound: Victorian Sex Rebels And The New Eroticism (W.W. Norton & Company), will raise eyebrows with its frank approach of cultural and sexual expression.

“They mostly wanted to cause trouble, for the sake of trouble,” Lutz explains. “Burton liked to offend people, just to see how they would react. He was a rabble-rouser. Morris, on the other hand, had deeply held ideas about social injustice and wanted to see a workers’ uprising. He figured out ways of bringing these political ideas into his art and design. Swinburne had strange sexual tastes. He liked to pay women to whip him and wanted to share these desires with others.” 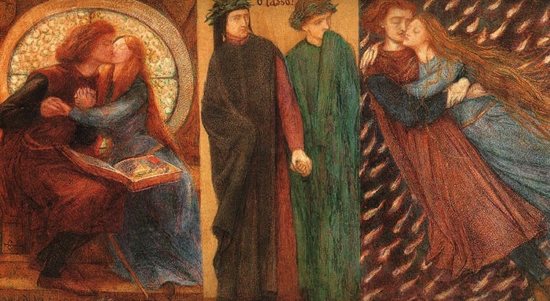 Many of the rebels rejected the notion of God and the afterlife. They worshiped the concept of sex and death—for the two things, the freethinkers proposed, were linked. “The tie between sex and death is an old one,” says Lutz. “We see it in the French phrase, ‘petite mort,’ the orgasm as the little death.”

Vice, sin and depravity was widespread in 1860s London. Pleasure seekers could get buzzed on laudanum or opium, go to parties where bisexual or same-sex people frolicked, or went for one-on-one couplings in rooms reserved for that purpose.

“There was every type of sexual counterculture you can think of today,” Lutz adds. “Although there were brothels that catered to men who wanted to be whipped, gays and lesbians had to live their sexual lives deeply, unlike the openness we see in today’s big cities.”

While their atheism and libertine sexuality appalled most Victorians, Lutz believes what truly made these rebels so special—and such a target for backlash—was their fearlessness, commitment, and determination to alter society. 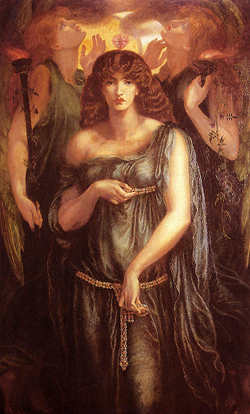 Victorians moved against these nonconformists in a variety of ways. “The society resisted the rebels with censorship, arrest, jail time, and ostracism,” she notes. “Oscar Wilde did two years of hard labor for being gay. Simeon Solomon was arrested numerous times for having sex with men in public urinals in London and Paris. William Morris barely escaped physical harm during his efforts on behalf on the workers in mass protests.”

The goal of the Cannibals and the Aesthetes was to save the world from rigid social and cultural limitations. Flouting the precepts of religious fundamentalism, patriarchy, industrialism, and sexism with in-your-face challenges of eroticism and sexual identity, they were willing to take up unpopular causes, including birth control for working-class women and women’s suffrage.

“Their politics were wide ranging and fairly unique to each of them,” says Lutz. “They were super radicals, socialists, feminists, free-love advocates…Many members had close relationships to sisters, lovers, and female friends. They saw how difficult it was for women to break out of the stifling laws and stereotypes of the time,” says Lutz.

“They knew that a society could never be truly progressive if women do not equal legal and voting rights, and fill rights over their own bodies, including birth control and abortion.”
While we continue to debate issues of sexual identity and gender roles even now, Victorian rebels made significant progress in reshaping what was acceptable in the culture. Their efforts laid the groundwork for future campaigns for women’s liberation, gay rights and political opportunities for the poor. “[It] takes a great deal of dedication and a desire to carve—almost alone—completely new paths,” Lutz points out. “Today, especially with the Internet, one can always find community. We don’t have to go it alone the way some of these artists did.” 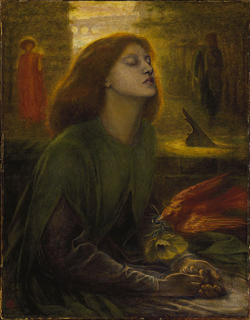 However, what stands out to Lutz as perhaps the most interesting facet of these iconoclasts, along with their evolving eroticism and self-defined morality, was their willingness to collaborate. “They wanted to make art, poetry, and pornography with others,” she explains. “They wanted to share their creative space ideas and spaces, work collectively to make something important, something beautiful, something that would break taboos.” It is this, she believes, that is their enduring gift to future generations.

“Many artists feel a need to step outside their current society’s understandings about right and wrong,” Lutz explains. “They need a larger view. They want to stand on the margins and survey their culture from the outsider’s vantage. Breaking the rules makes us look at the rules more closely and perhaps consider [they] need expanding or abolishing.
“The rebels’ legacy is their love of collaboration. It’s only in the past few years that artists have begun to see the value of making things together. This is something we still have to learn from the Victorians.”

Oscar Wilde once noted that “aesthetics are higher than ethics.’”

Says Lutz, “The rebels remind us that sex, like art, required going past good and evil. That is the permanent gift from this group of rogues and outlaws from Victorian England to us in modern society.”
Tags:
Views: 2537