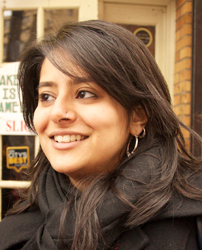 Born and raised in Delhi, India, queer filmmaker Ishita Srivastava is slowly making her name known in the feminist blogosphere through the circulation of her short documentary on queer South Asian women, Desigirls. Made while a Cinema Studies student at New York University’s Tisch School of the Arts, the film highlights the varying experiences of women of South Asian descent who are trying to reconcile their complex and, at times, conflicting sexual and cultural identities. Desigirls presents their illuminating stories of desire, fear, acceptance, and resilience.

You made Desigirls for your Master’s thesis. How did the idea come about?

The immediate motivation came when I met some fascinating and brave queer women in New York who were living with and working through complex issues of acceptance and identity. Often, they were dealing a lot of familial pressure and mental and physical abuse. Having grown up exposed to the LGBTQ movement in India, and identifying as queer myself, I have always been fascinated with issues of gender and sexuality, and the way they interact with societies and cultures. The concept of community—in the ways it both supports the characters in my film and also makes them feel unwelcome, judged, and inadequate—became a perfect lens through which to enter their lives and look at what gives them the strength to embrace their sexual, cultural, and racial identities. 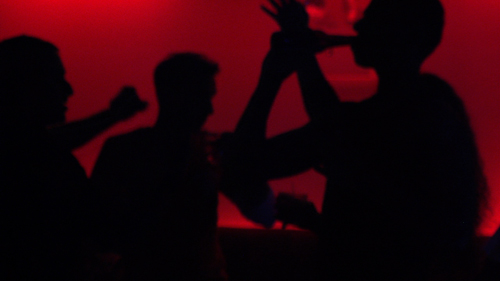 It’s evident that capturing the diversity within South Asian queer communities was very important to you.

I wanted to represent this group of people with as much depth as possible, especially given the constraints of using a two-dimensional medium and making a 20-minute film. Lives are always deeper than any representation can seek to capture, but showing that variety exists gives dimensionality to an issue, and resists a reduction to easy stereotypes. 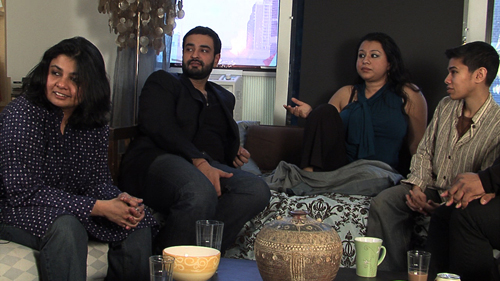 There are many different ways Indian lesbians in New York City express their sexualities and identities, and these expressions are dependent on a number of factors. Showing this diversity forces viewers to engage with characters as human beings with complicated, weighted feelings rather than someone who can be simplified and boxed.

At the same time, I was aiming to show how a specific group of women who identify as queer and South Asian and live in New York deal with their complex diasporic experience in varying ways. I also wanted to show how important the concepts of family, community, and acceptance are to all these women, regardless of how differently they react and respond to the concepts. 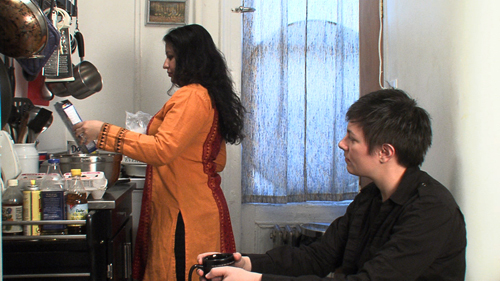 How do notions of family and community impact queer South Asians?

While I cannot speak for all queer South Asians, or South Asians in general, family and community are central facets of our culture across the board. Given the importance placed on, as my character Priyanka puts it, the sense of a “collectivist culture” that exists, it’s slightly harder for us to be seen as different. Being different is always difficult, but alternate sexual choices are especially hard in cultures where families remain extremely connected and dependent throughout a person’s life. For us, the family becomes the community and vice-versa.

In a South Asian context, “family” means a lot more than just parents, grandparents, siblings, and children; it includes a vast network of aunts, uncles, cousins, nephews, nieces, and even expands to include close friends of the family. When there are so many people involved, it means you have a wonderful support system (when you fit in), but it also means that many more people know (and demand to know) intimate details about your life, and have advice about what's best for you. Coming out is hard enough as it is, and it is that much harder when it involves so many people knowing and having something to say about it. 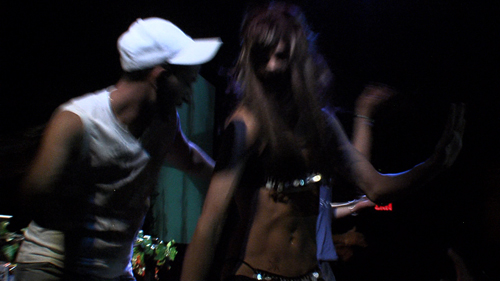 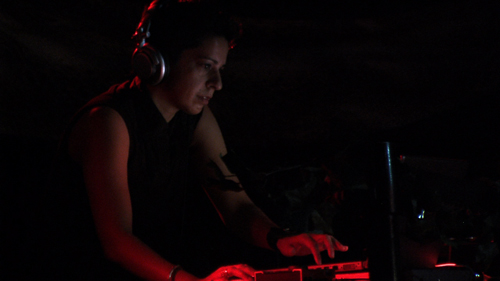 How does this community affect parents’ reactions to their daughter’s atypical sexuality?

As is true in the United States, in India there is a (false) assumption of hetero-normativity as the only way to a happy, content, and secure life, and marriage is considered intrinsic to this, especially for a woman. Parents often consider it a large part of their parental obligation to ensure that their child (particularly a daughter) is married.

This leads to a number of double standards in South Asian cultures, making it harder for women than men to articulate and deal with same-sex relationships. Moreover, the constant connectedness of the larger community means that a person’s marital is often used to judge the parents success as parents. 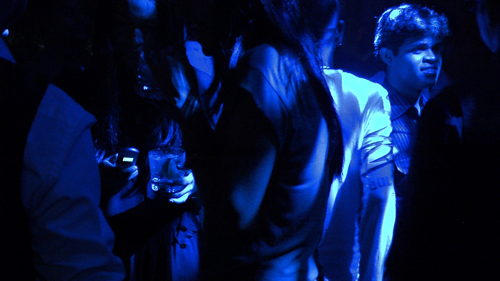 An oft-used response to atypical life decisions on the part of children is, “What will so-and-so say? Think about us and our reputation before you do that.” For the women who became my “desigirls,” finding a South Asian queer community that understood their specific plight with their families was crucial to their being able to find their own identity and begin to feel comfortable in their own skin.

What impact do you want Desigirls to have on its viewers?

While I value all forms of entertainment and storytelling as important to cultural understanding and adaptation, I feel that nonfiction, personal stories have a special power to talk to viewers and effect change in many different ways. This is especially true when the stories harness people’s everyday struggles and achievements. For viewers who identify with the character “A,” who is unable to come out to her parents, I hope the film gives them courage, hope, and strength to fight for who they are and what makes them happy. For those who want empathy for their condition—be they queer, straight, confused, or otherwise—I hope they get that from it. For those who do not identify with the people I interviewed, I hope Desigirls opens their minds a little and makes them more accepting or understanding of others. Above all, I hope it shows the importance of culture and society, while stressing that both need to adapt as people and circumstances change. 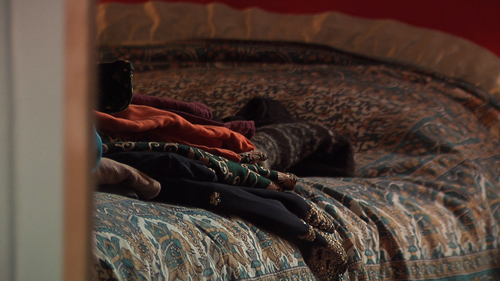 Do you think you have been successful in that regard?

When you spend time constructing a story from other people’s words, it is very difficult to see it for what it is. Some might see Desigirls purely as a glimpse into a subculture they knew little about, while for others it might be preaching to the choir. When I see comments on blogs or receive an email from someone who I have never met saying my film has touched them, it is a treat like no other. Just yesterday morning, I received an email from a straight, desi woman who was born in the U.S. who said that, while she considers herself open and progressive, the film opened her eyes to many things she had not known or thought about before. It was one of the most gratifying moments I have had working on this film.

You’ve since left academia to pursue documentary filmmaking. What are you working on now?

While I enjoy engaging with the history and theory of cinema, somewhere along the way I realized that my engagement with visual media made the most sense when I was able to apply my theoretical knowledge to practical work. I want to continue to make documentary films, as well as use new and innovative media and modes of storytelling to engage with social, political, and cultural issues in ways that are exciting and evocative. I have been lucky that my first encounter with the working world has been through a wonderful nonprofit organization called Breakthrough, which uses popular culture tools to tackle important human rights issues and effect social change. I love working with them and using media as a tool for drawing people in and dealing with issues that are crucial to us all. 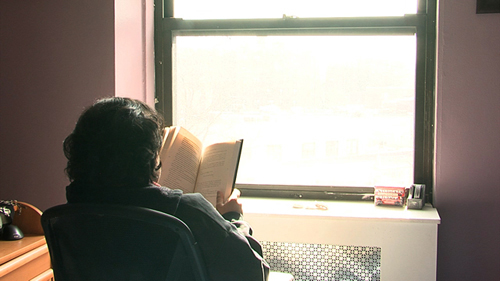