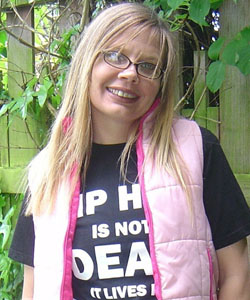 Inga Muscio came into my life on my first trip to New York City. A daft, nineteen-year-old, budding feminist, I scanned the shelves of St. Mark’s Bookshop and one bold title caught my eye: Cunt. I plucked the book from its resting place to view its pink daisy laden cover and the words “a declaration of independence.” Clearly, I had to read this book.
I spent the remainder of my vacation ignoring my college pals in favor of Muscio’s sharp tongue, foul mouth, and sarcastic wit. I learned from the passionate author the benefits of alternative menstrual products and how the media misreported punk rock musician Mia Zapata’s rape-murder. I gained an appreciation for the now-famous prostitute-turned-serial killer Aileen Wuornos way before Charlize Theron got fat, got gay, and got an Oscar for portraying her in Monster. But most importantly, I learned that cunt is not a four-letter word—metaphorically speaking, of course.

Maintaining the vaginal and floral themes, the newly published Rose: Love in Violent Times could be seen as Cunt’s witchy-poo aunty who’s given to sporadic bouts of rancor. Tempered with sentiments of peace and love, the righteous anger of Muscio’s earlier work now comes across as self-indulgent. 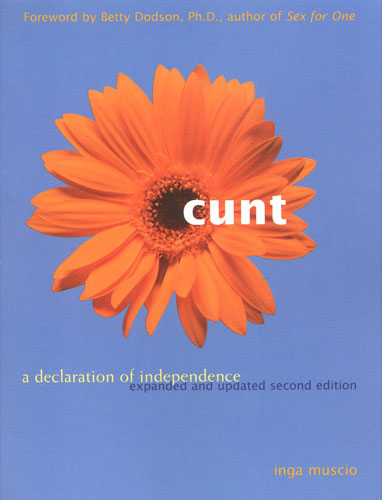 Perhaps I’ve simply lost my taste for sanctimonious humor, but what I found to be refreshing is the author’s changed perspective on self-sufficiency. Muscio meditates on the inevitability of interdependence, and the need for our socially inclined species to change its self-extinctive individualistic ways. A decade after our one-sided serendipitous introduction, I spoke with Muscio about personal accountability, cultural growth, and how to love amid ubiquitous violence.

In your first book you wrote quite a bit about how sexual violence affects women. Given that immersing oneself in this kind of topic can be difficult, what prompted you to delve more deeply into the issue of violence in this book?

Sexual violence is profoundly entrenched in our culture and it's only gotten worse since I wrote Cunt. I don't necessarily enjoy writing about difficult things, any more than people enjoy reading about them, but this is what comes to me and I figure it comes for a good reason. So, I go with it and hope readers will feel the same.

How did the experience of writing Cunt prepare you for writing Rose?

Sine I wrote Cunt, I’ve had many opportunities to hear from people about sexual violence, thus enriching my perspective. I just got a letter from a young woman who was struggling with recently being raped. She is a Christian and reading Cunt is part of her ministry; she feels it is her Christian duty to buy Cunt whenever she can and to give it to people. You gotta love her, right?

So one day, she was totally suicidal and goes to the bookstore instead of killing herself—an example of a small triumph that should not go overlooked. She buys herself a copy of Cunt and, on the way out, runs into a Greenpeace volunteer. They strike up a conversation and it evolves that the Greenpeace volunteer had never read Cunt. So our intrepid and devastated young woman marches back into the store and buys Cunt for the volunteer. Instead of killing herself, this young woman spread joy and happiness. That was her choice, her triumph, and her way of healing in that tiny moment. Imagine if everyone started making such choices all the time.

Brazilian critical theorist Paulo Freire said it is impossible for the oppressed to enact violence on their oppressors. What are your thoughts on violence as a means of self-defense?

In general, love and creative genius are the 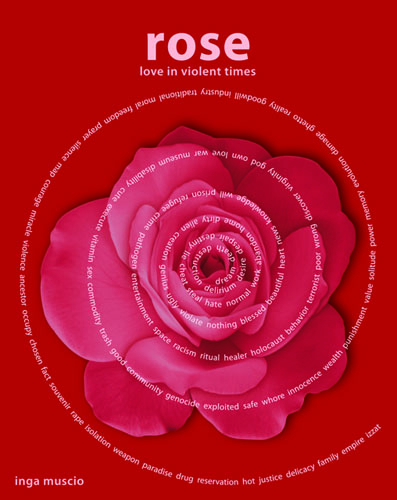 What solutions would you suggest instead?

Here's a good example of love and creative genius that I ran across recently: The Westboro Baptist Church people, who regularly protest funerals of soldiers and other folks who die violent deaths, decided they would go on down to Tucson and protest at the funerals of everyone who died in the massacre on January 8th. Notably, they wanted to loudly chant “God hates Catholics” and “God loves the shooter” at the funeral of nine-year-old Cristina Green. Evidently, she is from a Catholic family.

Romaine Patterson came up with the idea of Angel Actions. In order to protect the funeral, she created a human wall of angels, with gigantic wings spread wide, to shield mourners from the vitriol of the publicity-seeking church. When I saw images of people dressed as angels, silently standing between the violence of the Phelps family and the vulnerability of grieving people, my heart just swelled for the love of it all. Angel Actions are loving, they're genius.

Is violence ever justified?

If you are about to be assaulted, or see someone else's life being threatened somehow, the best course of action may be to fight violently for your or their safety. I am an ardent believer in learning self-defense; I think children should be taught self-defense during P.E. classes. However, sometimes running away is the best course of action, and if you can run to safety, that's better than fighting any day.

You write that "it is difficult to love when you live in a culture of violence." How does violence impact your ability to love?

When I make my love for the world public, I often meet a lot of scorn. Loving the world involves communing with animals, forests, spirits, and most of all, feelings. It is customary to shoot people down who talk about having conversations with their dead grandmother or the birds. These expressions of love are impeded by our culture.

The violence in our culture permeates everything, including our own consciousness and motivations. It makes it difficult for us to act with love. People cheat and steal. People betray. When people I love do these things, and are unable to hold themselves accountable, I must let our relationship go. I've gone through this loss many times in my adult life, and it is incredibly painful. It is equally incredibly necessary.

It looks like shit a lot of the time. You have to make a lot of uncomfortable boundaries, with yourself as well as others. Accountability makes up a large portion of authenticity. You have to be willing to admit your failings as a human being. There is much ugliness to face, but it's only because of our indoctrination. When we strip this learned behavior away, and have patience with ourselves, we approach authenticity—in love, politics, spirituality, everything.

How can people resist a culture of violence?

By recognizing the insidious nature of violence and doing one's conscious best to refrain from taking part. My position is that we are all perpetrators until we begin the arduous process of recognizing and stripping away our violent indoctrination, and even then we can be compelled to make poor choices. Face your shit, and be patient, kind, and compassionate towards yourself. You're a work in progress. You will fail consistently, and you will also have small triumphs everyday. Figure out tangible, practical, and perfectly mundane ways you can love the world every day—and then do it.

Also, learn history. You can't possibly make sense of violence happening today without having a deep understanding of history. Everything going on today is rooted in the past. Bringing joy into the world takes up space in your life and then there is less room for all the violence.
Tags:
Views: 2047
Related articles