Mr. Sexsmith's Other Girlfriend: The Value of Retreat 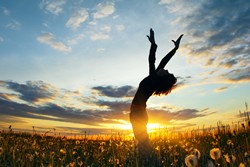 I’m returning from nearly a week at a retreat center outside of New York City; literally at this moment I am sitting on an Amtrak train watching the telephone poles zoom by the window with a backdrop of barren deciduous trees and tall grass meadows and icy ponds, all covered with snow.

I’m noticing that I am not bothered by the small groups of people around me who are carrying on casual conversations in the same way I was on the way up; it was a very different group of people, however, who were leaving New York’s Penn Station in the middle of a Tuesday verses people who are going to New York at noon on a Friday. The folks on this train are mostly women, many traveling with friends, a few traveling with younger kids. The people on the train I took on the way up were business men with laptops and cell phones who were not afraid to bark orders into them for all the others in the train car to hear.

But it’s not just my fellow passengers: my own attitude and demeanor is much more relaxed than it was on Tuesday when I left. This is a consequence of being at a retreat center for a week where the residents are all so easy going that, I’ll be honest, the first time I was there I wasn’t entirely sure I was going to be picked up at the train station or have everything set up before I arrived, since everything I heard from their end was so casual. “Sure, sure,” they all said, and I could never quite be certain if I was being brushed off or if they were noting my requests.

Turns out, they were noting the requests just fine, I am just less used to casual care and more used to the “OH MY GOD EVERYTHING IS A BIG DEAL” mode of operation that New York City brings to, well, everything. And not only is everything a big deal, but whatever request or need or question that you might have is a complete inconvenience, and don’t you know that they could be doing something far more important right now if they didn’t have to stop to answer you and your ridiculous request?

See, that right there is precisely why I need to get out of the city every once in a while, to remind myself how it is that the world operates in most places that are not the Big Apple’s urban jungle. Sometimes I forget it myself, but believe it or not, there is a world outside of that gravitational black hole, and the people who live other places do not believe their lives are fundamentally missing something because they do not dwell in the concrete playground. Or at least, most of them don’t. Perhaps a few do. Some of them even dislike the idea of big city living, noting all of the things that I would complain about myself, like the over-abundance of people, the lack of resources, and the constant, overwhelming attack on all of one’s senses.

Upon return, I can already feel myself a little more open, a little more grounded—I feel more like myself. I feel more solid and less like I’m going to blow over in the next windstorm or be buried under the next swirl of snow. I feel less like I will need to answer to the insecurities of the people around me and more like my only obligation is to answer to the calls within myself, the inner tendencies to express and theorize and analyze. I feel lighter, easier. Better.

I cannot forget this value of retreating, of separating myself for a while from the big–city, overstimulated, overbooked life I’ve been building and taking a few days to go inside and deeply focus. It’s easier to articulate the complicated stuff when I can come from a place of care and clarity, easier to delve into issues of gender and sexuality, of identity construction and healing, of our life’s work and the depths of what we are called to do.

This particular retreat center, Easton Mountain, is run mostly by gay men and tends to attract a variety of seekers of spiritual enlightenment or enlivenment, healing, introspection—who primarily tend to be other gay men. They throw weekend and week-long workshops and retreats in their space over the summer, where hundreds of participants come to explore the inner workings of their selves. They don’t have very many programs for women only, and since many of their workshops explore sensuality, eros, and other sexual topics, they do tend to divide them by gender, and they have yet to build a workshop specifically for the exploration of gender for folks who identify as genderqueer.

But still, I was drawn to this beautiful place, and when I started thinking about where I could spend some time in January, Easton immediately came to mind. I needed a place I could go to get away, somewhere I could go grapple with some of my own personal demons and think about the changes that are happening in my life, in my relationship, in my writing world—what it is that I really want to be tackling and fighting with, and which fights were just not worth pursuing.

It’s kind of amazing how many Big Insurmountable Problems become quite small when I tweak one simple way that I’ve been looking at them. Usually, it’s the sense that something shouldn’t be some particular way because it wasn’t that way before, therefore it is just so wrong that it is that way now. Except, it is that way now. It has changed. Things do not stay static, everything changes and evolves and becomes something other than what we think it is—it is one of the most beautiful and most frustrating aspects of this corporeal spiritual world. It would do me good to remember more often to accept what it is that is right in front of me rather than some ideal I have previously decided was Reality.

It’s been a lovely break from the big city, but I do miss my other girlfriend, and I do miss New York. I enjoy it even more the week after I return—I can see the sparkly parts so much easier and appreciate the complications of living in such a vortex of life and energy and opportunity. I just hope I can bring this clarity back, and stay buoyant, with a little extra levity.
Tags:
Views: 1268
Related articles