SexCult: Is He an Addict or Isn't He? 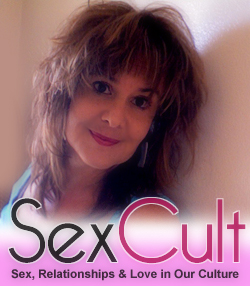 Dr. Drew's Celebrity Sex Rehab has brought focus to sex as an addiction, an idea with which many disagree, including some of his former celebrity patients.
I’m not very good with names but I never forget a mental health issue.

Many people might know Phil Varone’s name because he was the drummer for Skid Row and Saigon Kick, but I remember it because I’m a Dr. Drew junkie (and yes, I’m aware of the irony in that phrase). Varone participated in Dr. Drew’s Celebrity Sex Rehab 2009 and last week our own Rayne Millaray reported some recent moves on his part that don’t exactly sound like those of a sex rehab grad, to wit: appearing in Playgirl, releasing a sex tape called [Phil Varone’s Secret Stash] of him having sex with some of his many groupies and becoming a weiner model for a California Exotics sex toy. His penis, they say, has a “unique feature” leading us to wonder things like…what feature? Can you synch it to an iPhone? Is it a water feature? Does it just lay there when people are around but jump up and sing “The Michigan Rag” as soon as they’re gone?

But mostly, how does this jibe with sex rehab?

Wouldn’t that be like if Kirstie Alley gained all the weight back after Jenny Craig…and then did Fat Actress (before slimming down on her own to look awesome)?

For starters, to talk about sex rehab, one has to talk about sex addiction and what it is or is purported to be. The Diagnostic and Statistical Manual of Mental Disorders, the Bible of the mental health profession, is going to be revised for 2013 and Time magazine reports that one of the proposed changes would be the inclusion of “Hypersexuality,” not among the addictions, but in it’s own category, defined in detail here. It sounds similar to addiction or compulsion, mostly in that its out-of-control nature causes distress in the subject and lead them to risky behavior for themselves and others. Yippie co-founder, Paul Krassner, once told me in an interview that his definition of addiction is something you start out doing for pleasure and end up doing to avoid pain. I’ve yet to hear a better summation.

Also, addictions can change the brain. Toronto neuroscientist Marc Lewis recently released his autobiographical book, Memoirs of an Addicted Brain, about his own drug addiction and in the Winnipeg Free Press he explains how brain systems related to goals and those related to finding meaning create a cycle - you attach value to something, your pursue it, the more you pursue it, the more value it has, the more value it has the more you pursue it... “you are growing a network of connections between brain cells that becomes consolidated.... and that's really what addiction is.”

Personally I think you can probably be addicted to just about anything.

So, having considered how serious this stuff can be, was Phil Varone a sex addict?

According to Phil Varone, no, he wasn’t. He told the Chicago AV Club in an interview in July that an agent called him and said the show wanted a rock star. He had “slept with a couple thousand women when I was touring,” but he doesn’t identify as a sex addict, he was just doing what rock stars do. He said he wouldn’t do the show if asked to today, that the producers didn’t show the agony of real sex addiction, but he spoke admiringly of Dr. Drew, saying he was a truly caring physician who gets a bad rap for doing a lot of TV. Varone’s fiancee, he says, is aware of all he does. “We’re swingers and we’re open,” he said, and also “I’m in entertainment, and in all aspects I have to entertain, whether it be in music, jokes, or watching me have sex. All that has to be entertaining in some way.”

On one hand, how much more sense does that make now? That’s less like a relapsed junkie than someone with ten extra pounds going on the World’s Biggest Loser (where other contestants might have the real problem of 100), losing it, gaining it back and parlaying the experience into a book on self-acceptance. That kind of path to fame is normal for our culture (and it works; to repeat, I wouldn’t have known who he was were it not for the show). So maybe he’s sex-happy but he’s not unhappy. Great! It’s important to point out that what some people might want to cast (no pun intended) as detrimental sexual behavior isn’t necessarily so for the person doing it. Also, as a former bar reviewer and current love-and-sex writer, I certainly understand parlaying your pleasures into a paycheck.

But while it’s good, and quite understandable, to see someone enjoying sex because it’s enjoyable, the “it-wasn’t-real” aspect is still a little bothersome to me. What, for example, happens when someone who really does have an agonizing sexual compulsion sees that a former rehab ‘patient’ is essentially going in the opposite direction and doing fine? Do they decide their real problem probably isn’t real and dismiss the idea of getting help they might actually need?

Varone certainly seemed quite serious on the show… in fact, he seemed like one of the more stable people there and, in hindsight, I guess that’s because he was. So… was it fake? Did I (like women often do) buy into an intimacy that wasn’t genuine?

I’d say it’s my own fault for believing something on reality TV, but that feels a bit too “blame-the-viewer.”

I’m not going to let that snag unravel the entire fabric. I’m not even sure it is a snag. I learn a lot from Dr. Drew’s Celebrity Rehab, about coping mechanisms, facing things you think you can’t and mostly that I never want to look like the gigantic Nellie-Olsen-enfant-terrible-super-brats some of these people come off as.

So I’m still going to watch Celebrity Rehab because even though a lot of people in the reality industry don’t know it, people having realizations and making changes is more impressive than people causing drama. Being shown ways to face uncomfortable problems (even if they’re not always as problematic as one thinks) is valuable.

But then…I may just be making excuses to keep my habit. I did mention I was a junkie, right?
Tags:
Views: 1520
Related articles