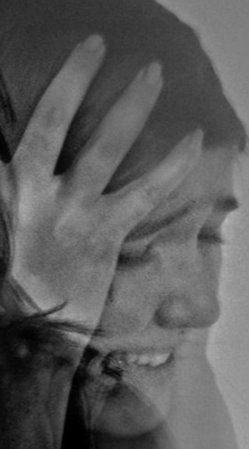 http://depressionanalysis.com/bipolar-disorder-treatment
The world is hard enough to figure out without the instability of bipolar. Up and down, insanity and complete clarity. My mind is constantly betraying me. My emotions- are they real or are they exaggerated? Normal situations become a puzzle, always wondering what's reality and what is strictly emotional. This is my story of finding BALANCE in an otherwise upside down world.

"Everything previously moving with the grain is now against-- you are irritable, angry, frightened, uncontrollable, and enmeshed totally in the blackest caves of the mind. You never knew those caves were there. It will never end, for madness carves its own reality."

— Kay Redfield Jamison, An Unquiet Mind: A Memoir of Moods and Madness

I'd love to say that isn't me, but the truth is, I can't tell who I am anymore. I'm searching for balance, struggling with who I want to be and who my mind tells I am. I'm a prisoner of myself, made to watch as I act on impulse and emotion.

I haven't always been like this. There was a time when I was level and calm. Things affected me the way you would expect. I handled situations with grace and without emotional outbursts. Then again, I was ten. There were always the traces, where if you were to look back on my history, you would see where it started. My inability to concentrate on school work was one of the most tell tale signs that something was wrong. I knew the answers, I knew how to do the assignments but my mind would freeze. I was unable to recall simple things and it frustrated me. I KNEW the answers were right inside of my mind but they would become cloudy and I felt hopeless. After that, I was diagnosed with ADHD at age 12.

I know my mom loves me and that she did the best that she could, but I remember being so alone. Being criticized and punished for things I couldn't control and desperately wanted to change. I remember falling asleep at the dinner table crying because I wasn't allowed to get up until my math homework was finished. I was trying so hard but my mind was taking the information and scrambling it, making it unreachable and making me feel so hopeless. If I couldn't control my own mind, what could I control? It's hard for me, knowing what I know, to understand how a parent could be so blind to the pain of a child. I wish I had been given love and understanding instead of forcing me to be something I was incapable of being.

My younger brother had soon been diagnosed with bipolar disorder. He acted out and was never held accountable. When he was mad, he broke things but it was OK- he was bipolar. In a way, I feel that the knowledge of his disorder enabled him. It's hard to tell what was actually the disorder, and what was done just because he knew he could. It was always frustrating for me seeing him get the comfort and warmth that I had wanted. He was given the chances that I wasn't. His actions were uncontrollable and part of a disorder, something they couldn't change. So they didn't. They just loved him for him. What made me so unworthy of the same, with or without Bipolar? I WAS held accountable and constantly misunderstood.

I went through a phase of heavy drinking and sex. I would end up naked at parties. I was having impulsive and unsafe sex. I was doing things I wouldn't normally do like threesomes and oral sex on women. I was smoking weed and throwing my life away, as if I had no cares. I would spend all of my money in the blink of an eye and quit my job just as fast. I felt unstoppable. But those feelings went away and I was left alone, used and in a panic over the devastation I had just brought to my OWN LIFE. I was my own worst enemy, as if I was taken over by someone who wasn't me at all and left to clean up the mess once I had control again.

I was 24 before I saw anyone about the problems I was having, and it took having a boyfriend with the same problems to convince me to see a doctor. Our problems had gotten out of control, two people butting heads constantly. I was crying for no reason, unable to make myself talk for hours, breaking things and cycling through emotions at a rapid pace. But I didn't feel alone anymore. We went to the doctor together, who did a Bipolar checklist. Every box was checked and I was given Seroquil samples to cover the next few weeks. As a celebration for finally having a label for my unhappiness and some sort of explanation, we decided to buy a bottle of rum and drink the night away. As it turns out, rum doesn't mix well with mania. Things quickly escalated and before I could comprehend how out of control I was, I was waking up in a hospital bed with a catheter and heart monitors. I had been dropped off by the police and sedated. My blood alcohol was nearly 40% and I was lucky. As I lay there, images flashed through my mind. I had so many questions and my gut was twisted in fear. How ironic that I should come to my worst point THIS day. I thought I had reached rock bottom. I had destroyed everything in one night. But what shocked me the most was the moment they said "You're fine now, but there's something else. You're pregnant, about six weeks now."

I was admitted to a psychiatric unit for monitoring on a three day pink slip from the police. While I was there, I worked up the courage to call my boyfriend to tell him the news. Each time he hung up on me or sent me to voicemail. I was crippled in fear as I left the message for him. "I'm pregnant." Barely a whisper. He called back immediately, almost in tears as we talked about how he wanted nothing to do with me. He wanted an abortion and I wanted a family. I had been so close to finding my balance. He had stuck with me through everything. How could he bail when I was right there? I was closer to stability than I had ever been. I couldn't be alone through this.

I was released from the hospital and things calmed down. Sean and I gave it another shot and we stuck out the bipolar until I gave birth. I stopped drinking and smoking, and started mood stabilizers and anti-depressants for both the bipolar and the mild postpartum depression that I had after the delivery. The pills make things bearable but they limit my emotions. I'm still impulsive and reckless. I still become livid over small things. Last night I spent over $200 on clothes on a whim, and now I feel sick about spending money that I needed. I want to be in control but for now all I can have is mild sedation. Things are still hard, but I'm working towards a better life for my family. I can't say that I'll ever be normal, and I don't know when I will own my own thoughts, but I'm happy to say that I've been changed and I feel more understood than ever.
Tags:
Views: 1665
Related articles

Other articles by Jamesey