Is High School Sex Ed Going Too Far Or Not Far Enough? 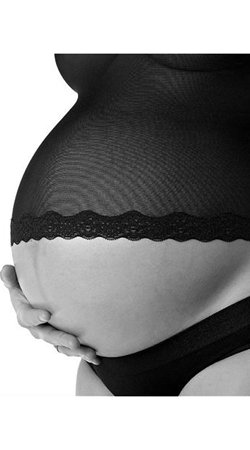 With the rate of teen pregnancy escalating, I have to wonder... are high schools doing their part to prevent it?
I remember my high school Sex Ed course. It was three, one period classes during my freshman year. That was it. They had to jam all of that information into a course that was a couple of hours long. At the time, I was glad it was short. I mean, I just wanted to get out of there and go to lunch. Thinking back though, it just wasn't enough. Especially when you consider how many girls that I went to school with, both in and out of my graduating class, got pregnant. Heck, there were girls that walked at graduation pregnant. So it begs the question: are high schools actually doing enough to prevent teen pregnancy?

First off, all high schools need to have a Sex Ed program. Period! Ignoring is not going to make kids not have sex; it's just going to make them act recklessly. Why not let their parents do it? Face it, some of these kids are too scared to talk to their parents about having sex and, quite frankly, some of the parents are too scared to talk to their kids! Where they stop, the school has to fill in, just like with any subject.

The schools have to make the class long enough in order to fit in all of the information. There is a long list of things that need to be covered in a good sexual education class and three days just doesn't cut it. Also, it should not be a onetime thing. High schools need to repeat the class every year for ALL of their students, not just freshman. Why? Because some kids aren't going to be sexually active at the time of the class! They're going to forget what you told them, which is just as dangerous as not having the class at all.

Make sure to stress the important things. Telling them not to have sex isn't going to work on all kids. A lot of them are going to want to have some kind form of sex and they need to know the risks. I'm not saying don't stress abstinence. Schools can encourage teens to practice abstinence and educate them on safe sex, too. Abstinence doesn't work for everyone, so schools cannot rely on it to get them out of an uncomfortable conversation with students. Another thing to stress is types of birth control and HOW TO GET THEM. We glossed over that subject in high school. How many different types of birth controls can most people name? My boyfriend is 21 and he didn't know there was a birth control patch until two days ago. These classes need to teach the student what kinds of birth controls are out there, how effective each one is, the costs, and where to obtain them. Yes, some parents are going to pay for their children's birth control, but some aren't. Some just don't want their parents to know, which is their business. So these kids need to know where to get it without their parents.

Finally, the schools need to give students something to walk away with. The only thing that our teacher gave us was a poorly drawn chart on how to perform a self-breast exam and that just wound up passed around by immature teenage boys. In fact, I remember exactly where mine went after class. Directly into the trash can. Kids are probably going to toss any reading material you give them into the hurricane that is a teenager's bedroom where it may be lost forever, unless they believe that it is actually useful. Self-breast exam? They're not going to care. Attach a sheet that tells them where to get free condoms? Now you're talking. Instead of passing out individual sheets, give them one big pamphlet at the end of the course and make sure you include all of the right things. This includes:

-Information on types of birth control and ALL of the ways that you can obtain it
-Signs and symptoms of different kinds of STIs
-Information about pregnancy (costs, prevention, statistics)
-The location of the closest Planned Parenthood and contact numbers
-How to recognize UTIs and other infections that could be caused by sex
-Phone numbers for STI/Pregnancy support

And that is just some of the information that should be included. Also, they need to pass out both male and female condoms. Take it from someone who's younger brother is now teen father. He said the reason he and his girlfriend didn't practice safe sex was because they were too embarrassed to buy condoms. At the very least, condoms should be made available in the nurse's office. If the school is going to have pregnancy tests there, they might as well have condoms, too.

The fact is that schools are worried about upsetting the parents or their bosses. There are going to be those people that believe that educating kids about sex is going to make them have sex. I was lucky enough to have parents that filled in what my school failed to tell me. If you're a parent, I encourage you to ask yourself: is my child's school doing enough to educate them on safe sex? If the answer is no, maybe you should take some action.
Tags:
Views: 1696

FreedominBondage
What do you really know about me? I love sex. I enjoy roleplaying, bondage, and trying new things. ;)