Let Me Go Get My Rubbers 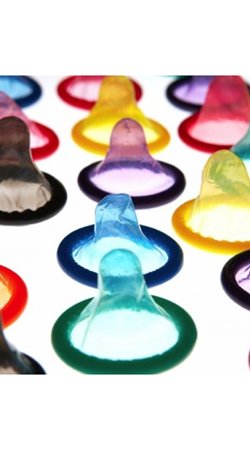 provided by nerve.com
I hate that people think that condoms are an option for birth control. The only time you should be using condoms as your birth control method is if you wouldn't mind a birth or two in your future.
I’m sometimes shocked by how little people know about safe sex. It was on a school trip a few months ago that I was truly floored. I was talking to a girl who seemed perfectly normal: a smart girl who loved to read and struggled a bit with math. She was involved in school and had an active social life. There was nothing outwardly strange. And then she said something that floored me and made me wonder how she could even exist.

“Well, I want to have kids someday. So I don’t want to use birth control.” She refused to use any form of birth control other than condoms because of the risk of infertility.

Good thing you want kids, I thought, because you’re going to have them very soon if you’re not using any other form of birth control.

Here’s the black and white of it. Condoms aren’t good birth control. They’re just not. They are only 95% effective when used in OPTIMAL conditions. This means they not only have to be used correctly (which most people don’t), but they also have to be in perfect condition (condoms thrown into purses or put in wallets are often not). When used in typical manners, they have a failure rate of about 15%. 15 people out of 100 pregnant in the first year. Condoms are really bad birth control.

What condoms are good for is disease prevention. “They do not provide 100 percent protection, but for people who are sexually active they are the best and the only method we have for preventing these diseases,” said Heather Boonstra of the Alan Guttmacher Institute.

A lot of people reading this probably already know how to put on a condom, but for those who don’t or may be using it incorrectly, I’ll go over the steps.

Of course, doubling up condoms actually causes condoms to be LESS effective rather than more. So please remember, condoms are really important. But they’re really not a great option for birth control. They’re great disease control. If you want to read more about birth control, check out my next article!
Tags:
Views: 1720
Related articles