Men Get Breast Cancer Too 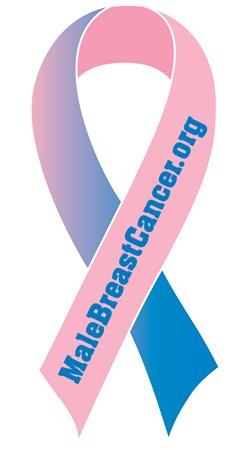 Even though male breast cancer rates are low, they are continually rising. Public awareness needs to be increased.
This is not a disease for women only, even though you very rarely hear about it.

Less than 1% of all breast cancer diagnoses are men. That number is rising over the years and men don’t typically seek treatment as fast as women because they don’t know that they need to. With men delaying treatment, the cancer is usually in an advanced stage and their outcomes and success rates are much lower.

In 2005 the male breast cancer death rate was approximately 25% of all men diagnosed. The death rate is possibly due to a delay between the first finding of the lump to diagnosis and treatment. Many men don’t know that they can even have breast cancer and therefore don’t get excited when they find a lump. Basically the larger the lump, the more advanced the disease is.

According to the National Institute of Health, in the United States in 2009 approximately 1910 men were diagnosed with breast cancer and 440 died due to the malignancy. There has been an increase in the numbers of breast cancer, approximately a 26% increase in the time period between 1973 and 1998. Those are firm numbers and the continuing research indicates that the numbers are rising. The rates of male breast cancer among black males are higher than that of whites and Asian pacific islanders in the United States. In a presentation at the World Health Organization in 2006, male breast cancer increased world wide at the rate of 26% in the time period between 1986 and 2006. These dates seem to be old compared to us now in 2012, but it takes that long to gather all the information.

The majority of male breast cancer is diagnosed due to the finding of a lump, dimpling of the nipple, or breast discharge. Typically mammograms are not performed on men since they lack the density in the breast to be able to use the equipment. Needle biopsies are commonly used to diagnose the cancer. It has also been found that married men tend to be diagnosed earlier and have a better prognosis since they catch the cancer earlier.

Male breast cancer is treated much in the same way as female breast cancer. There is a lack of research in this area because the numbers are relatively low. There are few clinical trials and reports available due to the rarity of the disease and much of the research has been based off of female breast cancer. Mastectomies and lymph node removal are common as is treatment with radiation and chemotherapy. In the earlier studies, many of the men found to have breast cancer were elderly from 60 to 80 years of age. Current case studies are showing that males as young as 39 are being diagnosed.

So ladies, when you are having your intimate moments with the man you love, it’s not all about him checking you for lumps; it’s time to repay the favor.
Tags:
Views: 2266
Related articles