SexIs Subjective: Sexual Freedom and The Lack of It 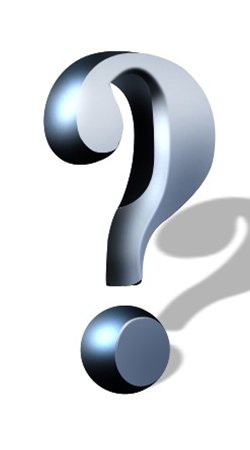 http://adobeperson.com
At our current time, we are fortunate that we are allowed to be who we want to be and have our own sexual preferences.Yet, at the same time, there are Jamaican citizens who are being beaten, or even killed, because they are gay or suspected to be gay. The Jamaican government isn't taking action against these vigilante mobs.
Sexual freedom

In the United States, there have been many civil rights “turn of events”. In the 1960s women fought for the pill, and the right to not to wear their bras. In 1973, abortion was legalized and homosexuality was removed from the list of mental disorders. In 1993, the “don’t ask, don’t tell” policy on homosexuality was implemented and today many states have adopted same-sex marriage.

We have become a much more accepting society. We allow people to be who and what they want to - at least, as far as our government is concerned.

We still have people who feel that they are the only ones special enough to judge others. This even happens to me. My goodness, when I mention that I use sex toys, some people just about come unglued. A very nice person, on the internet, left a comment that use of sex toys has become a new form of “coming out” I firmly believe that what goes on in my bedroom is no one’s concern, but my own, and my consenting partner's.

But we must remember, people living in the United States are very fortunate while, others are not. At work, within the past week, I had a co-worker explain to me that she has friends in Jamaica that are being beaten and killed for being homosexual. Jamaica is seen as the most homophobic country in the world. They still have anti-buggery (anti-sodomy) laws in place. Human rights groups, from all over the world, have been fighting for homosexuals in Jamaica. This is going on in other counties also but I have just started looking into it.

These individuals, who are basically vigilantes, are harming suspected homosexuals without even knowing what is going on in these people's bedrooms. Just because a male acts feminine does not mean that he is a homosexual, yet this is a commonly accepted myth in Jamaica. The government isn't holding the individuals accountable because they feel that the homosexuals "deserve it." Some individuals, who are perceived as homosexual, are being run from their communities and left homeless. Many are finding ways to leave the country and immigrate to places that are more accepting of their sexuality. In June of 2012, there were two incidences of violence that occurred because people were suspected of being homosexual.

The Jamaican Buggery law is a very broadly worded law that encompasses many sexual situations including rape, sodomy, and bestiality.

Of course, if you are homosexual and go to Jamaica for vacation, they will gladly take your money.

To me, this is an atrocity. My heart goes out to those people who have to deal with being persecuted for their beliefs. I can’t believe that it is actually going on at the level that it is, in our current time period. I guess that ignorance is bliss.
Tags:
Views: 1352
Related articles