Studies Show Circumcision Reduces the Risk of HIV...So Now What? 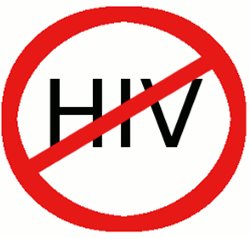 Courtesy SneakersAndPearls
Studies in Kenya and Uganda show that circumcision reduces the risk of contracting HIV, but does that mean circumcision should be the standard?
There is big news in the medical community right now about the link between circumcision and a reduction in HIV infection rates in some African nations, particularly Uganda and Kenya. These studies are a few years old now but are being talked about again on many major news sites because scientists think they may have found some reasons behind their previous findings.

We'll start with a little bit of background for those that are not familiar with the original studies. In 2006, several researchers set out to find if there would be a reduction in HIV infection rates in men if they were circumcised. The studies were canceled early, citing that it would be unethical to only circumcise some men but not all. Even with the early ending, the studies found a 48-60% reduction in HIV infection incidence in the circumcised group. They now knew that circumcision could help lessen the spread of the potentially deadly STI in areas severely suffering, but they didn't know why circumcision worked that way.

Recently, researchers have come up with some very promising and very plausible reasons as to why circumcision would reduce the likelihood of transmission from female to male (but not male to female. We'll come back to that). In a study of Ugandan men, researchers found that circumcised men had a lower number of bacteria that live in low-oxygen environments one year after their circumcision than their uncircumcised counterparts, and 81% less bacteria overall. The theory is that with the foreskin removed, you are also removing an area where infections would love to hide. Without all the bacteria that would normally be hiding under the foreskin, the body frees up the Langerhans cells (special immune system cells) to help fight off nastier things, like HIV. T4 cells (immune system cells) would also generally be present to combat bacteria under the foreskin, but HIV can attack these cells. Without the foreskin, there are fewer of them present, further reducing HIV's route to infect the body. Finally, foreskins can sometimes tear, giving HIV easy access. Without the foreskin, of course, there is no foreskin tear.

If you think that a twist in the meaning of information about this issue is in itself unlikely, think again. It's already happening with many news agencies freely replacing “risk of infection” with “risk of transmitting.” The first statement is true. The second is blatantly false. In fact in 2009, a study ended early after the hypothesis that an HIV positive circumcised male was less likely to transmit HIV to his female partner proved to be wishful thinking. However, that fact hasn't encouraged news agencies to watch their words. Some articles almost seem to be misleading on purpose. One article I read claimed that the rate of transmission to a partner was lower and had a link to another article to back it up. When I followed the link, I arrived at an article by the same author on a different news site. Guess what? That article had nothing to do with circumcision and transmission of HIV, but the use of anti-viral medications and HIV transmission rates. The difference between lowering the risk of a male transmitting to a partner (current studies show no reduction in this when circumcised) and having HIV transmitted to him (what the studies actually showed) are two separate ideas. It's a pretty big mistake to make when you are trying to educate the populace.

Still not convinced that the issue may get twisted out of hand? Allow me to point you to a BBC article from 2009. The very first sentence of the article is, “Circumcision is known to protect men from acquiring HIV.” It's that exact sentiment I'm worried about. It's the jump from “less likely” to “won't.” Circumcision in and of itself won't ward off HIV. Yes, it can reduce the incidence, especially in developing countries where barrier methods and education on safer sex practices are hard to come by. But what about in the US and other developed countries? In the US, circumcision prevalence varies by region and time frame. Some surveys claim that circumcision has declined, while others claim that the rates have gone down, then up, then down again. Even with circumcision numbers yo-yoing, HIV transmissions between partners has decreased. In 1984, the annual transmission rate (yes, I said transmission and I meant it) was 44 per 100 infected people. By 2006, that rate dropped dramatically to 5 per 100. With circumcision rates rising and falling, a steady decline in HIV transmission rates must be attributed to other means of prevention, most likely safer sex practices and education.

In some parts of the world, condoms and education are scarce and circumcision really can reduce the incidence of HIV. In developed countries, like the US, we can not look at circumcision as some sort of magic cure-all that will prevent HIV and other STIs. Reduce the risk? Yes, some. Prevent? Absolutely not. Be careful how you take the new round of circumcision studies. Circumcise if you want, don't if you don't, but don't fool yourself or your children into thinking a circumcision is any replacement for safer sex practices. Condoms, after all, are even more effective at preventing HIV than circumcision.
Tags:
Views: 2149
Related articles