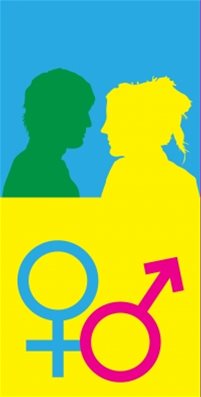 Freedigitialphotos.net
When it comes to Sex Education, kids get information from all over; from church, school, and even parents. Who is the best one to be sharing the information? When thinking back to my own education, it's not hard to have an opinion.

"Does sex education encourage sex? Many parents are afraid that talking about sex with their teenagers will be taken as permission for the teen to have sex. Nothing could be further from the truth. If anything, the more children learn about sexuality from talking with their parents and teachers and reading accurate books, the less they feel compelled to find out for themselves."

Sex Education can be scary for both parents and kids alike. It's my personal belief that it should be a joint venture between the schools and parents, with the church staying out of it. However, looking back on how I was taught, I know there are changes that need to be made by the schools.

I remember going through sexual education. When most of us were going through the brunt of puberty, our curriculum was based on learning the basics about sex and where babies came from, as well as a small introduction about what could be caught from any unprotected sex we might have. As parents had to be informed that we would be going into that section of our health class, they sent out permission slips that had to be signed by our parents, saying that the school had permission to teach us. There where a couple of girls in my class who had parents that pulled them out for religious reasons; one who did agree with being pulled from the class, and another who actually begged the teacher to let her stay in the class as she honestly wanted to learn. I remember actually giving her my notes from the class later, so that she didn't feel left out. Afterwards, my parents had made sure to let me know that I could ask them any further questions that I had. They even pointed me in the direction of some books that could answer my questions further. They never hid the truth about things from me -- or at least they didn't hide the truth about most things from me when I had questions. It's because of this open door for questions that I was very open about sex, or at least about my questions, with my parents.

There where still some things that were covered that I was afraid to ask about, and looking back on that, I wish that I had asked. No birth control, other than the pill, was really told about by my health teacher. We were only taught that it was to stop pregnancy from happening, and that it was just for people who were actively having sex. As I wasn't actually having sex at this time, I didn't push further to learn about birth control, not knowing that the pill could also be used to help regulate my period (which is what I use it for now, in my adult life). It would have also been nice to know about the different types of birth control, so that I could actually make a choice about what would work best for me, and so that I would be able to talk to my doctor about the methods in further detail. From what I remember of the class, there was more emphasis put on the boys using condoms than there was on the girls taking responsibility, too. Another thing that I believe they need to cover is that we as females need to be responsible for making sure that we are protecting ourselves, as well. The final thing that I wish they covered is consent. Because we were split into two groups back then, I have no clue what boys are taught. However, even now, my cousin (who is 19) was taught the same things that I was about rape; she was taught all the ways that she could stop it and prevent it. I think that something like consent needs to be taught with no barrier between the genders, because boys need to hear the same things we do (past "don't rape").

Even if kids aren't going to ask questions, it can't hurt to leave things out for them so that they can continue to learn on their own. They just might be the kind of kid who would rather look for the answers on their own, and that is fine as long as they have that outlet.

In the end, I believe that it comes down to our schools and parents just coming together to make sure that kids are taught the things they need to know. They need to be allowed to ask the questions that they need the answers to without them being stifled (or shot down) because it's too scary.
Tags:
Views: 1588

I am also a huge reader and lover of much geekery. You name a fandom and I am pretty sure I am either a part of it, or have been a part of it in the past. I love to write as well, mostly fiction but I am starting to dabble in the realm of non-fiction these days as well.

Also, totally dislikes writing bios and will more then likely end up changing this many times over as I am never happy with them staying the same for too long.