Where in the world are the dental dams!? 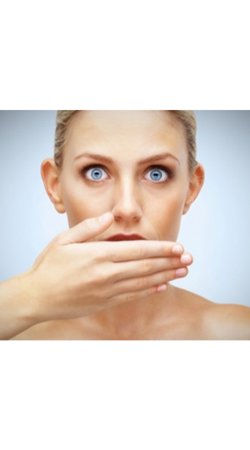 Provided by Salon.com
Condoms have become standard practice in sexual education, but dental dams remain something rarely discussed. Why is it that sex education is so often told through old fashioned terms?

SEX: It's not just for men anymore

I often times find myself browsing the internet reading sex articles on sex advice, tips, tricks, but also health related articles, things like just how effective different forms of birth control are, or what the risk from unprotected oral sex are, which diseases you're more likely to contract versus diseases that you're not very likely to contract and just how likely of contracting any of them you are. I thought it was fascinating. I may not be in high school anymore, but I’m still interested in sexual education.

So what exactly is the relative risk of different STD’s being transmitted through oral sex? Herpes and HIV? Off the scale. Syphilis...much less so. Of course, the articles said the person who was GIVING the oral sex was much more likely to contract an STD than the receiver. (Talk about the gift of giving!) And while I was reading this, I kept bumping into the word condom. At first I didn't think anything of it, but then it got me thinking, why was there no mention of dental dams? After all, you’d have to be pretty creative to use a condom to protect yourself when performing oral sex on a woman.

Now, EdenFantasys has representatives of all sorts of sex. Even things that rarely get discussed in mainstream culture (Polyamory, BDSM, etc.) have a strong voice in the community. So you would think that of course EF is going to carry something as mundane as protection for basic oral sex. But even sights that are as great as EdenFantasys (that sell dozens of condoms) do not sell dental dams. What's going on here? Even in a website as accepting as this one, it’s as if oral sex being performed on women didn’t exist. A clit sucking simulator? Check. Dental Dams? Nope. As if the only person who would be willing to suck a clit is a robot!

I belong to a fairly liberal state. We had sexual education classes. We weren't taught to just say no, as if sex was crack. Yet, even in this fairly forward state, there was only penis penetration. That was the only thing they were considering sex. Everyone is in a huff about how young people aren’t considering oral sex to be sex and that this flawed thinking is putting teenagers at risk. And yet they themselves are using flawed thinking in their education practice.

Sex isn't just a penis penetrating a vagina or a mouth, and yet that's still how society is defining it. The very people who are supposed to be educating us about sex are failing to address homosexuality, lesbianism, and *shock* the fact that men perform oral sex on women.
Tags:
Views: 2909
Related articles