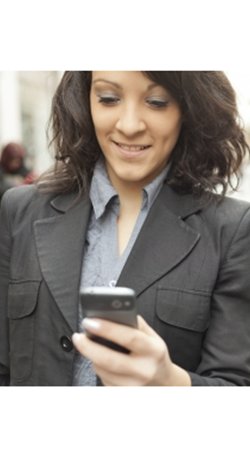 freedigitalphotos.net
"50 Shades of Grey" is everywhere. No matter what you think of the writing, the books have brought erotica out from the shadows in the publishing world. With the way erotica is being viewed currently and the advent of E-readers, there has never been a better time to love erotica.
Everyone and their brother have heard about the phenomenon that is "50 Shades of Grey” by now. I know this because even my mother has mentioned the books and wondered if she should read them. If you’ve read one of the books or all three, you no doubt have a strong opinion on them. You either loved them or you hated them; there are few people who after reading them will sit on the fence regarding their opinions.

What the books have done though is help make erotica a little more acceptable to mainstream society. For years people, particularly women, have read romance novels in the open in society but nothing more than that. But you are seeing heavier fare appearing not just on bookshelves, but in people’s hands as well. And that is only what we can see, and not the titles that are hidden behind the electronic glow of an E-reader. I recently went on vacation and while lounging by the pool one afternoon, I saw six different women reading one of the “50 Shades” trilogy. I’m sure there have been many instances in the past of several people reading something by the same author in such close proximity, but I doubt that the topics referred to BDSM and had such a healthy dose of sex thrown in. But there they were all by this small pool. My wife and I shared a knowing glance as she saw all of the women reading and I thought about how no one was looking at anyone with derision or contempt because of their book choices.

I’ve previously talked about the impact that “50 Shades” could have but now we are starting to see the residual effects come. While “50 Shades” is ruling the New York Times Bestseller List, other books that would be classified as erotica are finding their way onto shelves and into peoples’ homes. A few days ago I was in a local big box store (I won’t mention their name but the major color in their logo is red) and noticed the book display. Of course there was a display for “50 Shades” but below that were three other books. I picked up each one and read the back cover and all three dealt with BDSM themes and mentioned both bondage and submission in their descriptions. One seemed to be a knock off of the “50 Shades” trilogy, but the other two seemed to have much more imagination to them while remaining in that same realm that has served E.L. James so well. I was very impressed that even a larger chain that can be slow to respond to trends because of the sheer volume it must deal in already had more choices for those who aren’t afraid to read erotica in public.

Beyond those who are more comfortable in reading erotica in public, the advent of E-readers have made erotica that much more accessible for people in society. When you have a Kindle or an iPad in front of you, no one knows exactly what you are reading. I have wondered if “50 Shades” would have had the same level of success if it came out before E-readers became so prevalent? I tend not to think so. Some people in society are now fine with knowing that they are reading erotica and some still prefer the anonymity that an E-reader provides. Whether someone is reading a traditional book or an electronic version, erotica certainly seems to be on the rise. Even a few years ago mentioning that you read erotica regularly or write it was not something you did in mixed company. Maybe there would be that friend who you told everything to, but otherwise it was your dirty little secret. Now it seems that if you haven’t read the books or at least know something about them then you are the weird one. This can only be good for those of us who consider ourselves “erotica enthusiasts” or at least that is what I have dubbed those of us.

Publishers listen and react to the sound of the cash register ringing. Erotica has never had a large foothold in the publishing industry because it was seen as a niche market. Many people were ashamed or embarrassed by the erotica they enjoyed so they were less likely to take an erotic thriller to the counter and make their purchase. But with this success people are less and less ashamed of their interests and are spending more on erotica and erotic thrillers. Publishers will now see this as a growth market and will hurriedly rush out lots of “50 Shades” knock-offs for sure, but they will also give chances to authors who wouldn’t have had an opportunity otherwise. And I feel this is great for those of us “erotica enthusiasts.” We will have a choice of so many more quality stories and authors than we would have had years ago before the success of “50 Shades.” With self-publishing made relatively easy for electronic readers and publishers deciding to be more and more racy than the old school romance novels your mother and grandmother read, it’s never been better to be an “erotica enthusiast.” I for one am hoping that this erotica enthusiasm is going to be a long-term trend and that our choices will get better and better as time goes on, and society becomes more open about a topic that is always taboo, sex.
Tags:
Views: 1690
Related articles