EdenCommunity: Home Away From Home 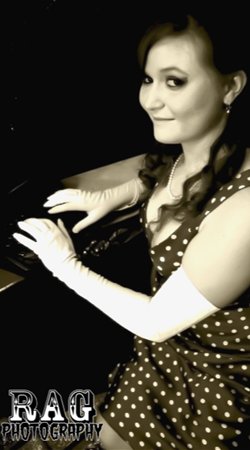 R.A.G. Photography
When first looking into sex toys and sexual health, there's a big, vast world out there. Tons of websites host these products, but none held the sense of security and safety that I found within EdenFantasys. Not only did they welcome me in and make sex toys and sexual health seem harmless and inviting, but they also opened up the door for discussion with other users on the site making me feel more comfortable with my purchases.
Sex was always a forbidden and hidden topic growing up. I knew about it, but didn't know about it.

Once I graduated high school, things were about the same. A friend of mine was going to college nearby and had heard that her Astronomy professor was actually part of the cast of a local Rocky Horror Picture Show shadow cast. A year or two earlier, I'd finally seen the movie, had begun an obsession with it and made plans of traveling down to Austin to see the cast there. I had no idea that there was a cast in Fort Worth where I lived. This is where I think the spiral began.

Of course I fell in love with the show. The cast and the audience were "my people." The outcasts, the losers, the weirdos. I fit in. I fit in so well that sometimes looking back on it makes me want to cry. My friend and I started going more regularly, and about ten months later, I began working at the movie theater that hosted the cast. I got in deep with them and began learning things about the world that I never knew before. And of course, sex was involved. It's Rocky Horror, it's hard not to have sex involved.

Soon after, I began wondering more about sex toys. I'd never used one and had only been in a few sex shops since turning 18. I did searches online for online shops and I found a few, but I always felt dirty or wrong for being on them. I never ordered anything because I lived with my parents and I wasn't sure if I liked it. And man, that was a lot of money to spend on a sex toy.

I can't remember if someone referred me to the site or if I found it in one of my searches, but I found Eden one day. It was colorful and girly. It seemed more focused on the female than the male, unlike most of the other sex toy sites I had been to. Eden made me feel welcome and didn't make me feel dirty; assaulting me with images of half-naked clown-makeup women. I began exploring and wondering around, and soon after made my first purchase.

Over the years, Eden has helped me not only discover my own sexuality, but has helped with my sexual health, general health, and provided me with a sense of community outside of sex. The product reviews drew me in because they were more detailed and thought-out than on other sites, and then I found the forums. I could ask questions and get advice without seeming like a freak.

There have been a few unintended hiatus from the site over the last three years that I've been here, but it's always been there for me. With products I can trust, wonderful prices, wonderful sales and promos, and people who don't judge or make you feel like a sicko.

Now the community is helping me explore my relationship with my girlfriend. I'd never been with a woman before and she'd never used toys. With the help of Eden, we are both exploring new worlds and finding out new things that we love. And for that, I will be forever grateful.