Should His Opinion Count? 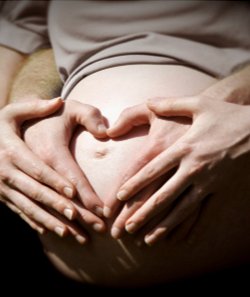 Thanks to sxc.hu for their image
The choice to have an abortion is one of the many things that empowers us as women. The right to make a choice for our own bodies. However, a child is not created by just a woman. Should the father have a say in the case of an abortion?
Long have I been of the mindset that a woman should have the right to choose whether or not to seek an abortion. I find the stripping of these rights to be very, very inhumane. No one but me should get to say whether or not I have an abortion.

And in this lifelong argument, I have never really thought about the choice of the father.

The father could be anyone. He could be the husband, the friend, the boyfriend, the one-night-stand, or he could be the rapist. Now, before I continue, I want to point out that I do not think that the rapist should have any say in the matter whatsoever, the moment he took away the woman's choice to have sex he lost all rights. The woman should do whatever she feels is right after a rape.

I believe the same should be said for a one-night-stand. In most cases, there is no intention for either party to see each other again. If the woman wishes to bear the child, then so be it. She can or cannot contact the father (though, as a side note, I think he has the right to know unless he is a known abuser of any kind).

Though, what if the two are a couple or married? Should he have a say then? That depends on the relationship; I think in a marriage, yes, it should be discussed openly between the two. Because in a marriage, you are a unit and if there are any circumstances that tear you apart before the pregnancy, then you should take that into consideration before you try to take any advice from my article.

Anyone who is in any varying degree of a relationship with another person should take their opinion into consideration. Abortions are still a serious decision even when the right to choose is freely given. Abortions should never be treated as just another doctor's visit.

Digressing just a bit, I want to say again that if the father is abusive, then you should factor other issues into consideration. For example can you get away, can you make this decision on your own without him, what will he do if you choose a path that he doesn't agree with, will you need to find a women’s shelter, do you know where some are, and so forth.

The father should always have a choice unless the two of you are not seriously connected seriously. The choice will always ultimately remain the mother's. The father's voice should be heard, discussed, and taken seriously.
Tags:
Views: 1361