It's hard out there for a sex toy lover, especially if you're straight. 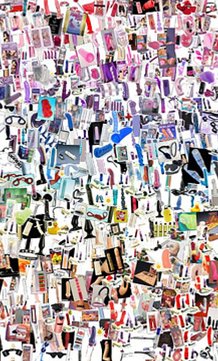 J.Baum-2010 Ficker
Why on God's green earth is it hard for people to grasp that straight men can love sex toys too? Or why do they think you must be gay?
I have been part of the sex toy world for almost two years now. When I started, I had no idea it would go this far. I always thought after a few months I would get tired of it and move on. That has of course not happened and I have no idea if that feeling will ever come to me. I simply love sex toys. I love how they look (most of them anyway). I love what they are made to do (who the hell doesn't?). I just love every damn thing about them. The only problem is, some people just can't get their brains around it. Why you may ask? Because I'm straight.

I have been married for a few years now, and to be honest with you all, I have no idea what our sex life was like before we allowed sex toys in the bedroom. All I can say is that it must have sucked, because I have pushed it all back into the dark recesses of my mind. Now even though we are definitely pro sex toys, my wife even finds it kind of hard to get behind me when I ask to have the house to myself of Sundays in order to do my reviews. She too thought this would be a flash in the pan experience, but alas we were both wrong. Thank God for that. So in a way, I'm kind of going at this thing solo, which is fine. However, there is one thing we both get behind and that is the nasty comments I receive on my video reviews on a daily basis.

The word "gay" is not a verbal weapon

I never take personal offense to them, but I do when they're homophobic, gay bashing, narrow minded comments. I don't know why so many people instantly think just because you're doing video reviews on female sex toys means you're gay? Have we become that ignorant? Above all, when has this word become an insult? Why is calling someone gay such a powerful weapon in these people's minds? Whatever the reason, it pisses me off! Not because they're calling me “names” in they're book, but for the simple fact that they think it's what needs to be said at that very moment. Or that somehow saying it is funny to the general public. I'm here to tell you all “IT ISN'T!!!”

Saying these things basically shows just how ignorant you are. So you're not harming me in anyway. You're just simply stating a fact to the rest of the world. That message is “I'm a nasty person who believes my way of life is the only way people should live there's. If you don't live this way, you must be gay.” Well, that's just bullshit.

I'll stick this wherever I damn well please!