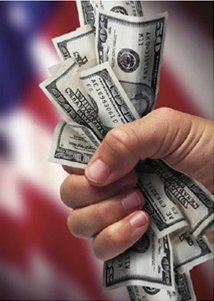 http://2.bp.blogspot.com/
Opinions are free to give out, but how much will you actually DO?

There are a lot of arguments about prostitution. You remember that little turning wheel children's toy? The one that has the farm animal sounds and says things like, "The cow goes Moo." Well, here I will give you the opinions on the prostitution wheel!

You have people whom I like to call moralists. They fall on both ends. The progressive moralist goes, "We should make it legal! People have a right to do it if they want! Then we can tax it!" Meanwhile, the conservative moralist goes, "It's wrong to treat sex in such a way! It only promotes promiscuous and dangerous behavior that does not benefit society!" The first feminist goes, "It's wrong to exploit women in such a way! It's demeaning!" while the other feminist goes, "Women should be able to choose any profession for themselves!"

The wheel turns and people shout their opinions left and right. Frankly, I could care less on what position people take on the issue. I could also care less about what people decide to do with their bodies, and whom they decide to do those things with. Call my view more practical or call it heartless, but my opinion boils down to one thing.

I feel like the U.S. is the king of bloated, useless spending. We have so many wars: the war on drugs, the war on terror, the war on obesity, blah, blah, blah. We dump hundreds of millions of dollars on these causes. After all that, what results do we see? Are we making things a better place? Honestly, I rather put our funds to better use, like... education? How about health, both mental and physical? These things matter to me.

Prostitution costs big bucks. Police Officers need to be paid. They arrest and process lawbreakers. Then you have legal fees. The judge, public defenders, social workers and such need to be paid. Then you have incarceration costs; it takes money to care for prison inmates. Then there are correction officers who are paid as well. While it's a bit difficult to pinpoint exact costs, it is still high. Each state handles the problems that come across; some have larger incidences of prostitution than others. Even if cost is factored, imagine what those man hours could do if put to a better cause. It's almost like we're paying twice.

"But wait! Prostitution extends far beyond a simple transaction!" To those individuals, I say that you are correct. There are victims of abuse. There are sick people who capture women and girls for sexual exploitation. There are a host of evils in the world. However, prostitution isn't causing it. It is simply the symptom. To treat issues like abuse, we need to go deeper into the problem. That's the thought that probably scares people, especially those who rally against prostitution. Some might believe it will solve all these ills, but it won't. This type of slacktivsism will get us no where. We have to decide whether we are truly going to treat the problem or not. Our little war on prostitution only keeps egos at bay and helps people sleep at night, but it is far from solving any real problems.