Romney vs. Obama vs. Your Uterus 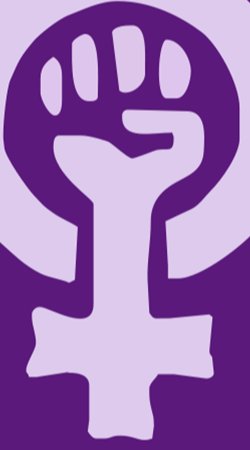 http://en.wikipedia.org/w/index.php?title=File:Womanpower_logo.svg&page=1
You've considered your political candidates' views on taxes, deficit, and their four year plans. Have you considered their views on your reproductive rights? Here is the skinny!

Have you been listening to your uterus this election season? No, I mean it. Your body, your rights! Right? Well each one of us have separate and deeply personal ideas of conception, birth, birth control and of course abortion. So you've considered your tax cuts, the budget and even swagger of your candidates, but have you considered your uterus? What it has to say? What the next four years can be about what you believe to be basic human rights?

This is what you should know about Romney vs. Obama vs. your uterus

In the first corner we have Mitt Romney. So what does a sixty-five year old white man from Detroit, Michigan have to tell you about the possible future of your uterus? It has been difficult to pin exactly where Romney stands on abortion. Throughout his career he has seemed to change his views. Democrats say he is trying win women voters over with tactics. Republicans claim he is getting softer on women's rights. Regardless of his motives, here is the skinny. Before 2002, he made several statements and votes advocating a pro-choice stance, but after that he turned his views to middle ground pro-life. In recent years he has made statements that he would like to ban abortion in the United States, but (this but is an important one) that is not where this country is. So while he has said he morally believes that life starts at birth and there should be protection for the fetus, that isn't where our society is at and he would not move to overturn laws already in place. Laws that offer abortion in cases of health risk to the mother, incest and rape are already in place. So in Romney's view they would be grandfathered over, so to speak.

His views on contraceptives are a little more strict it seems. Romney would remove all federal funding for Planned Parenthood, even though the money given to Planned Parenthood from the government is not used for abortions. When it comes to insurance laws he believes that insurance companies should not abide by laws that would force them to cover women's healthcare for contraceptives. He also doesn’t believe that the US should be offering or paying for education overseas on reproductive rights and healthcare.

"I would welcome a circumstance where there was such a consensus in this country that we said, we don't want to have abortion in this country at all, period. That would be wonderful. I'd be delighted." -Mitt Romney

In the other corner we have Barack Obama. Like his running mate, Obama is pro-life in his personal beliefs but he is pro-choice when it comes to politics. His views however are not as conservative as Romney's beliefs. Throughout his career Obama has firmly stood by reproductive rights for women. His voting history has made his stance on pro-choice clear. He believes ending the global gag rule on government aid for international programs that provide abortion information should continue to be available. He has fought to prevent Republican attempts to defund Planned Parenthood and has voted for programs that promote education and wellness in reproductive health.

"As we mark the 39th anniversary of Roe v. Wade, we must remember that this Supreme Court decision not only protects a woman’s health and reproductive freedom, but also affirms a broader principle: that government should not intrude on private family matters. I remain committed to protecting a woman’s right to choose and this fundamental constitutional right." -Obama

Lastly, we have your uterus. Now that you've considered the facts it's time to think about what is important to you. What you want to see or what you don't want to see will happen in the next four years. These candidates stand so stark in comparison that this issue has to be considered. Cast your vote for their views on tax cuts, the deficit, their four year plans, and for your uterus. Arm yourselves and go out and vote!
Tags:
Views: 2199
Related articles