Domestic Violence the same for the LGB community. 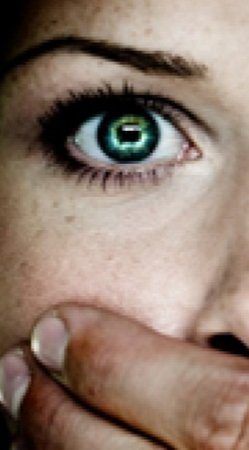 Domestic abuse was once known as spousal abuse, thus making it only possible between the relationship of a man and woman. As we emerge from the dark ages of sexual ignorance, we have a responsibility to educate ourselves and protect ourselves, no matter how ugly domestic violence is. Something that some might want to turn a blind eye to. It's easier to ignore that domestic violence affects both heterosexual and LGB couples than to acknowledge it exists, because acknowledging it means that domestic violence exists, making it preventable. By becoming aware and promoting non-violent relationships regardless of sexual orientation, we can we help prevent and stop violence within relationships.

It isn't always easy to know if you're in an abusive relationship, even when it is physical. Denial and love are powerful emotions that can blindside anyone. Emotional verbal abuse or stalking may be harder to detect. It is important to know the signs so that you can recognize them in yourself and those around you.

Remember, no means no in casual or serious relationships. If your partner has a temper, frequently makes threats, or makes you feel like you might be in danger, that is abuse. A partner that threatens suicide or self harm as a means for control is an abusive partner. If you feel anxious, hopeless, or even numb towards your partner, that could be a sign of abuse. Friends that have bruises or attempt to hide injuries may be a friend in danger. A good friend that suddenly has to seek permission to speak to you or visit might be in an abusive relationship. When they become extremely isolated, meek, or shy, they may be a friend in need. Knowing and looking for these signs can save a person.

Awareness and vigilance are the first steps toward prevention. But understanding that domestic violence is not just limited by race, gender, or sexual orientation is a vital first step in recognizing and understanding domestic abuse.

This first time national study shows that gay, lesbian and bisexual people are just as vulnerable to domestic violence as heterosexuals. Acts of rape, violence, and stalking do not discriminate based on sexual orientation. Bisexual women are at higher risk (61.1%) than either lesbians (43.8%) or straight women (35%). Despite sexual orientation, women are more commonly assaulted by males in almost all cases. However, lesbians are most commonly abused by women, bisexual women are most commonly abused by males, and gay men are most often abused by other gay men. While one in seven men are likely to be victimized, nearly one in four women are.
Tags:
Views: 1823
Related articles