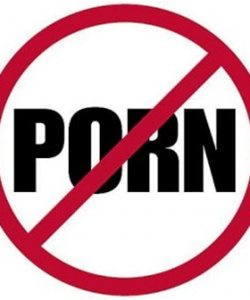 Closed circuit television cameras on every street. Wars that drag on for no apparent reason, other than to rouse the populace into periodic fits of patriotism. Electronic devices installed in every home, feeding your personal habits and information back to whomsoever requires it. Orwell even visualized a Ministry of Information, devoted to ensuring that the populace only hears the news that their overlords feel they should be told, and I think we can all name at least one news channel that falls into that category.

But yes, there is one thing he got wrong. Or, if a piece of legislation that has just been introduced in European has its way, he soon will.

If you’ve not read 1984, or if you have, but don’t remember it so well, here's a little background. Orwell wrote it in 1948 and intended it as a satire of life in England at that time, with World War II only recently ended, and everyday life a gray routine of mindless drudgery and increasingly heavy-handed government; it was only later that people realized it was also a work of remarkable prophesy. In his world, government itself is split up into various ministries - the Ministry of Love, which controls law and order. The Ministry of Plenty, which is in charge of food distribution. The Ministry of Peace, which handles war. And the Ministry of Information, which deals with everything from the news to the arts and, deep within which, we discover, there are machines that churn out ream after ream of pornography “for distribution among the proles” [the proletariat - which, in our world, equates to everybody who is not somehow employed in government].

The Pornography section - Pornosec in the jargon of the novel (yes, he even predicted our modern obsession with that) “produce[s] booklets in sealed packets with titles like Spanking Stories or One Night In A Girls School... they openly have six plots, but they swap them round a bit.”

So that’s pornography in 1984 - a legitimate, if tawdry, form of entertainment that may have its critics, but overall is regarded as both a healthy and a safe outlet for proletarian urges. The ruling party itself disapproves of its consumption, but as Orwell’s hero Winston observes, the ruling party isn’t that keen on sex itself, and would far prefer if all breeding was done by artificial insemination. There is even a youth movement, "The Junior Anti-Sex League", that campaigns loudly and vociferously against ... well, against sex. Something else which sounds awfully familiar today.

Outside of those circles, though, the only real question regarding pornography would probably be the same one that our society has wrestled with for the past century - where do art, literature and sociology end, and pornography begin?

This is not the place to even begin discussing that, because everybody has their own definition of what is and isn’t acceptable. A few outer limits are defined by the laws of the land, and that is as it should be. Otherwise, anything goes.

Sexis magazine. We who read and contribute to it may think we are providing a public service, an informational forum, a place where we can exchange ideas. But look at some of the topics that are broached here. All of the above and more. Shut it down.

And so on. As so often with the law (and even if you disagree with every example I have given here and think I’m just an alarmist paranoiac, I wager you can think of at least one example), if the legislators are given an inch, they will eventually take a mile. There was a time when legal definitions, if not firm, were at least stable enough to survive a few generations. Now we are lucky if they outlast a single administration.

Big Brother won’t only be watching you. He’ll be fucking up your life as well.

Women will start earning as much as men for doing the same job.

Guys will be able to take maternity leave.

And the next Pope will be named Bridget or Vanessa.