Making A Meal Of It 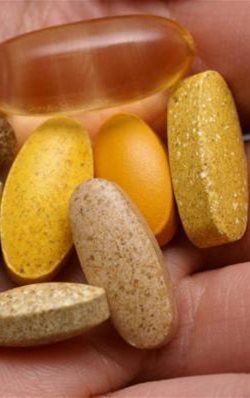 http://www.sciencedaily.com/releases/2009/02/090202174657.htm
How safe, or otherwise, is the average man's ejaculate?
I’m usually very fussy about what I put in my mouth. Shopping for groceries takes forever as I check the label of every single product, on the look out for the additives that I do not want to touch. Artificial sweeteners. MSG. “Natural flavors” (which, as I wrote once before are actually the last two under an assumed name). Chemical flavoring. High Fructose Corn Syrup.

You can’t avoid them all because they’re probably in the drinking water, too, along with all those prescription medicines with the “benefits” the enter the system when you pee. However, the lower your intake of the ones that you can avoid, the lower your chances of becoming another guinea pig for the laboratory of life to experiment on. Which, if I can be paranoid for a moment, is essentially how the major food and pharmaceutical companies tends to regard the general public. As test subjects.

So yes, I am fussy, fussy, fussy. However, it wasn’t until fairly recently that I ever looked, really looked, at the composition of cum. Which, considering how much of it the average heterosexual woman winds up ingesting, whether deliberately or otherwise, was something of an oversight. Maybe I just didn’t want to spoil a good thing by knowing too much. Several friends, and a comment left on one of my past articles here, have revealed that a little biological knowledge goes a long way, and if the FDC did insist that penises were labelled with their ingredients, it would look something like this:

Which is good, right? A nice neutral snack that won’t ruin your appetite.

However, how much other stuff... bad stuff... can also be lurking in his love juice? That is what we’re concerned with here.

There are a few things to think about, though. This article is concerned only with the quality of the sperm, as opposed to the manifold chemicals that can diminish its fertility. However, you can bet that if the bisphenol-A (BPA), which coats cash register receipts and canned food packaging, has been proven to reduce sperm count, then it’s also going to be rattling around in the fluid itself.

We avoid phthalates in the manufacturing of our sex toys, and hopefully in our hygiene products, too. However, they could also be in his shampoo, his soaps, and in vinyl shower curtains. This means that they wash down every time he bathes, entering his system, and entering you.

This means that no matter how religiously you check the labels of your food, furniture and household items, you need to be checking his items as well.

Of course, if the quantities of what ought to be in his sperm are so minute as to make very little difference to your dietary requirements, the amounts of what you want to avoid are going to be even tinier. If you’re allergic to peanuts, you will not go into anaphylactic shock because he ate a handful at the bar. Well, not unless you’re trying to draw your entire daily calcium intake out of him at the time. My allergy to aspartame will also not be triggered, no matter how much seltzer he keeps on drinking.