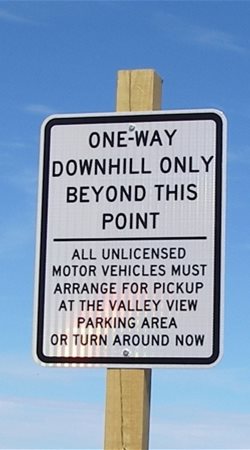 http://www.everytrail.com/guide/off-road-trail-maps-black-bear-pass-colorado
It doesn't have a name and it doesn't last long. But there's that sudden moment where you know it's going to happen - and paying attention can make you feel great!
In an age when there is barely a biological, physiological or psychological function of our bodies that has not been labeled, named and added to the dictionary, it feels awkward, and possibly even ignorant, for me to be writing about one which, no matter how deep I’ve dug into medical text books, appears to have no name.

In slang terms, it might have a colloquial title, and an English friend recently introduced me to an app that might have the answer, a hilarious collection of rude words and even ruder definitions titled Roger’s Profanisaurus. (Yes, Roger, not Roget. It’s a joke.) But there’s something like ten thousand entries in the copy I downloaded, and there’s more being added all the time. If I should ever stumble upon the answer, I’ll add it to the comments.

In deep, personal relationships too, there might be a pet name for the moment. But in general, it is nameless. It’s just there. It just happens.

The science. The male orgasm is controlled, very appropriately, by the sympathetic nervous system - which also handles everything from stress, and the fight-or-flight response, through to the dilation of your pupils and how much you pee. Which possibly brings a new meaning to the phrase “I don’t know if I’m coming or going,” but let’s not get distracted. At the same time, a spinal reflex triggers the bulbospongiosus muscle, located in the head of the penis, to cause a succession of contractions - which force the sperm, which has already been released, out of the Urethra. The stronger the contractions, the more pronounced the ejaculation.

For obvious reasons, the first contraction, which is often the strongest, starts out dry. It is that which gives the impression of the penis suddenly swelling - not by any amount you can measure, but definitely enough to notice. It is quick; on average, the second contraction, which will contain sperm, follows within 0.6 seconds. The next one or two as well. Then they start to slow down. 0.7, 0.8, 0.9. Slow being a comparative term, of course, because, even at the end - which, again in an average man - will be somewhere between the fifteenth and twenty-fifth contraction, it’s really hard to tell the difference between 0.11 and 0.15 seconds. Unless you have a super-sensitive stopwatch handy, in which case you should put it away and get back to having sex. 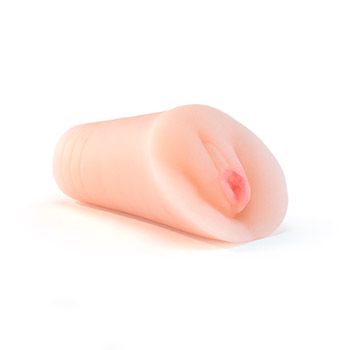 She is the girl to get your motor revved up and have you ready for the big race. For this price point, it is sometimes found that the toys don't last long, but this one will! – Starlight Requiem


It’s the earliest contractions that carry the most weight in terms of physical emissions; almost half of his total release is wrapped up there The remainder, the pulses that follow, see the flow slow, then stop, and are essentially nature’s way of shaking off the drips, or rounding up any stragglers. Not every drop of sperm, it seems, is in a hurry to leave its warm, snug home, which is why so many surprise pregnancies come along, even though he “pulled out in time,” and why so many affectionate post-fellatio suckles can suddenly be interrupted by a last drop on your lip. “Sorry, I was reading. Here I am.”

But there, we’ve already got ahead of ourselves. Only by a few seconds, but that’s still more than enough. Back to that first 0.1, or so.

What does it mean?

All you can do now is wait. For approximately 0.05 of a second.

But what a 0.05 of a second it is. As I said before, you sense the first pulse and it feels like he’s suddenly growing. Personally, I am far more conscious of this experience when he’s in my mouth than when he’s down below. But his body tenses tight as well, and that you can feel wherever he is. And although it is all over in an instant, you can train yourself to grasp that instant, to slow down time while you take it all in; to focus so completely on all that is taking place in his body that your own pleasure bursts through only moments behind.

Because it’s not just his cock that has suddenly been reconfigured. Everything changes. Is there a ghost of new flavor, literally just the vaguest impression, that you suddenly catch? I say there is, although I’ve read nothing to back it up. Is there a wave of unexpected heat? Again, the textbooks seem to stay quiet on that. Maybe there’s still research to be done. Maybe past researchers needed to have asked different questions. Or maybe my own mind has just conjured this all up, to elevate a moment that maybe I’ve thought too much about into something far grander than it actually is. My goodness, she’ll be wanting to name each contraction as well, next.

But I don’t think so. In fact, I might even form a study group, who will report back to you when we’ve completed our findings. The only problem is - what should we be called?

Because in case you've forgotten, it doesn’t have a name. Yet.
Tags:
Views: 14330
Related articles 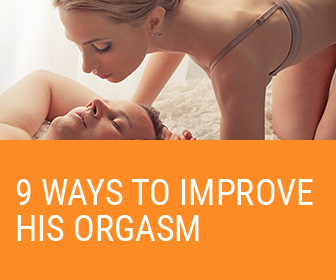