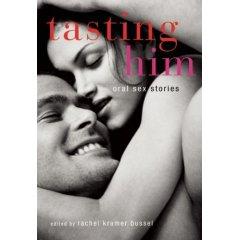 Cleis Books
Sex is not a duty, it should not be task. And a blowjob should not be hard work. Some thoughts on getting the most out of giving head, and getting even more from his orgasm.
Of all the themes that recur in these pages, the subject of swallowing does seem to be a favorite - and I’ll confess that I have added my own thoughts on the subject on more than one occasion. But the recent publication of a report by the State University of New York in Albany, suggesting in no uncertain statistical terms, that a mouthful of man juice is actually good for you - combined with my enjoyment of Irina09’s recent article Oral Sex and Swallowing: How good is it? - started me thinking of a side to the story that few of us ever talk about.

Yes, he wants us to do it, and he will indeed beg, plead and cajole until we say yes.

Yes, it can taste funky, or even downright foul... how many girls, swallowers and non-, watched that episode of Sex and the City where Samantha took a particularly noxious load, and either shuddered in sympathy or moved a swallow even further down the “to do... NOT” list?

And yes, there are all manner of attendant physical risks, such as choking, spluttering... having it come out of your nose (I saw it in a movie once. It looked as disgusting as it sounds).

I’m going to overlook some of the negative reporting that report received; and the joking “I bet it was written by a guy” lines too. Because, once past all of that, there is one thing that should be paramount above all requests, reservations and repulsions. 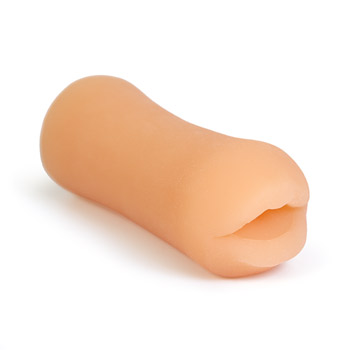 This product will surely add enhanced sensations whether at home or on the road! – Brandon

And if you do, then what is it like?

A friend of mine answered that question when we were just sitting around talking one night. “For me, it tastes like all the reasons why I wanted to suck him off in the first place.” And I just looked at her and said “yes!” Because that is the simplest, and most clear cut definition I have ever heard.

The physicality of the act... the actual mechanics of it... are simple. And, as long as he isn’t so big around that it actually hurts, or at least strains your jaw... or so long, or over-enthusiastic that he confuses you with a circus sword swallower.... once a girl is past the oh-so-common uncertainty of even putting the thing in her mouth, there is no more or less “technique” required than making sure that ever stroke of your lips and tongue feels good. For both of you.

All of which are things I love doing. And all of which make the “pay-off” as exquisite and exciting for me as it seems to be for him. Indeed, and I’m not sure if this is a “keep it to yourself” confession or not, there are times when I am so focused upon my own enjoyment of his orgasm, that I more or less forget that he might be extracting some pleasure from it too.

My favorites, I’ll confess, are the messy ones, and I’ve talked about that here before. My friend, however, likes the ones where you really have to be paying attention; the ones where the “actress” is bobbing her head like crazy... then there’s a split second pause, and another one maybe... then her movements slow, and after furiously fucking his cock with her lips, she is now suckling, sucking him, easing him back to earth - and gently leading herself back as well. And everyone who has ever experienced their own orgasm at that particular moment will know precisely what I mean.

Which means, either they (again, the women and the men) have a very strange understanding of what a girl gets out of giving head. Or they’ve never been in a situation where it is as pleasurable as it’s meant to be. Both of which must be a very sad place to live. And that is not a criticism of all the women out there who won’t do it, don’t do it, or who put up with it, because sometimes it’s a lot easier just to put up with something, than spend all night discussing why it’s not the best thing since sliced bread. We all have the things that we’d rather not do. Personally, I have never warmed to the missionary position, and I am no more able explain the reasons why, than the girl who doesn’t like sucking cock. I don’t like it. End of discussion. Or it should be. And if your man disagrees, then think of something that you know will give him the horrors forever, then whisper very seductively in his ear, “you know, I’d really like to....” It works a treat.

And now flip back to the things that you’d [italic|really\ “really like to do”. Which, in my case, and that of a lot of you reading this too (I hope), is taking his cum on your lips, tongue or tonsil... or anywhere in between, of course... and swallowing it down, because it’s what you want to do. Then raising your head and licking your lips, and telling him how much you enjoyed it. It’s so easy to write, talk (and yes, tell our lovers) about the things that we really don’t like to do, and allow the things we enjoy to just slip by unmentioned.

But some things are so good, they should be shouted from the rooftops.
Tags:
Views: 5054
Related articles 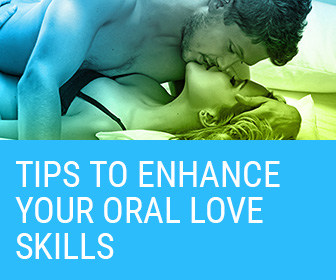