What appealing DADT didn't do 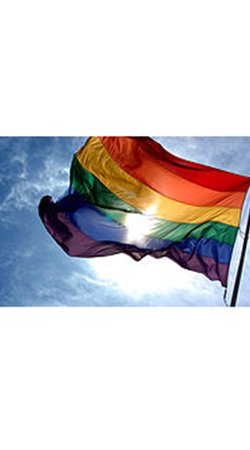 "No American will be forbidden to fight for the country they love, because of who they love."

What did DADT leave behind?

“Don't ask, don't tell” was the United States policy for gays, lesbians, and bisexuals serving in the military from December 1993 to September 2000, when it was repealed by President Obama. Don't Ask, Don't Tell gave the impression that was designed to protect those in the LGB community by “prohibiting military personnel from discriminating against or harassing closeted homosexual or bisexual service members or applicants.” But it also states that one couldn't be openly gay, lesbian, or bisexual while serving in the military. Don't ask, Don't Tell explicitly stated “demonstrate a propensity or intent to engage in homosexual acts." This would include all forms of PDA (public displays of affection) and displays of support for their partners as this “would create an unacceptable risk to the high standards of morale, good order and discipline, and unit cohesion that are the essence of military capability."

The president wasn't always on the side of gay marriage and admitted he had gone through an evolution on this issue and promised that “No American will be forbidden to fight for the country they love, because of who they love.” When it comes to equal rights, America seems to be about twenty years behind most other first world countries. The repeal of DADT in 2000 would seem like a big step forward for LGB rights in the US, but what are we forgetting?

Entering the Military: In order to join the military, every person must undergo a complete and full medical physical. Any surgery done to the genital area is ground for rejection. Even without surgery, someone identifying as transgender may be considered “mentally unfit” and ground for rejection. This judgment is based on the doctors judgment. One may file for a waiver that would allow them to get through the physical, but they are difficult to get and rarely given out.

Active Duty Military and the Reserves: Any person trying to transition in the military will have a difficult time. The military benefits likely won't cover any of the expense and are highly unlikely to provide any medical (even mental) support. Even if military personnel seek out medical care through civilian health care providers, he or she has a duty to report such treatment. Failure to report can result in discipline, discharge or criminal prosecution.

Military regulations on uniform and grooming standards based on gender: The progression of transformation would likely violate these regulations resulting in discipline or even discharge.

What got me thinking about this? Kristen Beck, formally known as Christopher Beck. A former Navy Seal serving the Navy for nearly twenty years. After her retirement, she finally stepped into the role and body she feels she was made for. She earned a bronze star, purple heart and was part of the elite Seal Six team. Yet, she wasn't allowed to live the way that felt right for her because of these regulations.

Growing up she always knew that she meant to be and should have been born female. She joined the military as part of the rejection of her own sexuality. After many years, she has accepted who she is and now has the chance to live her life the way she feels is right for her. The public seems split on her life choices, but that won't stop her spending her life fighting for life, liberty and the pursuit of happiness, which is finally hers.

Now that you have that to digest, let's step back to the LGB community. What are we missing here? Benefits. While individuals are receiving their benefits from the military in states that do not recognize gay and lesbian marriage, their families will not receive these benefits.

For Karan and Charlie Morgan and their daughter, this is their truth. Charlie and Karen entered a civil union over ten years ago and converted it into a marriage in New Hampshire last year. Though she receives benefits for her care and her daughter will receive benefits, her wife will not. The Federal Defense of Marriage Act prohibits Karan from receiving benefits.
Tags:
Views: 2670
Related articles