The Transgender Guide to Transitioning Towns 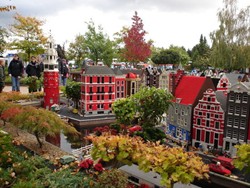 There are some issues that go with moving which are pretty universal. Others are a little more unique to me as a trans man. I’ve thus assembled a checklist of Things to Be Taken Care Of—The TG Guide to Transitioning Towns, if you will. Read on!

My Transition—Capital M, Capital T, with a whole lot of letters in between. Surgery letters, therapy letters, name change letters, and—what’s that? Right. Apartment rental letters. See, you probably thought My Transition referred to my gender journey and it does, some days. Other days, though, I confront the issues that come with being transgender and then transitioning in other ways on top of it. Case in point? My recent move from Little Liberal Arts College to Liberal Southern College Town, USA. Yeah, there are some issues that go with moving which are pretty universal. Others are a little more unique to me as a trans man. I’ve thus assembled a checklist of Things to Be Taken Care Of—The TG Guide to Transitioning Towns, if you will.

Priority One: A bed to sleep in, a roof over my head and some Bad Ass roommates

Craigslist is great for many things. It can tell you about free furniture, temporary jobs, and contact-me-immediately-booty-calls, of course. Imagine my trepidation when folks started recommending I also search for roommates on this hit-or-miss online flea market. See, roommate hunting is complicated enough when you’re a straight, gender normative, PC-using mainstreamer. You have to weed out the crazies and the crazily-slobby and the folks who are only rooming with you to get in your pants. When you’re trans (or kinky, or have an affinity for loud sex toys or are a passionate Star Trek geek), finding a compatible roommate becomes even tougher. Now, moving down South (even to a liberal college town), I’m not expecting pals who want to sit around hearing stories about period cramps in my early teenage years. I’m just looking for roommates who, at a minimum, will refrain from pointing a gun at me and walking me out of the house backwards, if it should come up that I was born female. Ideally, they’d be curious and interested to hear more about it. But, hey, this is Craigslist—I don’t set my sights too high.

In my case, I ended up finding out that a friend of a friend was also going to be apartment searching, so we’re living together. This, to me, is the ideal situation, not because I knew from the start that we’d get along well (though we did) but because I had a guarantee that she wouldn’t be freaked out by my being trans and had great taste in friends, to boot. Another alternative some folks use is to use queer-friendly (or queer-directed) roommate match-up sites, like prideroommates.com, which is fantastically free.

Once I’ve found my roommates, I’ll need to find my people. Friends are the family you choose, and a new place can be simultaneously terrifying (I have no friends yet!) and exciting (Look at all the people I can meet!). When I say my tribe, I don’t just mean other trans folks. I mean people who read for pleasure, who don’t shy away from identities such as feminist and intellectual, who have their own drawer of sex toys hidden somewhere, and, yeah, the queer and trans people, too. I’m not too worried about finding my fellow feminist intellectuals, though, given that I’ll be in a college town. Trans people, though, might be a bigger challenge. The first thing I did was to join a list serv for trans guys in my new area. I was pretty excited to find out that there are 10-15 guys who get together periodically. That’s plenty, really—though it would be nice to have trans folks in my daily life, I can get by pretty well with a small support network who are there when I need someone.

Past that, though, I know that I’ll want a general queer community and my plan for finding that is simple: Activities. I love activities. They provide enough structure so you don’t have to do the awkward chit-chat of cocktail parties or the abrupt intimacy of those summer camp getting-to-know-you games. I’m trying to keep my mind open to anything, though—board game night? Sure. Softball? You’re SO on, though the level of play in queer softball leagues is pretty high—turns out that stereotype about lesbians was true and many have been playing since they were in diapers.

Activities are also great because folks tend to go out for a drink after a softball game and that’ll be a really easy way to find my way around the bar and club scene in my new town. It’s hard to know much about bars from looking online since three line descriptions and grainy pictures hardly describe the feel of a place or a crowd. I know that I’ve felt at home in communities of queer women in the past but have no idea whether that trend will hold in my new home. Likewise, individuals with the same identity can be wildly different in different places so I have no idea whether a gay bar will be similar there to what I’m used to here. Regardless, I’m excited to enter a bar scene that’s totally new. I’m thrilled to be the new guy that no one recognizes and to be able to go out and not run into ex girlfriends with their new boyfriends and the hookup from last week. Which brings me straight to my next priority...

Priority Three: Finding that one true love (and some great sex along the way)

Okay, so sex may be better conceptualized as priorities 1.1, 2.1 and 3 through 7. That’s how much it’s on my mind, whether I’m moving cities or not. But here’s the thing. I’ve been at a school for the past four years that has pretty much filled all my free time with studying. Now, though? This is my time. As a 9-5er, every evening is one more opportunity to find that special someone or that special Ms. Or Mr. Right Now. Of course, there are some considerations in a new town that go with being trans. I don’t know whether folks will know what a trans person is, let alone whether they’ll know how I have sex. It might mean getting to know people better before we jump in bed. Or it might mean finding that perfect organic grocery store where hot, queer friendly women just walk up and proposition me. A guy can dream.

Hookups and dating are one place where this brave new world of technology has served the trans community well. Online, I can be upfront and personal about what I’m looking for and what my body looks like. Yeah, I’ll end up dealing with a few folks who fetishize me, but I’ll also be less likely to end up in bed comforting some freaked out straight girl because she had no idea I was trans and has an all consuming fear of female genitalia. On the other hand, though the online route is appealing, I’m still excited to take the more personal route of meeting friends and friends of friends and seeing where it goes from there. Call me old fashioned, but I haven’t lost faith in this way of meeting people yet. I’ve always been one to date my friends and friends of friends since, on top of already knowing I like the person, it has the added bonus of letting me get to know people and tell them I’m trans before we’re half undressed and I’m reaching for a condom.

At the end of the day, moving to a new place as a trans person means one or two extra details. However it turns out, it’ll be an adventure of some kind. Now I just need to figure out how I’m going to pack and unpack all my sex toys without totally freaking out my new friends. I mean, I’ll tell them. I just want to ease them into it.
Tags:
Views: 1333
Related articles

Gabe
Who am I, in a paragraph? I’m a trans man with a flat chest and lots of testosterone in his veins but minimal butch attitude (though I'd hesitate to call myself femme per se). I’m a lover of women, men, genderqueers, people without gender, people with any anatomy under the sun, bottoms, tops, switches, people who have wild crazy sex and aren't afraid to talk about it, people with a whole lot of identity, nerds, and, of course, Barack Obama. I’m a recent college grad from a liberal liberal arts college. I’m a psychology geek, a Star Trek fan, a mac user, a Tantus and Funfactory silicone snob and a thai food lover.
I’m also a sex toy reviewer and a writer for this site. I’m constantly in awe of the insights others have in their reviews and am pushed by the comments I get on my own to think about the products in new ways. Please let me know if you need further clarification about anything after reading my reviews or writing, or if you have suggestions!

Other articles by Gabe