As Different as the Next Girl 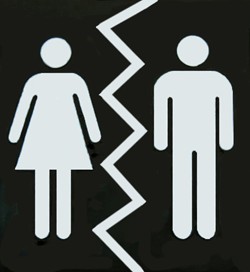 Being a trans woman myself, and having dated a number of other trans women, I occasionally have people ask me for tips or advice on being sexual as or with a trans woman.

Being a trans woman myself, and having dated a number of other trans women, I occasionally have people ask me for tips or advice on being sexual as or with a trans woman. This piece was written with that particularly in mind, for an upcoming zine anthology called, How to F*ck a Trans Woman. The one thing I don’t explain here is to be aware of the history of exotification trans women have been under, often being seen only in terms of a fantasy rather than as individuals. I don’t go into detail here about how not to be a jerk, but one word of warning: very few trans women consider it a compliment to be told that they are “the best of both worlds” or “prettier than ‘normal’ girls.”

Exoticism – Seeing a person as special or intriguing due to their status as ‘other.’ This process can be rather dehumanizing and emphasizes a person’s status as a novelty or object for the intrigue of others. It can bring on the feeling of being a specimen in a zoo.

Cis – a prefix taken from latin that is the opposite of trans. A cisgender (or cis) person is someone who is not trans.

Bits – a generic and gender neutral slang term for genitals. Along with “junk” and “stuff” it is commonly used before a there is a chance to check in about preferred language.

Genderqueer – Often used as a catch-all for people who do not wholly fit into a gender binary. This can include people who present or identify as a binary gender but otherwise see ways in which their gender doesn’t fit into a male/female binary.

Check in #1: Language to use for her body parts

Depending on the context, it might not be necessary to go through all of these, but they are hardly ever a bad idea. Like the time I hooked up with a friend who was used to being one of the only trans women in the group of trans men she hung out with. In the middle of our foray she asked me if she could touch my “chest” (the term preferred by many trans men for the parts that, on my body, I call “breasts”). Now, I understood what was happened so I laughed because I thought it was cute and we just continued on, but it might have been a problem for a different woman.

Anyone can be sensitive to language. While trans women can be particular about what words are used to describe our bits, some cis women can also be very touchy, preferring words like “vulva,” “cunt,” or “pussy,” or being turned off by words like “vagina,” (which originated from the word for the sheath for a soldier’s sword). Each person is as unique in their language preferences as anything else.

Some words that many trans women use for their bits are “clit,” “girlcock,” or “outie.” But they are far from universal, and personally, I’d be a bit peeved if someone referred to my bits as a “big clit” – my preferred term is “strapless.” Sometimes word preferences can be unexpected. One partner of my mine prefers “cock.” The first time she told me that, I had to ask her twice just to be sure.


Check in #2: Language about gender

Checking in about gender isn’t just “boy or girl?” It can be, “girl, or grrrl, or woman, or dyke, or bitch?” In addition, plenty of my partners have had their gender shift or change while we’ve dated - so even if you think the answer is apparent, it might not be. This question can be meaningful to people who you might not at first expect, including many who do not identify as trans. I once asked a non-trans woman I was dating if she identified as cisgender. It turned into a deep and meaningful ongoing conversation about intersex and genderqueer femme issues.

Considering the hurtful, damaging, and often violent way our culture relates to sexuality, there are plenty of women, cis and trans, who might be triggered by unexpected touching or who might have preferences and boundaries around sexual activities that you might not expect.

One thing to keep in mind especially for trans women is that there are a lot of pressures on trans women’s sexual behavior. For decades, gatekeepers and doctors have denied trans women medical care if they didn’t meet a standard of “normal” sexuality, at times, even including the requirement of being attracted to men and not women. As a result, many trans women struggle with shame around using their bodies in the ways they find most pleasurable. It took me years to separate out my own feelings around penetrating others with my strapless from external ideas coming in from doctors, therapists, and peers. When I discovered how much I enjoyed playing the role of a dyke daddy with one of my partners I became terrified to tell others about it, fearing my womanhood would be called into question.

There are no rules that work for all people and definitely no rules that work for all trans women; we are as diverse in the ways that we relate to our sexuality as anyone else. Some are triggered by using a strap-on, others love it. Some can’t bear to use their bits to penetrate others, some can only get off that way. Some are femme tops, some are butch bottoms, and others switch.


You can’t go too wrong with the classic healthy relationship skills – communication, patience, and care. Communication ahead of time can often make spontaneous and impulsive sex flow that much better. Even if your sex isn’t spontaneous, or you need to stop and talk about what is going one in the middle, it can still be wonderful. Sometimes you’ll run into triggers, traumas, insecurities, fears, or anxieties (yours or hers). Take a few deep breaths, try to stay connected, and remember that it doesn’t make either of you flawed or a bad person. This is what happens when people live life—it marks us. I’ve got two strong relationships with partners that I’ve been with for 4 and 11 years, and sometimes we still have stuff come up .

Finally, remember that relationships of any demographics can turn sour or be unhealthy. If you or your partner frequently feel bad when you are together, don’t feel connected, or especially if either of you feel unsafe, then consider changing or ending your relationship. You might both be better off as friends (or fuckbuddies). The point is supposed to be happiness, after all.
Tags:
Views: 1666

Tobi
Longtime trans activist and writer, Tobi is co-chair of the board of COLAGE, a national organization uniting children, youth, and adults with LGBTQ parents.

She is dedicated to creating oppression-aware sex positive media of all kinds, and as a long time educator she is often patient to a fault.

Other articles by Tobi