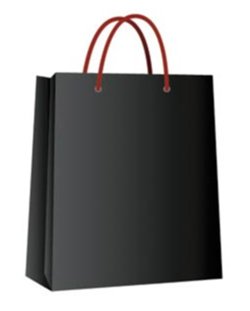 http://anaiddesigns.blogspot.hu/2011_11_01_archive.html
A little funny and a little embarrassing story of the first piece of my toy collection.

I wanted a vibe

I was 19, curious, eager and nervous when I decided I wanted to know what was the big fuss about vibrators. They were kind of a mysterious thing for me. Something dark, kinky and unknown. I was new in the big city, starting university, and I have lived my life in a small town where there was only one sex shop, everyone knew everyone, and if someone went in there it was on the local news the next day. So basically, no way.

But in the city no one knew me, and even on the route from my rent to the uni there were several shops. So...why not?
Of course being what I was, a researcher in the making, I did some extensive research on the net to know what kind of things they would be offering, which shops had the biggest variety of toys, and what I might like best. So after a lot of reassuring research, one day I dared to enter on my way home from uni.

Ok, ok, I did not just dare to enter. I was extremely nervous, my stomach in a knot, and I walked up and down the relatively busy street like five times, only daring to glance at the shop. I was thinking something along the lines of: “oh my god, oh my god, oh my god, all the people are watching me. They will all see me going to the shop. What will they think? What should I do? But I have no credit card to shop online, and I want a vibe but this is so embarrassing. What if they notice me going in? What if someone learns about it? But I want a vibe. No, still too many of them around. Just one more round around and I will go in the next time. Come on, you can do it. Grab that handle...” At last I entered. Yeah, I know, I am braver in person. Right then I felt like that too.

So with all research and preparation done, I went to choose a vibe. Ok, I only thought I did all the necessary preparation. You see, I did not really look my age – even at 24 people would ask for my ID if I wanted a bottle of cooking rum. With jeans, flat sandals, a baggy top, no make up and a ton of books in a backpack (I just got them for the new term), I did look 14. Maybe even a whooping 15, but it did not really register for me at the time.

When I entered though, no one was paying me any attention. Both shop assistants (both male) were busy helping a pair of customers, so I wandered around in the shop, looking at the merchandise. I do not think I have to describe what it felt like looking at all those vibes in life size – everyone here must have had a first vibe. But I was rather lost in the variety, and took some time to decide if I wanted something with vibrating patterns or unlimited different speeds, or something waterproof.

Sometimes I caught the shop assistants looking at me with narrowed eyes, but I have told myself firmly that they might have thought I would just want to steal something- with the big backpack and how long I took, it seemed like a realistic explanation.

You know how every school/university seems to have one hot teacher all the girls fall in love with? With roguish good looks, a younger man among old professors, a bit of silver in the hair, voice that literally melts hearts and panties? Yeah, cliché, but still it seems to be the rule. Of course they never work in the department where you are interested in the research, haha. Yeah, our uni had one too. And he was standing there. I know, it sounds oh, puh-lease. Yeah. His name was incidentally Finn.

He looked at me, looked at the toy, said nothing and stepped aside. Gosh was I embarrassed. I could feel blood rushing to my face. It was burning with a few hundred degrees. I said something like: “Hm, hi professor, nice to meet you. Eh...have a good day” and scooted out as fast as I could. I could have fried egg on my face. His area of science held no interest for me, and the only thing I found nice in his lessons was well, him, but now I would be embarrassed back and forth seven times each occasion I saw him. I cursed myself that I just totally spoiled the fun.

Anyway, I went to pay for Finn and deposited him on the counter. The two shop assistants looked at me again in that funny way, but as I had the toy on the counter I was sure they would not think I was about to steal. “And just how old are you?” One of them asked. If I had not been red like a beet, I would have blushed with shame and anger and humiliation.

“Nineteen” I said defiantly. They looked at each other and the look said: oh, yeah sure.

“Can we see some ID please?” the other asked. Just superb – the only advantage a real store had over an online shop was that in real if you paid cash, you remained anonymous. But fine. Fuming, I got the ID out and showed it to them, satisfied that they will see that I was really nineteen.
They looked at the picture. They looked at me.

“It is mine!” I said a little bit too shrilly. “Look, school ID, library card, insurance card, all the same name...”

They did not seem to be impressed by the fact that I was a university student. They did not call the police in the end, and I left the shop in a hurry as if my tail was on fire, and swore I would never set foot into another shop again. Also the toy was placed in a "discreet" black nylon bag, no emblazons or patterns. I never saw a nylon bag of that color before, but ever since then if I do, I grin at the thought of “I know you are naughty too."

The professor acted as nothing had happened – though I guess he did not want stories of him in the sex shop going around. Also there were more than three hundred of us new students that year – I doubted he even knew my name. A few years later I did go back, though I took care to put on a dress, a ton of makeup, wear a nice small handbag, do my hair – as if I went on a date. The guys never batted an eyelash when I checked out some floggers and cuffs. Ok one didn’t, the other made a face that said, “Oooahh, I wanna play too."

If anyone cares, I still have Finn, and he works fine, though he isn’t on the top ten list anymore.
Tags:
Views: 2710