Who has the right to decide? 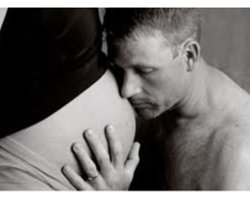 http://marcyaxness.com/parenting-for-peace/fathers-attachment-in-pregnancy/
Being adult means we are responsible for our actions and their consequences. We have the ability to create and destroy lives – but such power comes with huge responsibility. Who can make such decisions? Who can shoulder such responsibility? Who can have a say over a life created by two people that would belong to two?

"There are two things in the world for which a woman would do anything. To have a baby or not to have a baby."

Who should have the right?

Even in the best families there might be bad circumstances for a child; poor health, not enough money (raising kids is expensive, after all) or just simply bad timing. In a well-functioning relationship the decision whether or not to welcome a new child into the family cannot and should not only be the mother’s, as it would change the life of everyone in the family. Under normal circumstances the father should have say. He should be understanding and supportive, whatever reasons the mother might have for not wanting to keep the baby. It should be a decision made by the two of them, in understanding. So yes, the father should have a say, and it should matter. But how can it be regulated?

But we do not live in a perfect world. When it needs to be considered whether to keep a baby or not, things are far from ideal. What if the woman was raped? It is easy to rule that the rapist does not have parental rights. But that is just the tip of the iceberg.

Ruling that only husbands have parental rights is no good either, many couples live together without marrying – that should be no reason for a loving father to be denied his children.

What if it was the father who tricked the woman into getting pregnant? That could happen even in a relationship or marriage. Could a woman be forced to bear a child she does not want? Knowing she could harm herself and the child just to get rid of the unwanted pregnancy?

In the end I can only “rule” that ‘good fathers’ should have a say if they want the baby or not, and ‘bad fathers’ should not. But that is not something that can be put down as law. While it is a horrible thing to deny the child from the father, forcing the mother either to keep or abort her child leaves way for a lot more abuse than leaving the father out of the decision does. In the end, legally, the decision should only be the mothers. It is her body, her life. But that does not mean she should not share the burden with the ‘good father’.
Tags:
Views: 1566