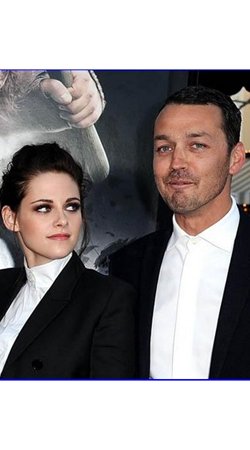 How the backlash against the Kristen Stewart and Rob Sanders cheating scandal highlights the still present double standards in America.

It was recently announced that Kristen Stewart will not be involved in the sequel to Snow White and the Huntsman, despite the fact that she played Snow White. That’s like announcing you’re going to come out with a Harry Potter sequel, but decided that you’re going to give Daniel Radcliffe the heave ho.

When the stories first broke about the pictures of Kristen Stewart canoodling with her Snow White and the Huntsman director Rupert Sanders, it made quite the splash. Most of the entertainment industry was jumping up and down in glee at having been handed such a great source for headlines, fluff pieces, gossip, and late night one-liners. People were going to eat this up. But there also sources that had just been hit in the face with a metaphorical frying pan. I’m not talking about the obvious choices of Kristen Stewart or Rupert Sanders or their respective significant others. I’m talking about the people in charge of Snow White and the Huntsman and the Twilight Saga, because now they had an issue on their hands.

The Twilight Saga is now going to have to market a movie that is largely built on the on and off screen romance between Pattinson and Stewart. The posters featuring them side by side with the word “forever” seem almost like a cruel joke. Promoting this movie is going to be hard. The two leads of your movie can’t be in a room together without creating an elephant in the corner so large it’s likely to have its own gravitational field. While I’d previously been very biased against Twilight for its unhealthy depiction of romance to teen girls, I couldn’t help but feel sympathetic towards those who had just received a huge lump of coal in their laps. They have a movie that is starring someone who very quickly became one of the most hated people in America and the victim of her wrong doings.

What worries me isn’t the backlash against Stewart, so much as the unevenness of it. People have raged against her, making “vampslut” jokes and memes about how awful she is. Where’s the public backlash against Robert Sanders? Was Kristen Stewart right to go behind her long term boyfriend’s back and have an affair? Certainly not! But people make mistakes and we don’t know the events leading up to this public outing. We aren’t a third member of their relationship, no matter how hard the media tries.

What worries me is that there is more backlash against a girl in her twenties cheating on her boyfriend than there is against a 41 year old MARRIED man. Not only is he married, but he recently had his wife quit her career and move to America for him. She had come out and said how alienated and out of her element she felt but that the sacrifice was worth it for her husband. Then just a few weeks later, she discovers he’s been meeting up with a young starlet behind her back. Where are the memes calling him a whore and a slut? Well, quite frankly, there aren’t any.

We like to think that in the past 30 years, we have come a long way in the feminist struggle. We have expanded rights to abortions and reduced the stigma of being on birth control. No longer do magazines need to print articles about how to handle it if your boss is a woman, because it has become perfectly commonplace for men to take orders from women. We are closing the (still quite large) gap between men and women in science and technical fields. We are CEOs of massive companies and many people believe that they will live to see the days of a female president. But we are still sluts. If Kristen Stewart’s indiscretion has taught us anything, it is that at the end of the day, people still consider us ones responsible for sex. We have given women the right to prevent pregnancy in their bodies as a result of sex, but we are still responsible for the backlash. We are still the ones who, after the act is done, will be left holding the ball on the repercussions.

Robert Sanders certainly isn’t being hailed as a hero right now, but he’s also not being considered a box office hazard who is being dropped from projects left and right. There aren’t hundreds of posts on the internet calling him a slut and a whore. Sanders and Stewart committed the same crime, and yet are being treated very differently by the media.

We all have to look in the mirror and around us and wonder what we’re doing wrong that women are still being considered the whores and what we need to change to give us equal footing in the war against double standards.
Tags:
Views: 1284
Related articles