Exes & Sexes: The Twits of Splitsville 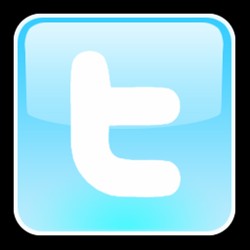 Twitter
From Facebook to Twitter to Myspace to AIM, YIM, and Skype, our love lives have transitioned seamlessly into the constantly evolving fabric of Web 2.0. But what do you, a savvy social networker, do when your love live goes awry? Kal Cobalt sorts through the tweets, status updates, and Skype logs to find out.

It happens to everybody: you start clicking with that special someone. Your Facebooks get acquainted, your Twitters follow each other, and your AIMs, YIMs, and Skypes buddy up. By the time you give your sweetiepie a slot in the toothbrush stand and a dedicated dresser drawer, your Firefox is full of cookies and your Blackberry's been tweaked to play “My Heart Will Go On” every time you receive a communiqué from Snookums.

But then you find out Honeybun's got implants, Angel thinks monogamy doesn't cover cybersex, there's a dead guy in Schmoopy's freezer under the Hot Pockets—whatever the reason, the apple of your eye suddenly becomes someone whose eyes you'd like to stab out. In the good old days, a breakup could be brutal but finite, with only the occasional awkward ignoring of one another at the corner adult store from time to time. But now, you need to update your Facebook status, you're sick of Psycho Pookie's tweets making your phone vibrate, and you'd really rather never see their LiveJournal again. What's a post-Miss Manners technophile to do?

If you break up but stay friends, reconsider how closely you follow your former lovemuffin online. It may not be comfortable for you to hear all the details of their life—especially their love life—now that your bumping-uglies days are over. Dove, one of those sex-positive polyamorous internet denizens your parents warned you about, took care to comport herself honorably in her LiveJournal through a breakup with a light secondary lover: “I filtered my entry that spoke about my process in the ending of our relationship,” says Dove. A year later, when she felt like posting about a burgeoning relationship, “I mistakenly assumed that [the ex] had stopped using LJ after we broke up.”

Of course, that was not the case: the ex surfaced with an e-mail requesting that Dove filter all her posts about relationships, lest they cause the ex pain. “On one hand, she was a good friend of the household still and I had loved her and cared for her still,” says Dove. “I didn't want to hurt her. However, my life and my journal was my own and she could choose not to look. I was excited about the new sexual interest and new friendship. I wanted to be able to post about it for friends who only contacted me via LJ.”

What to do? Well, if you have the cojones Dove does, you crowdsource your decision: “I did a filtered post asking for advice as well as asking local friends, some who knew [the ex]. All but one friend said that they felt filtering was not my responsibility. That she needed to address her own baggage and not try to alter my behavior.”

Considering the swiftness with which technology changes, and with it the etiquette and policies surrounding it, crowdsourcing a netiquette question promises to give you a good cross-section of old-world and post-analog perspectives—provided that you choose your crowd wisely. “In the end I decided not to filter my posts,” says Dove. “However, because I was nervous about any further confrontation, I stopped posting anything 'squee-worthy' for a couple months....I finally started posting some things more crush-worthy about 2 months later. I didn't hear anything more from her about it so I'm assuming she has accepted my decision not to filter.”

If you have accepted an ex's decision not to filter, or decided to cut off internet contact entirely, don't “peek.” Our Luddite friends have it easier; it takes a lot to pick up the phone or show up at an ex's door after declaring we never want to see them again. For those of us living in The Cloud, caught in the strands of Web 2.0, we always live one dirty martini away from checking the ex's IM status or loading up their Twitter feed to see if they're on the rebound yet. If the urge beckons, sleep on it first. Waiting a few hours won't make much material difference, but you might wake up with the realization that the social equivalent of jumping in the bear cage with a sharp stick isn't your best option, says a source close to the author who made the wrong decision on this issue. A few times. And who might be me.

If you did engage in a scorched-earth policy but are thinking better of it now that the emotional scars and head wounds have healed, re-engage carefully. “Pro tip: After a messy breakup, if you want to get in touch again but have already burned a lotta socnet bridges...TBC,” says Jake, an online drama veteran corresponding via SMS. “...leaving a facebook/friendster msg? Cool. Friending them, refollowing tweets/journals? Creepy. Doing sommat public, like wall writing or @responding? AWKWARD.”

(For the Luddites reading, “wall writing or @responding” is the internet equivalent of auto-dialing all of your ex's friends—even the ones you don't know—to tell them whatever you just told Bitchy Bernie to get back in touch.)

Chatting with your former kewpiedoll privately before resurfacing on their friends list can prevent up to 10,000 eyes rolling so hard they fly right out of people's heads. Won't you please think of the eyeballs?

Mutual friends are another potential minefield. “It was a thorny moment for me,” Jake says of conducting the cyberspace portion of a breakup, “as I mercilessly yoinked her from all of my follow lists and profile pages, staring at those few [mutual] friends' avatars, wondering about how they were going to handle it. Do I preemptively strike and block them out before they flame me? Do I give them the benefit of the doubt and risk rejection, or worse, an ugly public e-display?”

Like Dove, Jake chose the path of least overt drama: “In the end, I simply waited to see what would happen, and one or two of them still remain in contact with me, though it's got a high weird factor, but a few of them I never heard from again, and they slowly started excising me from their own interwebs. It was like watching a dead limb shrivel and die and finally fall off after excruciating months of indecision.” It may not be as satisfying as a dramatic, vindictive blowout, but allowing things to take their own lengthy course may be the best long-term decision.

A final tip: For the love of all that keeps our tattered social fabric from ripping right down the seams, DO NOT drink and tweet, IM, Skype, or Facebook-update. In fact, don't drink and use technology at all. There is a long, rich tradition of drunkenness as a facilitator of lonely self-loathing spells, as well as the historical practice of hooking up with anonymous sex partners you will regret even meeting the next morning, let alone letting them do THAT to your Special Place. Don't place drinking's reputation in jeopardy by buying into the new hotness of being a jerk to your ex online while blitzed. And for heaven's sake, don't ask the drunk semi-hottie you're banging for their Twitter handle.

Ultimately, how to handle an ex online is up to you and the codes of ethics that exist within your own micro-tribe of netizens. But before you go polling the sweaty masses, if you have loved and lost and booted up uneasily the next day, take comfort in the country stylings of Scott Rogers' “Social Media Blues”: