The Naughty Side of Sydney 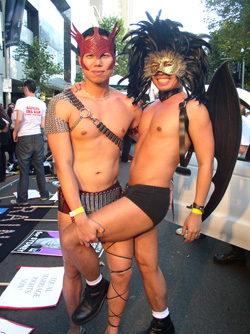 Midori
Sydney Australia – A world class city, with gorgeous beaches, beautiful people, and brilliant food. But there’s more to this city than what the guidebooks share. If you want to take the time to go find the naughty side of Sydney, it’s there for the taking. Nude beaches? SM parties? Cruise bars? Swingers clubs? Wacky drag queens and drag kings? Legal brothels? They’ve got it!
During my recent teaching tour of Oz, I sat down with Dee and Paul, of Uber Services to get the scoop on the steamier side of Sydney.

Paul is the crazy person who help make Dee’s visions a reality through logistics and facility design.

Hidden behind a plain brick façade of a 1930’s brick warehouse is a 4,000 square feet play arena containing an elegant central play area, a decked out medical room, a wood paneled “head master’s room”, lounge, changing area, and more. Dee and Paul abhor stagnation in design and visual boredom, so the space is constantly evolving with changing layout, art and toys. They host one big event each month along with specialty events. The festivities are made possible through the hard work of the Uber Crewe. They’re a family like team of staff with training and talent in everything from dungeon monitoring, EMT, counseling and design.

If you’re visiting, you can also rent the space for a bit of private play.
Paul, with his disarming smile tells me, “We’re more than happy to meet up with people and take them through the venue if they’re in town. If they want to spend a quiet afternoon beating each other up, we can happily accommodate!” 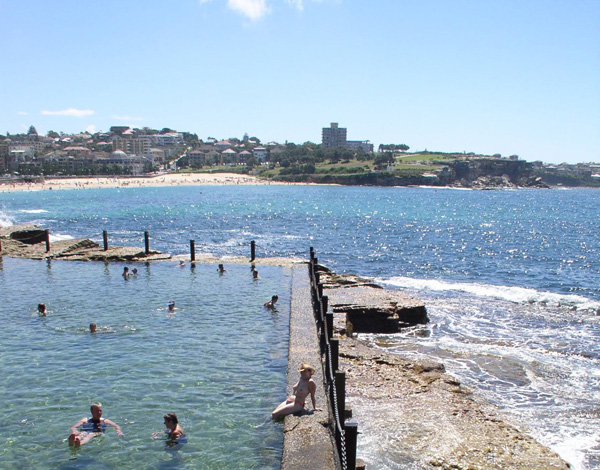 Once you’ve had your Uber tour and got your kink on, head out to town to explore!

Queer & Drag fun:
The Imperial Hotel
A fun night out with special shows. The Imperial became famous for the opening scene of Pricilla Queen of the Desert. The characters in the movie were based on the real Queens here.

Other useful visitor tips:
- Brothels or sex on premissis venues are legal! They can still be deliciously seedy, but they’re not being chased down by the police
- The locals are called “Sydneysiders”
- “Salties” are dangerous salt water crocodiles. They don’t live in Sydney.

Dangers of Drop Bears:
According to Paul, the incidences of Drop Bear attacks vary by the weather. “Depends on whether we’ve had rain or not. If it’s wet the attacks tends to go up slightly. They don’t like getting wet so they’ll drop and steal your coat. If it’s dry, they will drop on your head and steal your sunscreen.”

Speaking of sunscreen… Here’s a confession from Dee
The funniest thing you get to see around Christmas is English people (“Poms”) straight off the plane, go straight to Bondi beach, lie down, fall asleep with jet lag, and come out looking like a cooked lobster. What’s funny is if you write something on their back with sunscreen… oh, not that we’d ever do that!

Last word from Dee and Paul: “If you’re coming over, drop us a line and we’ll put you in the right direction!”
Tags:
Views: 2476
Related articles