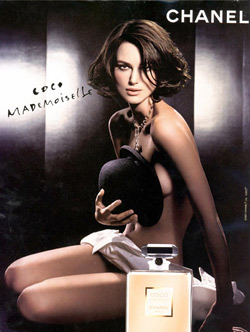 10…9…8…7…6…5…4…3…2…1. Happy New Year, Y2K! The new century dawns with a resounding “phht”, and nary a meltdown of Armageddon-tastic proportions in sight. Whew! We sure dodged that bullet. Like many well-hyped, press-promulgated doomsday scenarios of the now-defunct 20th Century, Y2K was an empty suit wearing a hanging chad necktie.

9/11, of course, was another story. There was life before, and life after September 11, 2001—but the two were horses of very different colors. The naiveté that America was safe from terrorism—previous attacks notwithstanding—and the trust that our government was watchful enough, diligent enough, prescient enough to ward off such cunning and determined enemies on our own soil perished along with the innocent citizens, brave firefighters and police personnel whose lives abruptly ended on that ironically beautiful September day.

For many, myself included, who were in New York City on 9/11, the timeline of that morning forms an arc that is indelibly etched in the psyche and tattooed on the brain. Fashion forms a curious footnote. I will never forget what I was wearing when those planes struck: a vintage swing skirt, robin’s egg blue top and matching medium-heel, leather pumps; or the lessons I learned walking uptown 80 blocks in the company of shell-shocked, ash-dappled denizens of Wall Street, to the apartment of a dear friend, wondering if it was the end of the world, or whether the trains from Grand Central would be running in time for me to make it home that night: 1) Always keep a pair of comfortable shoes in your desk, and 2) Life is precious (not necessarily in that order).

Sex? I’m guessing there was a lot of it in the awful hours that ensued after the towers fell: fatalistic, zipless fucks to remind us that we were alive and lucky to be so; comfort and compassion in the face of despair; deep love reaffirmed by shows of grace and tender affection.

For the briefest moment, the cult of celebrity seemed in danger of being shown up for what it was: a shallow parade of oxygen bandits spewing puerile insights and pseudo style that the general public gobbled up with the greedy appetites of instant-gratification, junk-food-sensibility junkies. For a few weeks, it was as if the media and the masses came to their senses. Larger issues were at stake: Freedom from tyranny. Violence without conscience being fobbed off as “acts of war.” Centuries’ old works of art and culture blotted out by the Taliban in the blink of an eye. Oppression of women, honor killings, and the specter of the burka—a fashion statement so chilling and draconian to the land that brought you Daisy Dukes, the very thought made our blood run cold.

And the winner Is:
Dog the Bounty Hunter and Mrs. Dog. Who else could make the Osborne clan seem haute by comparison?

Honorable Mentions:
Guy Fieri of the Food Network’s Diners, Drive-Ins & Dives. A portly Corey Feldman clone in a bowling shirt…and would someone please tell him that road-kill is not a good look for hair?
Amy Winehouse, in melt-down mode only.

Lifetime Achievement Award:
This year, a tie between Hulk Hogan and Donald Trump. The bandana versus the ultimate comb-over. Now, there’s a smack-down in the making. Are you ready to rumble?

And then … something shiny—it doesn’t matter what: Shallow Hal, anthrax scares, Harry Potter and the Philosopher’s Stone, the Afghan invasion, The Lord of the Rings, Hedwig and the Angry Inch—caught our collective attention, and the circus was back in town. In order to avoid facing deeper issues, we jumped the shark and resumed feeding our ever-growing hunger for the banal. For those keeping score: Mary Hart breathed a clandestine sigh of relief, and the band played on.

We’re Not in Kansas, Anymore

The biggest story of the 21st Century so far, is of course, new media and social networking. Facebook, MySpace, YouTube, Linked-in, Twitter, blogging, and the evil spawn of the iPhone: texting and sexting (and bears, oh my…). News is instantaneous, although much the endless chatter to which we are constantly exposed is not really news. Silence—once considered golden—is all but extinct, and along with it, privacy. Data has already being collected and collated, disseminated, studied and dissected ad nauseum in an attempt to define what the effects this current phenomenon have had and will continue to have on such things as cognitive skills, attention spans, social interaction and yes, even sexual mores. As much as many dinosaur Boomers and even Gen-Xers might prefer it otherwise, the ship has already sailed—with or without them.

On the upside, this heightened accessibility does offer opportunities for those who might not otherwise have a shot at success to get themselves and their work seen, known and even—gasp!—bought. All it takes is one well-placed viral video and a devoted Twitter following, and even an unknown can find fame and potential fortune. In industries notoriously hard to break into, such as fashion, art or even publishing, the ramifications of this newly unlocked portal are staggering.

Days of Future Past

Nine years into its first decade, the new millennium hasn’t offered up anything seminal on the fashion front. For an overview of the soon-to-close decade’s most vaunted vogues, (and to pre-empt any charge of plagiarism), I heartily recommend Wikipedia’s entry on Fashions of the 21st Century . Hmm. Less is more. Less is less. Less is where you hang your hat, and no country for old men.

One could argue that the new century has ushered in a new breed of sex symbols, though that wouldn’t be exactly true. More accurate would be to say that everything old is new again. Standards of beauty celebrating slender-hipped, boyish, bust-less silhouettes saw challenges in the ’80s and ’90s. Rather than a total about face, the skinny Minnies who walk the runway found their ranks augmented by models more along the Gibson Girl/Mae West line, at least is shape. These days, when it comes to women other women adore and want to be more like, baby’s got back, and then some. J-Lo, the Williams sisters—Venus and Serena—Beyonce and Queen Latifah offer a return to curves and pulchritude that harks back to the grand dames of ’30s cinema, but this time, in living color.

Queer saw star treatment, too, as Ellen DeGeneres became the new face of Cover Girl Cosmetics—not to mention marrying Aussie knockout Portia DiRossi. Melting pot is the new sex pot. And you know something? It’s all good. (Well, except for that Prop 8 thing. Just goes to show that we’re only too happy to take hair and make-up tips—and collect tax dollars—from our gay citizenry, but when it comes to granting them equal rights under the law, the middle American rank and file considers that damn uppity.)
Tags:
Views: 1054
Related articles