From Christmas to XXX-Mas: A Letter from the Editor 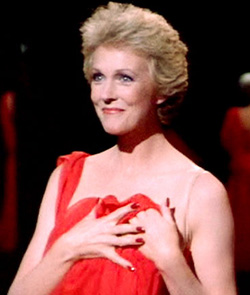 "At the end of the night instead of doing all the fast things that fellows did then, he gave me a kiss on the forehead."

As I sit down to write this, it’s about 2:30 p.m. EST on December 19, 2010. Countless among you are waist deep in holiday preparations. According to the U.S. Postal Service, December 20th ranks as the busiest day of the year for the mail. Hopefully, your cards and packages have already been sent. Still, for those of us who celebrate the traditions of “The Church of Our Lady of Perpetual Procrastination” (she said, looking into the mirror) there will be the inevitable last-minute forays of penance to the malls until the wee hours of Christmas Eve.

While there’s nothing new in that, times have certainly changed.

In our retail-driven economy, the Christmas season starts earlier with each passing year. My local arts & crafts superstore trotted out the pre-lit trees, wreaths, wrappings, lights, ornaments, and everything Xmas right after Halloween. As an old curmudgeon, I find it both disconcerting and disorienting. I know you’re supposed to keep the spirit of Christmas in your heart all year round, but I don’t think I’m being bah-humbuggish in the least if I say that 364 days of nonstop bargain hunting is probably not what the true spirit of this holiday is about.

In bygone days, had you asked the Ghost of Christmas Past, he might have told you that there are five shopping days left ’til Christmas, but Scrooge be goosed, with the advent of the Internet, one can literally shop around the clock. Thanks to online gift purchasing, you can still check off everyone on your list—naughty, nice or whatever your preferred combination of the two—with seconds to spare, even well after St. Nick has put his beleaguered reindeer to bed for the night and gone to join Mrs. Nick for some much deserved post-gift-distributing nookie.

A few days ago, my colleague Jeff Schult, sent me an interesting statistic regarding the rising frequency of the word “fuck” in literature. I have to say that it piqued my curiosity for a couple of reasons. First, because it’s pretty astounding how common the “f-word” has become in everyday usage. (When I was young, “fuck” was a word one reserved for very special and emphatic occasions—such as when you were deep in the throes of passion, or when you accidentally missed the nail and smashed your thumb with a hammer.)

Secondly, because, thanks to search engines, technology and the genius hamsters that spin the invisible wheels of the Internet, you can actually find such statistics in the blink of an eye with no more than a few strokes of the keyboard. Truly—for better or worse—the age of instant gratification is upon us. As a result, as a society, we have become inured to violence, at home with explicit language, and unabashed by casual sex. What was once considered shocking is now blasé.

This year for instance, the viral video for a song called “Horse Outside” by the Rubberbandits (earworm alert!) has made the tune such a smash hit that it’s poised to become the Number One Christmas song of the year in Ireland. The lyrics—both singular and double entre’d—are to put it mildly, quite graphic.

Blasphemy? Maybe back in the day, but now … the “rough beast that comes slouching toward Bethlehem” is par for the course. (For the record, I laughed my ass—or perhaps I should say, “arse”—off the first time I heard it. Thanks, Monty, though for my money, there’s still nothing that beats The Pogues’ “Fairytale of New York.”)

But I think there’s something to be said for shock value—at least of the variety that makes us think and causes us to reexamine the boundaries by which we proscribe our behavior and collective social conscience.

Along with the lamenting the loss of old traditions that run their course, the end of the year is also the time we mourn the loss of souls who have passed on, both our own loved ones and those in the rarefied realm of celebrity. Last week, Hollywood icon Blake Edwards passed away. Known best perhaps for his The Pink Panther series, Edwards was also the creative force behind one of the first big-budget, mainstream Hollywood films to tackle gay and transgender issues head on, with his 1982 release, Victor/Victoria.

Yes, it was a comedy. No, it wasn’t earth-shatteringly profound, and to the surprise of no one except the hero, before the final credits rolled, the main character turned out to be a straight, white female in love with a straight white male.

Still, the deeper message of love conquering the judgmental forces of the normative gender police was pretty remarkable, both then and now. Edwards—as the man who bared Julie Andrews’ (a.k.a. Mary Poppins; a.k.a. Maria Von Trapp; a.k.a. Mrs. Blake Ewards) breasts to the world a year earlier in the film S.O.B., was someone who understood the power of shock value at its best. The hills are alive, indeed.

Because I live in North Carolina, I would be remiss in not mentioning the recent passing of two remarkable women: Elizabeth Edwards and Robin Rogers, both of whom succumbed to battles with cancer.

Most of you are familiar with Edwards. Politics, scandal and tragedy are the stuff headlines are made of. That Edwards was brave, thoughtful, and an inspiration to countless women goes without saying.

Though Robin Rogers tread a different and decidedly smaller corner of the world stage, she was no less courageous. An award-winning blues vocalist, Rogers’ superb delivery and irresistible presence filled any room.

On a happier note, this Thursday SexIs adds a powerful and entertaining voice to our editorial mix with Twanna Hines—known to her friends and fans as the “Funky Brown Chick.” In her debut column, Twanna introduce herself by giving readers the skinny on “How to Make Love to a Black Woman.” With her tongue-in-cheek, urbane-yet-down-to-earth perspective on dating, we’re sure you’ll fall for her as we have.

And so, since ’tis the season … my wish is that you be well, be happy, and most of all, be kind to one another. Enjoy your holidays, and as always, thanks for reading.

Also on SexIs This Week:

Monday: Globe trotting Midori offers a menu of lusty Japanese slang for the discriminating sex traveler, then Rabbit White takes readers beneath the mask of the fascinating fetish, Zentai.

Tuesday: On Tuesdays With Nina, the talented Ms. Hartley takes on the multiple issues of a man who has been burned by love. Later in the day, in Veronica Monet’s Shame Free Zone, we continue the healing with advice on sex, anger and conflict resolution in her. It’s da balm!

Wednesday: Sinclair Sexsmith pays homage to his other girlfriend—New York City, while correspondent Erin O’Riordan gives a firsthand account of her experience as an online answer-woman for Cha-Cha Sex Advice.

Thursday: The Bloggess reveals what your significant other really wants for Christmas... There will be a test on this!

Friday: “To Blog, or Not to Blog?” That is the question Roland Hulme takes on in the new installment of Devil’s Advocate.