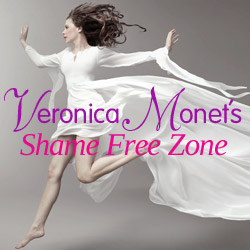 Last month, we looked at how both acting out or suppressing anger can lead to angry sex or no sex at all. Today we delve into anger management. By learning to channel "darker" emotions in a positive way, you can actually boost intimacy and sexual response.
I first noticed the connection between anger and female sexual response while teaching sex coaching workshops. A pattern began to emerge: Women were often focused on controlling their emotions, forcing a smile, and encouraging their partners, instead of being able to track their own sexual pleasure.

This is stereotypical female behavior: catering to the emotional needs of others, while the women experience a partial or complete disconnect with their own needs and desires. The trick is to shift the dynamic between couples in order to free them to get in touch with how they feel—emotionally and erotically.

For instance, one woman I worked with who had not been able to ejaculate for more than six months was anxious to reconnect with this aspect of her sexuality, but she couldn’t figure out what was blocking her sexual response. During role-playing exercises, it became apparent that her male partner had a habit of invalidating her angry feelings, and insisting that she reframe her views in a more positive light.

I spoke to her inner child in comforting tones, and assured her she could feel anything she wanted to feel. I even encouraged her to shout the “No!” she was feeling. She screamed “no” over and over until she could connect with the joy underneath the anger. By the end of the exercise, she ejaculated.

I realized I could be onto something that might apply to other women as well. In the years since then, I have recommended women get in touch with their more taboo thoughts and emotions, as a way to free up and energize orgasmic response. And to greater and lesser degrees, I have seen it work wonders to improve female sexual response. I am convinced that many blocks to sexual pleasure reside in our shame, and that shame is not just about sex—we can also experience shame about our feelings.

As children, we are told we are selfish or bad for expressing certain feelings. We are not. Feelings are normal and we all have a wide range of them. Being honest with ourselves and accepting what we feel is key to creating a nurturing and an accepting relationship with self. Out of this fertile soil can spring the kind of spontaneous and authentic sexual response most of us crave. 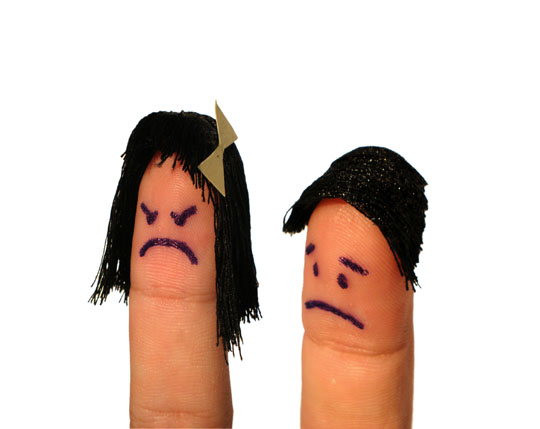 Unfortunately, few of us know healthy ways to express our anger. Instead we learn to either control our anger or act it out. Both are dangerous. Controlling your anger can lead to depression, cancer, heart disease and other maladies. Acting out your anger actually compounds rather than relieves anger, to the detriment of both you and the ones you love.

Rather than suppress anger or act out—if you can learn to manage it, you can actually enhance your sex life. But many people find it difficult to believe that techniques devoid of eroticism can lead to better sex. Often this is due to the fact that we tend to see ourselves as a collection of parts rather than as a whole being. In reality, our emotions are tied to our sexuality in ways that can be mystifying.

1. Suppressed anger leads to depression. Depression decreases sexual desire. Anti-depressants can inhibit sexual response. In some cases, anger management can eliminate depression and the need for anti-depressants. (Some depression is caused by chemical imbalances. You should check with your doctor before reducing or discontinuing any medication.)

2. The inability to express anger in a healthy fashion makes it difficult to express other emotions such as sexual joy. Anger management can restore your full expressive range of emotions including sexual joy.

4. Some rage is expressed through sexual dysfunction, which can manifest as inability to orgasm or female ejaculate, as well as premature ejaculation and erectile dysfunction. Anger management provides a healthy outlet for anger and rage, providing fuller access to sexual response. (Sexual dysfunction can result from health issues, such as diabetes or smoking so always check with your health care provider to rule these out.)

5. Anger management provides tools for sharing feelings and solving interpersonal difficulties. Shared feelings and agreements with your partner can create increased sexual desire for your partner.

Dealing with emotions is an excellent way to improve sex and since anger is one of the more taboo emotions, I encourage you to develop the tools that will provide you with a healthy connection and expression of your anger. Try it. You may improve your sex life in ways you never imagined. Here's how to get started:

1. Breathe. When you feel anger, breathe into it and notice the physical symptoms such as tightening muscles or a hot feeling in your arms, fists, etc.

2. While you continue to breathe deeply, ask yourself what thoughts are creating the angry feelings.

3. Change your self-talk to something more positive.

4. Experience empathy for yourself and the person(s) you are angry with.

5. If your anger is verging upon rage you may choose to take a time-out.

6. Depending upon what is triggering your anger, you may wish to assert a boundary or ask for what you need in the moment.

7. Take full responsibility for your emotions and the expression of those emotions. Having an uncooperative partner is NEVER justification for acting anger out.
Tags:
Views: 1470
Related articles