Take a Cue from Your Childhood 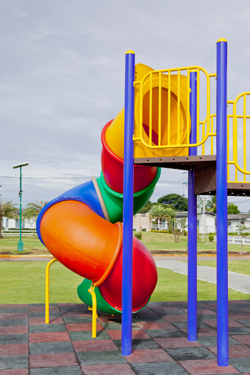 Is play really just for children? Does that even make sense? Adults like to have fun, too!
Play, for humans, is viewed as the domain of children and the immature. The young of most species, human or animal, learn most of their early social behaviors and survival lessons through play. Among them, however, humans are the only species that stops playing, or tries to, entirely when they reach adulthood. If you’ve ever watched any household pets, they typically spend at least part of their day playing. Even wild animals will run, jump, and pounce seemingly for nothing more than the sheer joy of it. That’s because play serves a multitude of purposes, from relaxation, to learning, social bonding, and even as a non-violent way to establish dominance. For humans, it serves many of the same purposes, as well as my favorite reason to play. It can make sex fun.

Anyone who says that humans are too civilized to fight for dominance in their social groups has never watched a group of Magic the Gathering fans in their natural environment. Most gamers, from what I’ve observed, have a tendency to base the structure of their game-based social circles on who the most skilled players are. At the very least, the people who consider themselves the most skilled try to assert dominance over the less skilled players and occasionally the less skilled players will try to gain favor with the more skilled. My personal theory on this is that humans, being the social animals that we are, attempt to create structure in meaningful ways, therefore, when the group is based on Magic the Gathering, for instance, it’s logical that the leaders of the group would be the most skilled players. In this case, play allows us to create an artificial social structure and attempt to assert dominance over each other in a healthy, nonviolent way. It creates an outlet for behavior that might otherwise become harmful.

That same dynamic of play and dominance can be used to great effect in ways that aren’t often considered when you add sex to the equation. Play wrestling, hide and seek, or even a game of tag, can take in a new and exciting element of sexual frisson when one partner is trying to capture and dominate the other.

to exercise or employ oneself in diversion, amusement, or recreation.

"Let’s play," the voice whispers before a mouth closes gently on your earlobe.

Playing similar games with just your romantic partner or partners can have a similar effect. They can be a fun, low pressure way to learn about their experiences, their preferences, their kinks, and their fetishes. They can also lead to some sexual situations that you wouldn’t normally try. There are plenty of other games that can also teach you about your partner’s sexual preferences, some of them are even board games sold on EdenFantasys. Question and answer type games are always good for learning in the bedroom, especially if they come with a fun “punishment” for not answering, such as perhaps a spanking.

Play for relaxation can contribute to fun in the bedroom in a different way. When people are calm and happy, their libido is often times considerably higher than when they’re stressed. Having fun is a good way to relax, and what better way to have fun than to play. Play for relaxation purposes can be anything from video games to board game to going outside and playing catch. It can be done alone or with a group of friends, the entire point is to forget your troubles and simply enjoy yourself. The mood of joy and revelry often stays with you for hours after a good game and that means that you’re more likely to go to the bedroom happy and pumped up for a good time there as well. Less stress often times also equals better, easier orgasms as well, and I don’t think there’s a sexual person in the world who doesn’t love a good orgasm.

I believe that all too often, we get too caught up in the notion of being a responsible adult and forget that adults are allowed to have fun, too. Playing can make everything from friendships to relationships run smoother, and it can relieve stress. Not to mention the fun you can have when you bring play into the bedroom and entice your partner to forget their problems and just have enjoy themselves for a while. It’s hard to think of the grocery list when you’re in the middle of winning a game.
Tags:
Views: 1187
Related articles

AndroAngel
I have a bit of a fondness for trying out new and exciting things, and a seriously quirky sense of humor.

I have a Lover, who is in possession of his own penis (except when I'm in possession of it for pleasure related purposes, but even then, it's still attached to him with working nerve endings and everything.) He's my best friend and confidant, and he helps me write reviews.

You can see the contents of my Toy Box here if you're curious. That's only what's available on EF though.