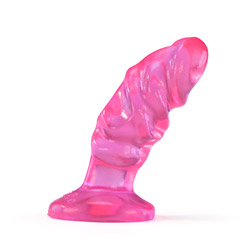 While I wouldn't necessarily call this a beginner friendly toy, I would still recommend it. The overall feel of the material and the added surprise of the suction cup base make this toy great. The size of the toy was bigger than I originally expected but in the end wasn't a problem.
Pros
Base acts as a suction cup, Squishy material has nice feel to it
Cons
Bigger than expected, Wouldn't describe as "perfect for first timers"
Rating by reviewer:
5
useful review
First impressions-

When I first got the jelly realistic butt plug I was definitely surprised by the size of it. While I did make sure to look up the dimensions of the toy before I got it I seemed to under estimate how it would look in person compared to my laptops screen. So when I finally did get I was shocked to see just how big it actually was. Now it's not that big but I still wouldn't have thought it as a beginners toy or "perfect for first timers".

Another thing to note is that it had a strong smell when I first got it. I've had it for a while so I kind forgot what it exactly smelled like... but it went away after the first couple of washes so no harm.

The base of the toy acts as a suction cup! I wasn't expecting this and was thrilled to find this out. This made this toy a great for use in the shower or tub and definitely earned another star for me. 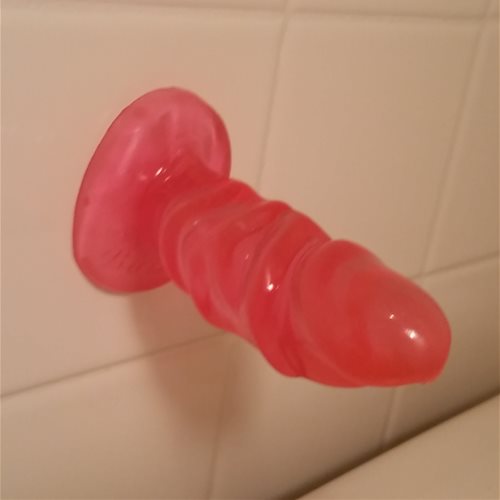 The Phthalate-free PVC material was also very nice. It had a nice squishy feel to it and was a lot of fun, especially when wet.

Later on I finally worked up enough courage to use it anally and finally with a lot of lube and patience I was able to use it. It felt great, but in the end I prefer to just to use it vaginally.

Because of the material it's made out of it gets dirty pretty easy. The squishy material seems to attract everything like hair and small fibers to stick to it, but cleaning the toy itself is very easy with just some soap and water.
This content is the opinion of the submitting contributor and is not endorsed by EdenFantasys.com