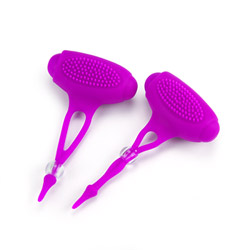 Purple Nipple Exciters or NOT

Comes in a clear bag. No bag to store in. No instructions were included. Pretty self-explanatory by looking at it and feeling it.