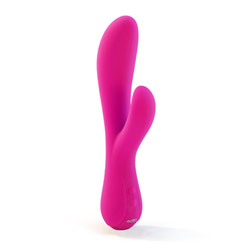 Vanessa is a sweet, petite, delicate lover. Her mild vibrations are wonderful for beginners to experienced users that aren't looking to be buzzed into next week. She's a smooth and quiet operator.
Pros:
Silicone make up
Slim curve
Mid range Vibrations
Cons:
Power queens may find the vibrations a bit weak
Rating by reviewer:
4
extremely useful review

Vanessa is a beautiful rechargeable purple rabbit with 7 vibration/pulsation patterns. She provides softer vibrations via two motors, one in the rabbit, one in the head of the toy. Her slim petite size and softer vibrations are ideal for beginners and advanced users who are not particularly into thick toys with heavy vibrations. Plus she's waterproof, go ahead, get wet and wild in the tub or shower. 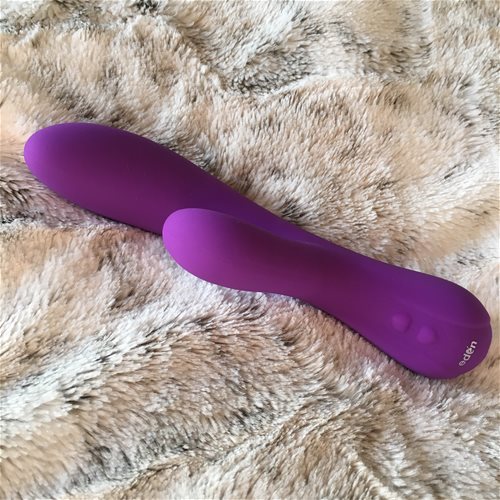 This toy is coated with a very smooth velvety silicone from tip to tip even on the rabbit. There is no noticeable taste or smell straight out of the package. It is very slick when wet and glides easily. The shaft below the upper motor is flexible but not to the extent that it just bends and flops all over the place. The arm of the rabbit is the same way. There is a smooth, thick, noticeable seam that runs throughout the whole toy, this seam is easy to feel with your finger but is not felt once inserted.

The design of this toy is very enjoyable; it is slender and petite with just enough girth to really hit that perfect spot. Being roughly 8 inches long, 4 inches insertable, it is fairly small. It has some girth, but not much, less than 1 1/2 inches worth, the thinnest point of the shaft is just under 1 inch thick. I consider this a very workable size for beginners as well as more advanced users.

Being 8 inches, even though it is a smaller toy, it is decently easy to hide. If seen by someone who knows anything about sex toys it is pretty undeniably one. Plus, the bright purple nature of the toy really makes it stand out. It is easily concealed with pillows or stashed in a drawer. 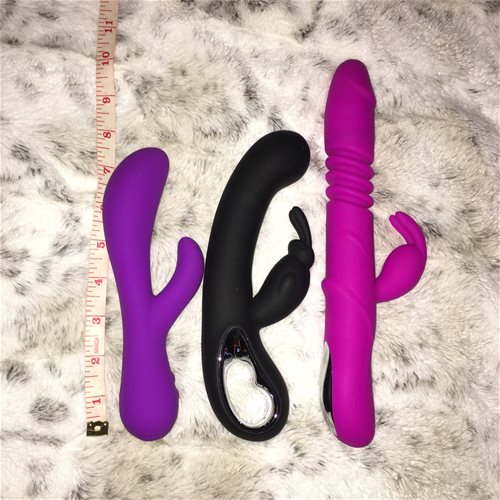 Here is a photo of Vanessa compared with Seducer and Heartbreaker

It is possible to travel with this toy in a carry on bag, though if you are easily embarrassed with the possibility of a TSA or someone seeing it, I don't recommend to take it with you. It may be smaller but is still undeniably a sex toy.

There are seven stimulating functions with this beauty. Two of which are solid vibrations, low and high. The other five are waves and pulsations of patterns including ones with one or the other motor running. The motors are located close to the tip of the head of the toy and the tip of the rabbit. Even with that the vibrations still carry very well throughout it. When inserted there is no notable change in how the motor works, it doesn't seem to bog down or have any issues under pressure. Although my partner and I have not used it anally, there is a possibility to be used so, or simply use the tip of the toy for clitoral stimulation.

The controls are pretty easy to figure out, it has two cute heart shaped buttons. The bottom button is the power. Once pressed the LED under the scroll work surrounding them will illuminate. The top button is used to shuffle through the seven settings. When in a pulsating setting the LED will flash along with the pattern. However, Vanessa does not have smart controls, meaning she will not remember your last setting. Fortunately, this isn't an issue since there are only seven functions and they can be quickly cycled through. 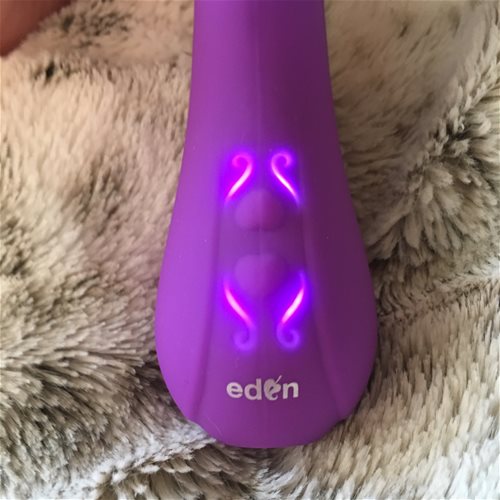 Vanessa is a rechargeable rabbit; she comes with a USB charger that is a little different from the others, so you do want to hold onto it. She does charge fairly quickly. When on the charger you can not use this toy. If the battery is charging, the LEDs around the buttons will flash until the battery is fully charged, at that point the light will go solid and on. The charger is a bit different from similar toys from EF; the mail port is a bit longer, and I don't believe it works on other toys due to this factor. 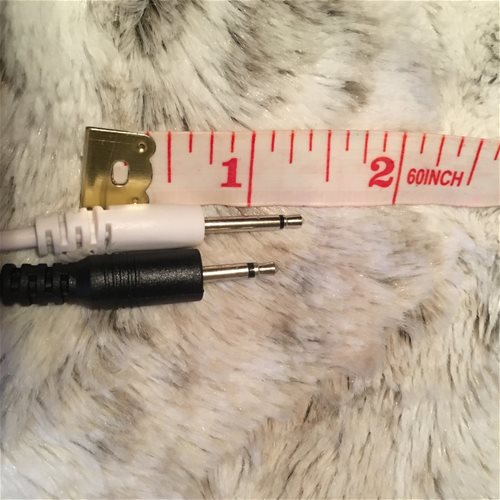 Pic with Vanessa charger next to Seducer charger

Vanessa is a quiet lover; your partner may know you're using her in bed, but she is quiet behind closed doors.

This toy is waterproof and performs very well in and out of the water.

Since Vanessa is made of nonporous silicone, she is really easy to clean. Simply use soap and water or a toy cleaner. You can even use a 10% bleach a solution to sanitize her. This will keep her nice and clean.
Don't use silicone lube with this toy; it may destroy it.

Storing is pretty easy, try to avoid contact with other silicone toys. I do recommend placing it in a bag to store since it does seem to pick up crumbs and dust off my desk.

She came very skimpily clad with the USB charger in just a plastic bag with a barcode on it. Not really giftable as is but it is possible to wrap the plain brown box it comes in. 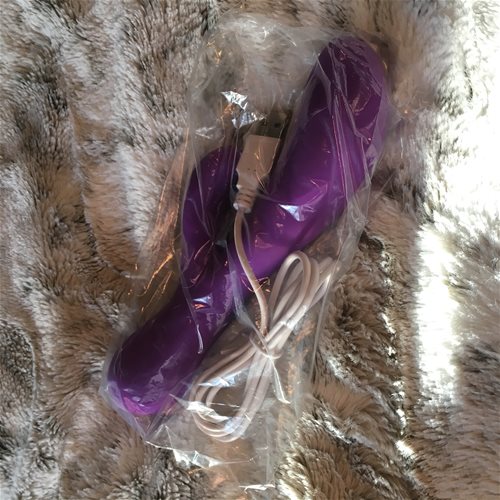 Vanessa is a little weak for my personal preferences. My partner and I enjoy deep rumbling vibrations. Don't get me wrong; it is a pretty great toy overall. However, if strong vibrations don't get your rocks off I certainly say go for it with this beauty. I feel this beauty is a very beginner friendly G-spot vibe.
Follow-up commentary   I still like it 6 months after original review
She may be a gentle love but on some occasions you need to take it easy and light on the vibrations to make the experience better. Still love Vanessa even with the lady being a power queen.
This product was provided free of charge to the reviewer. This review is in compliance with the FTC guidelines.