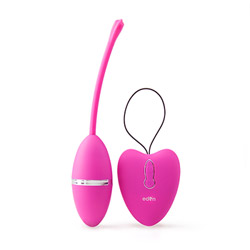 The Foreplay remote control egg by Eden Toys is a vibrator meant for vaginal stimulation, though it cannot be used anally by users due to the lack of a flared base. The egg is meant for internal stimulation and may stimulate the G-spot, kegels and the rest of the vaginal wall once inserted. It can be used externally by men or women and can be used on the nipples, clitoris, testicles or other erogenous zones of the body. It can be used solo or as a couple, allowing one partner to insert or hold the egg against them, while the other uses the remote to pleasure them. It can also be used in group situations if one chooses, allowing the remote to be passed around. 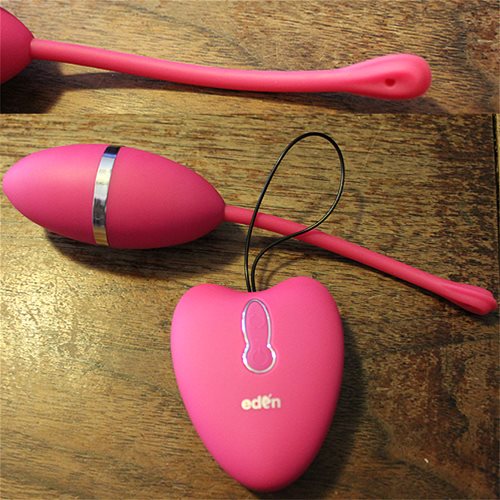 The egg can be used anywhere where the water isn't involved, such as a bedroom or out on the town. It should be quiet enough when inserted that the toy can also be used in campus or roommate living conditions. It is travel-friendly, as it is so small that it will slip into a purse or luggage easily, but keep in mind if you get embarrassed easily that this is recognizable for its use if TSA checks your luggage.

The remote is shaped like a heart and is pink in color. On the back there is the battery compartment that has a slide open casing. The remote takes 2 AAA batteries. It has a black wire loop on the remote that may serve as an antenna to send the signal out to the vibrator itself. It fits easily in the hands and can be tucked away in a pocket. Be careful that your pocket isn't too tight as it may press buttons on the remote. The buttons are located on the front of the remote, and there are only two. The bottom one is the power button, and the top button is to cycle through the 10 vibration patterns. 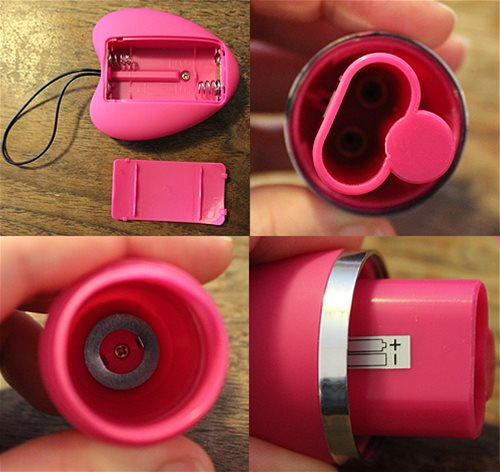 The egg is shaped like an egg with a tail. It separates in the middle of the egg by unscrewing the top from the bottom portion. In the middle, there is a plastic ring, metallic in color that doesn't really serve a purpose other than decoration. When opening the egg, there is no rubber o-ring inside of the vibrator, which means this toy is not waterproof and should not be taken into the tub, or anywhere where it will be submerged. Two AAA batteries go inside of the egg as well, making this toy need 4 altogether. The size of the egg is about the size of a palm and should be okay for beginners and advanced users alike. It is tapered enough that it should be easy enough to insert with a little bit of water-based lubricant applied. 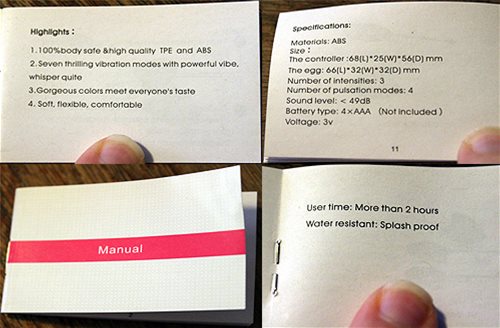 The vibrations on the toy are about average, but they provide good enough stimulation to the user when inserted. Sensitive tissues will definitely react to the vibration once the egg is inserted, and the vibrations can be felt throughout once the vibrator is turned on. It serves the purpose of foreplay in the bedroom, or in a public place if you wish to use this out and about. The toy has a soft whisper of a hum, which can be heard when someone is in proximity. But in a busy, public place, one might not be able to hear it. It cannot be heard through a closed door.

Always remove any batteries from the toy when not in use and when cleaning. Store the toy in a cool, dry area out of direct sunlight. This toy can easily be placed in a drawer or small box to hide from prying eyes. Use a water-based lubricant with the toy to avoid degrading the silicone coating.

Packaging was both minimal and recyclable. The toy came packaged inside of a clear cellophane bag with minimal instructions, and was neither discreet nor is it suitable to keep the toy inside of once opened. Shipping, however, was discreet, as the toy was shipped in a plain, cardboard box. There weren't any indicators that a sex toy was inside of the packaging, and it did not name Edenfantasys anywhere on the box. If gifting this item, it will need to be repackaged to avoid possible embarrassment. 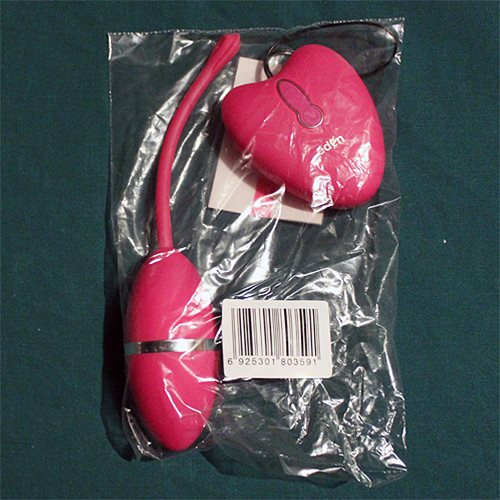 I am not fond of vibrators that take batteries. With all of the rechargeable options on the market that are available today, we tend to choose those more than something that we have to go out and buy batteries for. The battery life for this toy was pretty good. It lasted about an hour and a half of playtime without dying. The fact this did not have an o-ring for an insertable egg toy was another disappointment. The first time we played with this toy, my partner's fluids got into the battery compartment, and we were worried it wouldn't work again after cleaning. However, it did work, but we added an o-ring to the toy in order to feel more secure. This helped keep the fluids out.
This product was provided free of charge to the reviewer. This review is in compliance with the FTC guidelines.