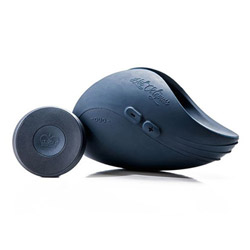 Amazing, but not for extended use.

I don't suffer from ED but could definitely see this toy as being an effective toy to stimulate you as your erection starts, and with the duo mode also allows your partner some enjoyment while you kiss/touch each other. It also is great for hands-free play. But if you want to use it for over an hour you should delay the vibrations until later as it didn't last for an extended session for me on a full charge.
Pros:
Silicone
Powerful vibrations
Good for hands-free play
Cons:
No suction
Battery limited to under an hour of use
Rating by reviewer:
4
extremely useful review

The Pulse 3 Duo is the same as the Pulse 3 Solo but has an added benefit of capable of being used with your significant other as part of foreplay. To quote Hot Octopuss, "Whether used flaccid or erect and with or without lubricant, PULSE III SOLO is an incredibly versatile and powerful male solo toy." The male part of the Duo works regardless of if you are flaccid or erect, and can be used in a stroking motion with lube or stationary without.

The Pulse 3 Duo uses what they call "PulsePlate Technology", which creates an intense sensation through the "high-amplitude oscillations" that are far more impactful than the buzzy low-amplitude oscillations of conventional vibrators that are commonly in sex toys. They claim that these pulse vibrations harness medical research to help men ejaculate involuntarily.

The best use case I can see this toy is for foreplay and/or for men who need a little extra help getting erect. The toy lasts for quite a while, I used it continuously for almost an hour before the batteries gave out on me... so if you are like me and need extended play usage this toy might be best as a starter or finisher depending, but it's quite disappointing to have the charge go out midway through. This is the first toy to do this to me and I now grasp better some of the reviews from women about vibrators doing that to them from a first-hand perspective.

The best part of the Duo over the Solo is that if you are using it as part of foreplay in a hetero relationship you both can get some enjoyment from the toy as the base of the toy vibrates such that it can be used against her body while cradling your penis.

I find the design great for its goal; however, the open expanding "wings" of the toy to enclose your shaft inside the toy I found limiting. I'm reasonably well endowed both in length and girth and had no issues fitting in this toy, but the lack of pressure while using this toy made it initially hard for me to enjoy. I think this is imparted due to the wing design, which makes perfect sense with the toy being silicone to allow it to work with all men. I had similar issues w/ the lack of suction/pressure with the Silicone Stroker I reviewed a while back; however, after using it most of a summer while away for work... I found after some practice with the toy I enjoyed it as much and sometimes more than my other toys.

The vibrations are very focused based on where the pulse plate is, and actually found when the toy was all the way down my shaft was more enjoyable than with the plate closer to the head, which I thought was odd considering there are more nerve endings there. I think this might be due to the type of vibrations this toy has.

I kind of wish the toy charger was a more conventional plug than their proprietary magnetic charger connection, even if it's a USB-A connected cable. I wish more toy makers would make their toys with the same charge connectors as modern phones (micro-USB or USB-C) as this would prevent difficulty should the charging cable break also make it easier to travel with.

The toy provides a magnetic USB charging cable that connects to the base of the toy. The light is red until charged when it changes to green. 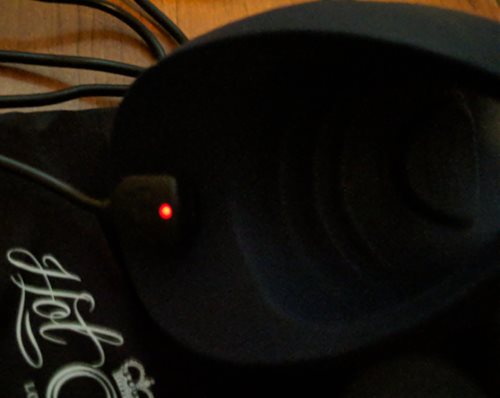 There are 3 buttons on the toy, one on one side and two on the other. The solitary button is the on/off button to turn the toy on and off. The other two allow you to increase the male section of the toy's intensity up/down... if you press and hold the up button it will also engage the max power mode for a short period as well. The vibrations made by this toy are very rumbly compared to normal toys and so it's a very deep/intense vibration when using...

In contrast on the underside of the toy, there are vibrations as well for when using with a female partner, which can be adjusted via the provided remote. There are only 3 settings for this section of the toy and are more the level of intensity and there are no patterns. I see this becoming reasonably monotonous unless a constant vibration is what does it for you... I actually feel the same about the male section as it's only a change in intensity for the most part but there is some variety in the intensity the toy does automatically as part of their claimed process.

The toy is also 100% waterproof so it could be used in a shower or bath by yourself or with your partner. It's also kind of interesting as the toy doesn't need lube if you aren't going to stroke with it... and works perfectly fine like this too. But the fact it's waterproof makes it super easy to clean up when you are done, especially if it's covered with lube.

The toy is silicone, so should only be used with water-based lube if you are going to use it, which comes off easily when cleaning after use. It comes with a convenient storage bag that makes storing it easy.
This product was provided at a discounted price in exchange for an unbiased review. This review is in compliance with the FTC guidelines.