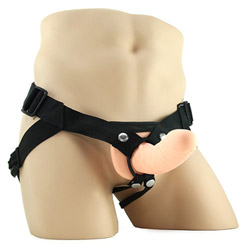 Need Some Help? She Wants It All Night Long?

Let's face it. As we age we are not the studs we once were. Years back I could go on and on and on. Also get it up again after a brief recovery. With this, I could try to relive the glory years! 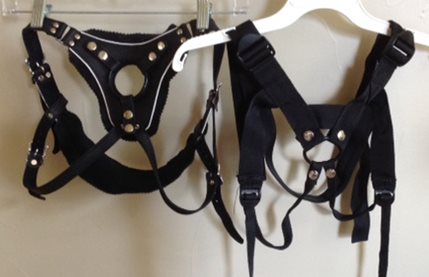 Left EF Lux Rider for Women/On the right Sportsheets Everlaster-Stud; Lux doesn't have space for testicles, Everlaster will allow the boys will hang under. 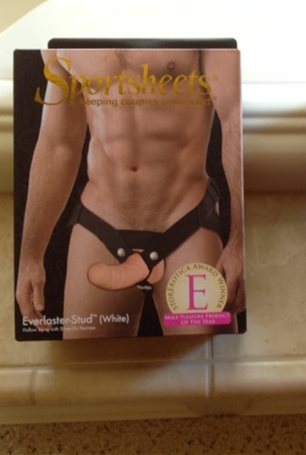 Boasts Male Pleasure Product of the Year, Looks pretty good on the model. 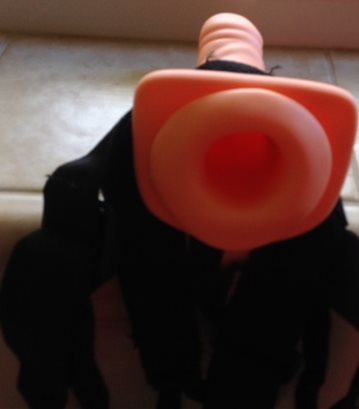 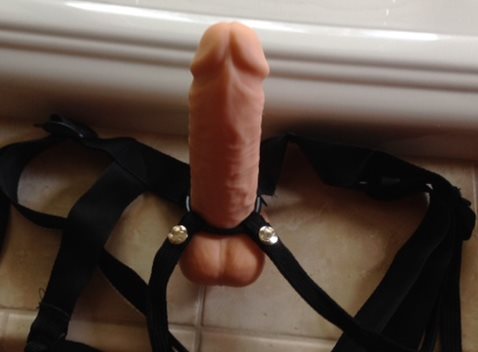 Lots of strap room left after sized for me. Here's the EF Mega (1 3/4" girth) in it. We plan on using some of her favorite BFs with the harness also. 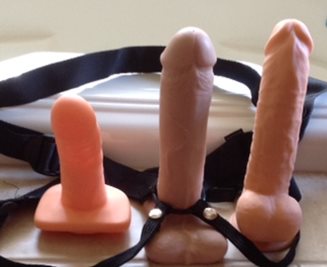 There are 4 buckles for fitting the harness: two for waist adjustment and two for the legs. They were very easy to use. Just slip legs in, then pull all the buckles til tight on your body. No pre-sizing necessary like women's harnesses. 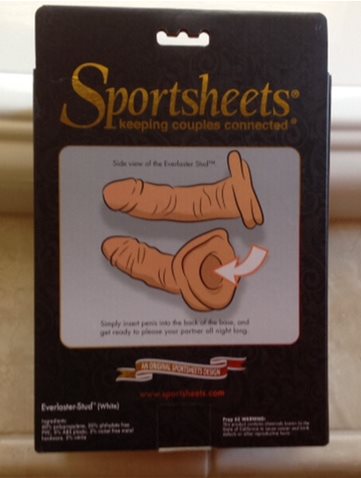 Back of Box Shows How To Use and Materials Composition

I love making love to my wife. Ok, you know what I mean. She does a lot for me. So of course, I would like to give her great time in bed. We used to go at it for 15 - 25 mins at one time. Now I'll be fortunate to last every 5-7 mins. She never complains or expresses dissatisfaction, but I know she wants it to last longer. We already use C rings, but wanted to try this out. 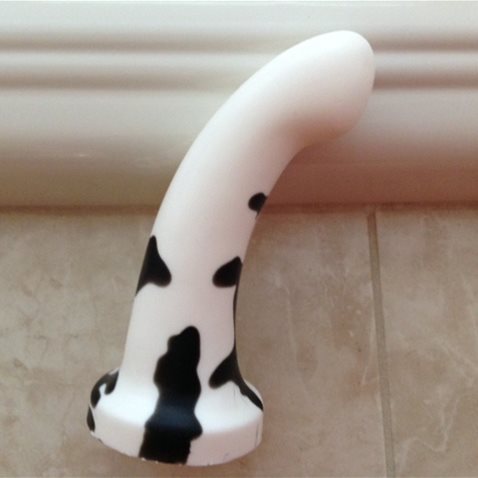 I serviced her in the doggie position while we watched a movie. Some gentle and some very fast. After about 10 mins I stopped and took a break. She asked if I came in it. I was growing in it but didn't come. She told me it was starting to feel hard and asked me to pull it out. So I said, "Good. Isn't it my turn now ?"

I stopped pumping whenever I felt like coming, but she would continue to buck. She sensed what I was doing and let me rest. By the time we were done 10 mins later, I came several times. She, guess, 3 times and said she could tell.

The next afternoon I asked if she still rated this a 3. She said, let's try it again tonight and see.

I think since she didn't come after all that, I should surprise her with the Outlaw. She won't know since her back will be turned. LOL, maybe I will become the BOSS. Like I used to be. :)
This product was provided at a discounted price in exchange for an unbiased review. This review is in compliance with the FTC guidelines.