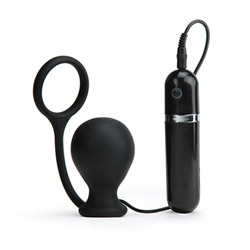 What's in a name you ask?

This butt plug is not for everyone but would be a great addition for the size queens and kings out there.
Pros:
Great toy for stretching and filling.
Cons:
Be prepared not a beginner's toy.
Rating by reviewer:
4
No votes for this review

This butt plug by Dark Stallions appears to be designed to stretch an ass wide quickly and fully. The butt plug to me resembles the profile of a traditional light bulb. The butt plug being 3" around definately stretches one open quickly. The designers refer to the ring as an ornament. What the wearer puts in the ring is their personal choice. The ring has roughly a diameter of 1.5" so unless you are well endowed the ring works better around the balls. The toy and controller are compact so it's is travel friendly. The vibrator has 10 different settings of various strength and patterns.

The butt plug performed exactly as I expected. It was a challenge to get in but once inserted there was no concern about it coming out. The vibrations were enjoyable but I cannot stress enough that this is not a toy for a beginner. If someone is looking for a challenge this may be an option. A 1/4" does not sound like much but your ass will quickly tell you otherwise. The multiple vibrations add positively to the performance.

Being silicone standard cleaning methods of soap and water or toy cleaner/wipes should be more than adequate. There are no nooks or crannies to worry about so cleaning is pretty straight forward. Use caution around the connections to keep them dry. I would remove the batteries if you do not plan to use the toy for a while to prevent damage in the event the batteries leak during storage. 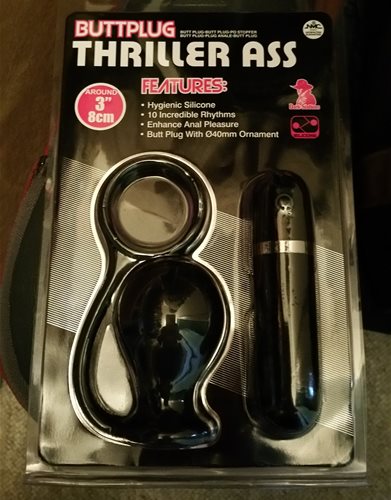 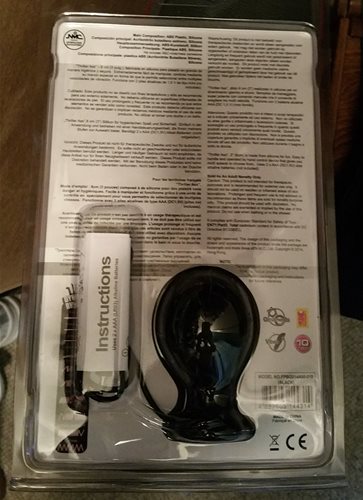 The double impact explanation. Upon removing the butt plug from the package I thought I may have bitten off more than I can chew. I compared the plug to all the other anal toys and quickly realized everything else has a tapered tip. There really is no taper to this plug. When the opportunity finally presented itself to give it a go I knew lots of lube and warm up would be necessary. One small glass plug, Tristan Butt Plug, Vamp dildo, Maximus Lube, lots of fingers, and it was time to see how things would go. After several minutes with each toy I felt relaxed enough and confident enough that it was time to take the plunge. It took several attempts with a fair amount of pressure before I could feel the plug start to slide in. Even though it was sliding in I could tell more lube was needed. So we'd stop apply more lube and try again. This process was repeated about six times with just a bit more going in each time. On the the last time I could tell it was going to make it as the shape helped "pull" the plug in. I had to rest a minute to get used to the fullness. After resting I placed the ring around my balls and the we played with the vibrator and experienced the different settings and enjoyed our time together. Throughout our play I never felt like the plug would slide out. When it was time to remove the plug I forgot how much work it took to get in. It was another stretching exercise and I think it might have been more of challenge removing. All I know was there was more deep breathing taking it out than putting it in. Overall it was a fun experience but due to the size of the plug I do not foresee this getting regular use.
This product was provided free of charge to the reviewer. This review is in compliance with the FTC guidelines.