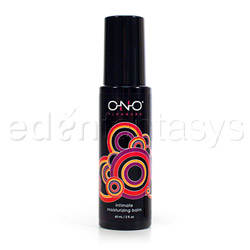 Oh no, ONO, I am not impressed

If you don't mind the scent of chemically infused aloe vera, the ONO Moisturizing Balm might be for you. It is only slightly less expensive than Lelo's Personal Moisturizer per ounce with the same ingredients. My conclusion is it might be worth having the nicer tube/bottle versus this product in a plastic bottle.
Pros:
+ Glycerin-free & paraben-free
+ Travel size
+ Aloe vera may be soothing
+ Recyclable bottle
Cons:
- ~$5 per ounce
- Comes out unevenly
- Thin
- Aloe vera scent
- Unpleasant taste
Rating by reviewer:
3
extremely useful review 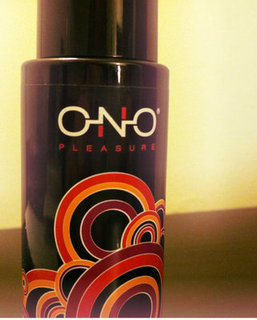 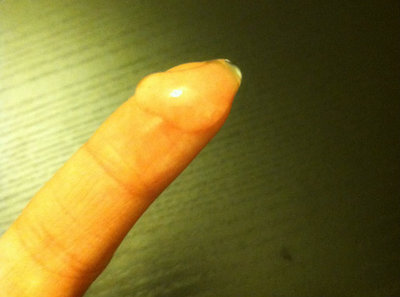 When I first saw that this was marketed as a moisturizing balm, I wrongly assumed that the ONO Intimate Moisturizing Balm would be thicker than Lelo's Personal Moisturizer (LPM). Instead it's about the same viscosity, thin and smooth. The pump action of this water-based lube is its greatest flaw in my opinion. I expected a small, consistent amount. Instead it comes out in a large glob that usually drips down my finger before I get the chance to apply it. Sometimes I'll press down on the pump, and a little extra comes out. I am used to the pump action of the glass LPM bottle, so this might not be as big of a concern to others.

The ONO Intimate Moisturizing Balm uses the exact same list of chemicals as Lelo's Personal Moisturizer. Not very surprising because both are made by Lelo. To read my breakdown of those chemicals, read this review. What was surprising was that the ONO lube's aloe vera smell was much more potent in comparison. 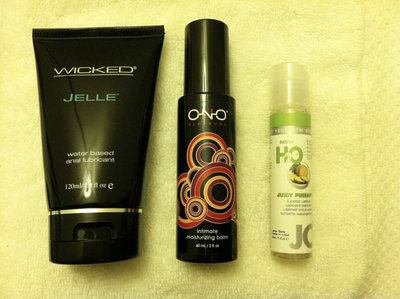 The bottle is somewhat discreet because unless someone reads the small white writing saying "intimate moisturizing balm", the ONO brand does not exclaim lube. It can be even more discreet if you peel off the label. I included the pic to show how the tube compares to other lube bottles.

All of the similar products are glycerin and paraben-free water-based lubes.

V Ultra Sensitive Lubricant
$14.99
Follow-up commentary   I still don't like it 5 months after original review
Since writing the review I used up this container of lube and substituted my Lelo personal moisturizer glass bottle. However once that is used up, I will be buying neither again because of the ingredient aspartame.

I've tried the water-based V Ultra Sensitive Lubricant (sans aloe vera) and I prefer that over the (Lelo) ONO 'balm'.
This product was provided at a discounted price in exchange for an unbiased review. This review is in compliance with the FTC guidelines.