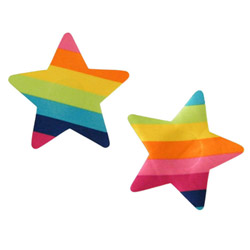 Definitely worth more than two stars!

Cute and effective. If you're looking for a fun, fresh look, these rainbow star pasties are beautiful and thoughtfully designed.
Pros:
-Great pattern
-Silky feel
-Secure adhesive
Cons:
-Small size
-Even smaller nipple circle
Rating by reviewer:
4
extremely useful review
Here is how my rainbow stars looked when they arrived: 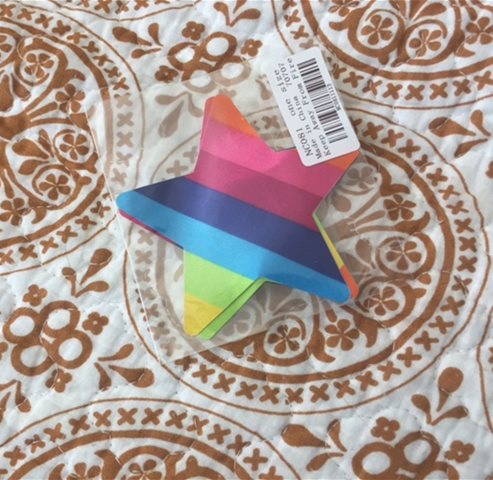 I really like the pattern on these, so I was excited that they looked just like the image on the website. This was my first pair of pasties and overall I would recommend them.

On one side, they have this beautiful rainbow pattern. On the other, a sticker back that you can peel off when you're ready to use them. There is a circle of fabric with no adhesive on the back of each star so the adhesive won't touch your nipple. 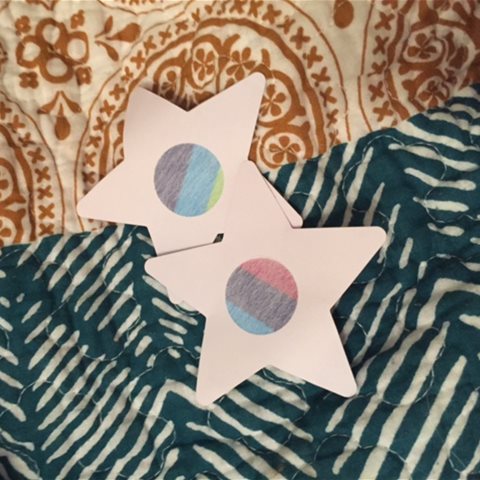 First, let me talk about some things I liked. The texture on these was so much nicer than I expected. I thought they would be like stickers, but they're made of a satiny fabric with a slight sheen. Silky and pettable, either for your own or someone else's enjoyment. Also, I thought the adhesive was very well designed. When I first put them on, one immediately folded up, which worried me, but once I smoothed it out it stuck well and didn't come off again. I wore them for a couple of hours and at no point did I worry about them coming off. They felt secure. However, when I did take them off, they came off fairly easily, without a painful "ripping off the band-aid" feeling. This is why the adhesive impressed me—it was strong enough to last while I needed it, while not being painful on such a sensitive area.

I do have a few caveats. First, as I mentioned, there is a circle of fabric that is meant to cover your nipple. I found it to be quite small. Here's a picture compared to my hand for scale (you can see the ridges of the circle through the fabric): 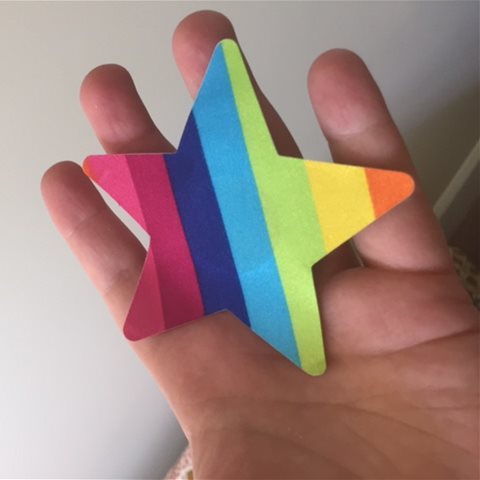 Not only did my nipple not fit inside the tiny circle, but it peeked out a little through the sides of the pasty as well. These would work better for someone with smaller nipples than I have. My nipple size meant that the adhesive did stick to some of my most sensitive areas, which gave me some slight discomfort.

These are definitely made to be seen. They would be great for a burlesque show or just a fun night with your partner. They would look great under a sheer bra or with a quarter cup or open cup bra. I really felt fun and sexy wearing these, and I think they're a great choice.
This product was provided free of charge to the reviewer. This review is in compliance with the FTC guidelines.

My Rainbow stars tags
About author