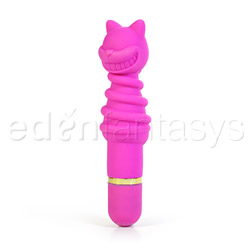 A Must for All Crazy Cat Ladies!

I would not advise using Kinky Kat anally. It is fairly small and could definitely get lost! 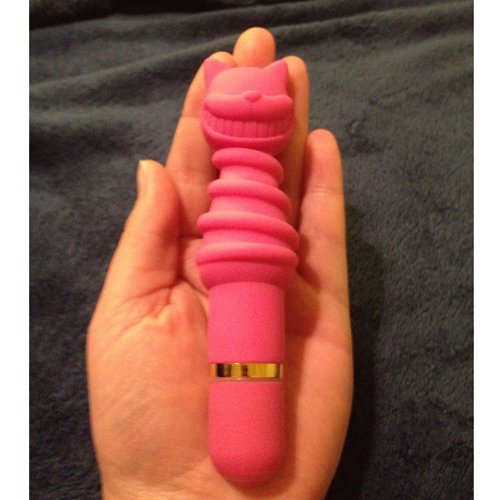 The Kinky Kat is made out of silicone and plastic. It rates an 8 out of 10 on Eden Fantasy’s Safety Scale. It is hypoallergenic and latex free. Most of the Kinky Kat is silicone. The only part that is not silicone is the gold band on the bottom and part of the button. Silicone is such a great material. It is soft, smooth, and safe to use. The Kinky Kat is very flexible; his head can bend. 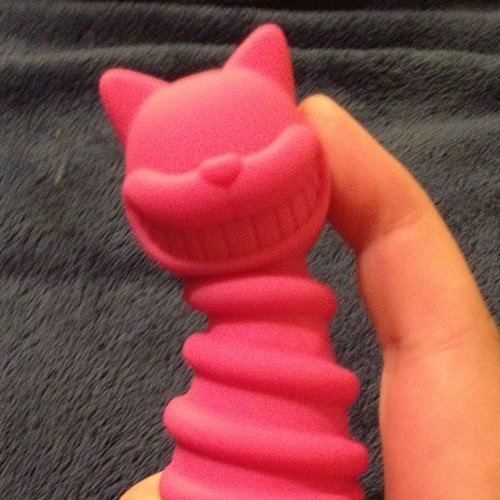 The Kinky Kat has little to no drag to it. However, I would still use a lubricant. There was no smell to this kitty kat. It doesn’t attract a lot of hair or lint. Although the silicone is smooth, the swirls on its body do add some texture to the kat. I don’t think it’s a deal breaker since you can use the kat’s smooth ears and head for clitoral stimulation. You can choose whether you want texture or not. There are seams on the side of the Kitty, but I didn’t notice them during use.

The back shows you were his tail starts and ends. 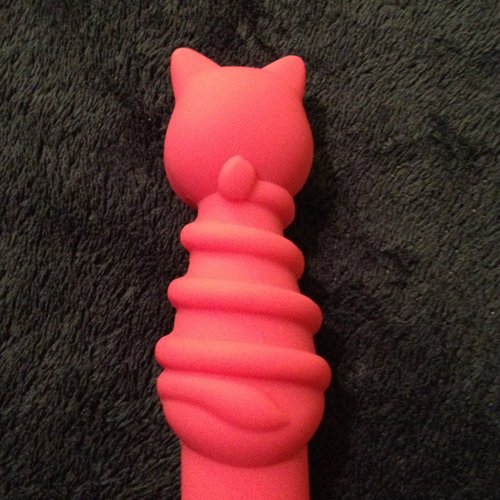 The bottom handle has a gold band with its button on the bottom. 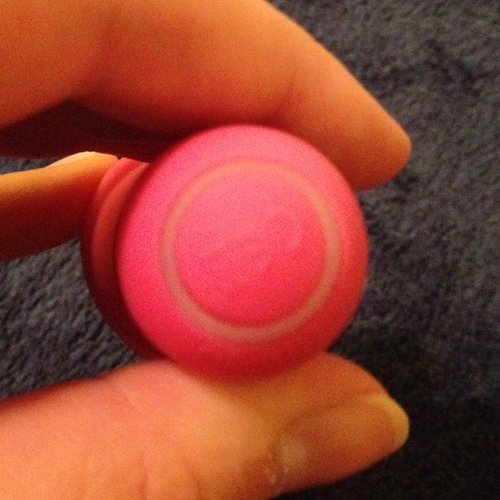 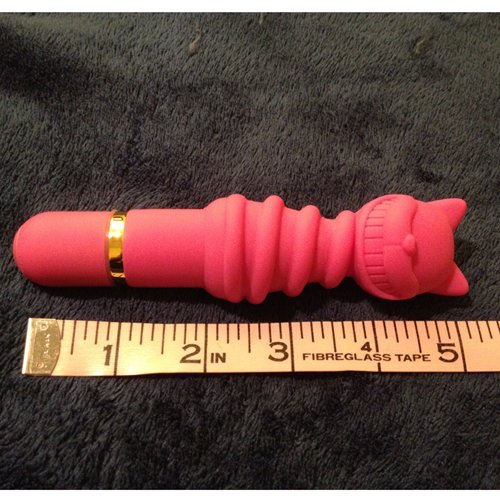 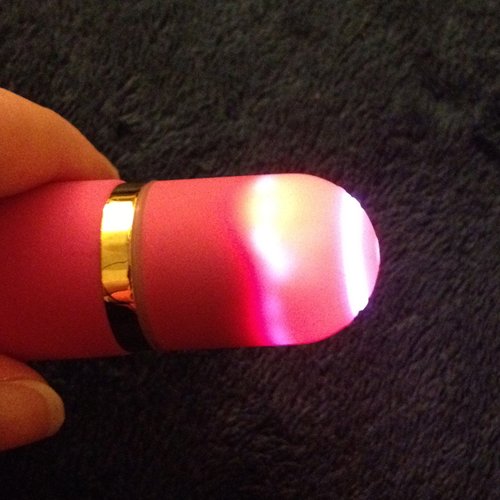 The one odd thing about the Wonderland series of vibrators is that during use it makes a little beeping noise. I thought I was a little crazy when I first heard it, but other reviewers have noted the same noise. It doesn’t really bother me it’s just something to note. During some patterns it sounds like a stopwatch going off.

To operate the Kinky Kat simply press the button on the bottom. There are ten total functions: three modes of steady vibration and seven patterns. There is a lot to offer. There are pulsations short and fast, escalating modes, and steady vibration. To turn the Kat off, simply hold the button down for a few seconds until it turns off.

The Kinky Kat is waterproof. I used it in the shower and didn’t find that any water leaked in.

You can simply wash the Kinky Kat in warm water and soap since its waterproof. It’s very easy to care for. It can be hard to clean if fluid gets stuck in the swirls.

Since most of the Kinky Kat is silicone, be sure not to use silicone lubricant. I like to use a water based lubricant. 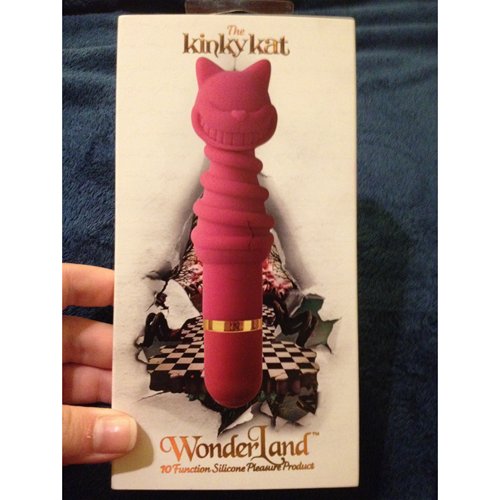 The side and bottom parts of the package have a picture of a book making this look like a book. How cool! 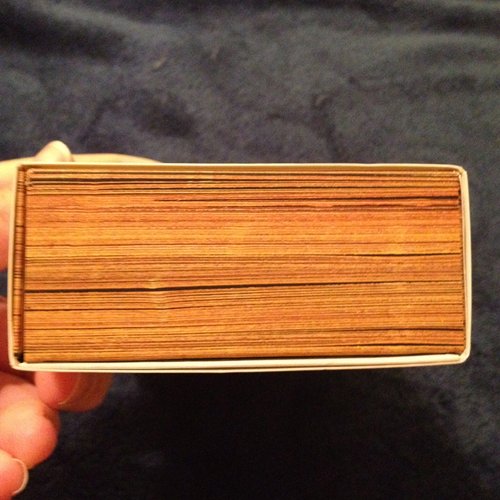 Once you take the sleeve off, the front of the box has a decorated W for Wonderland. 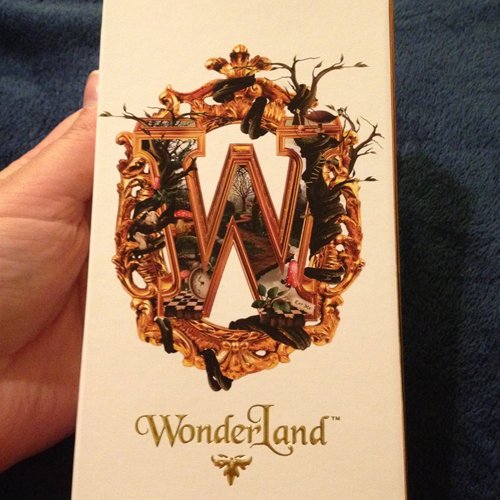 There is a magnetic piece on the side that opens. You finally have the Kinky Kat laid down in a plastic cut out. The other side shows the other products in the Wonderland series. 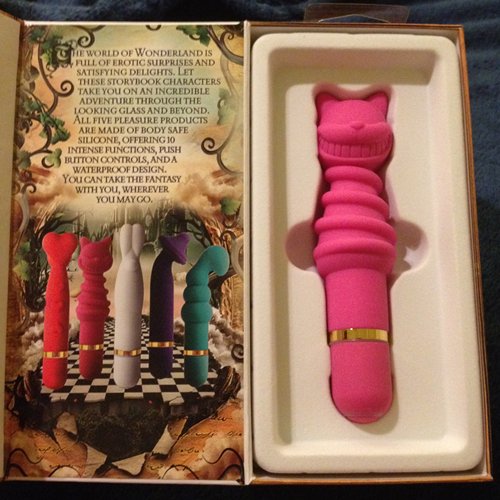 I love this toy for its packaging! I’m definitely going to be keeping it to store the kitty in. Sure, it’s not discreet, but it’s super cute!

The first time I used the Kinky Kat, I used it on my clitoris. It wasn’t really effective for me there. I did move it up and down which helped. However, I need really powerful toys. I already knew this wasn’t going to be that strong before I bought it, but I was still surprised. I inserted it vaginally just for curiosity. I personal think it feels a little awkward inserted. The head of the cat is uncomfortable to insert for me. I would recommend you use this toy for external use only. But, if you want to try it out, go ahead. Just beware it’s not a smooth entrance.