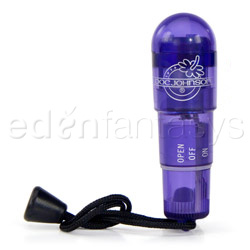 A rocket in my pocket

The Pocket Rocked Junior by Doc Johnson is a great addition to any collection. It's easy to clean, easy to travel with, discreet and very quiet. It's a bit lacking in power and loses power completely if pressed too hard, but it's been a fun little toy that I'll be using for as long as it lasts.
Pros:
Discreet and very quiet
Tiny
Corded base
Not a battery guzzler
Cons:
Loses power if pressed too hard
Rating by reviewer:
5
extremely useful review
Pocket Rocket Junior by Doc Johnson is a tiny, purple vibrator intended for clitoral stimulation. It's way too small to be inserted vaginally and it's unsafe to use anally because it's small and lacking a flared base. It's a great addition to foreplay because it feels great against the nipples and other erogenous zones. 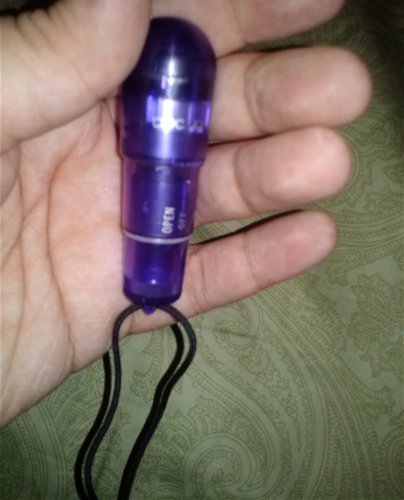 It's plastic earning itself an 8 out of 10 on Eden's Material Safety Guide and making it fairly safe to use. It's a food-grade material, hypo-allergenic, latex-free and phthalates-free. It's non-porous and waterproof so it's very easy to clean with a toy cleaner or isopropyl rubbing alcohol wipe or with hot water and a mild or anti-bacterial soap. It can be dried with a towel or left to air dry and stored in a cool, dry place where toys are stored. 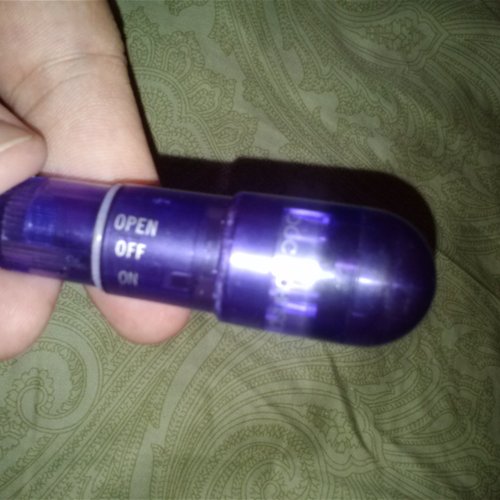 It's completely smooth in texture, save for a removable cap exposing three metal nubs that add a bit of excitement to this toy. There is no discernible scent or taste to this toy, even upon removing it from the package.

It really is a junior pocket rocket. It's two inches in length, two and a quarter inches in circumference and weighs less than half of a pound. 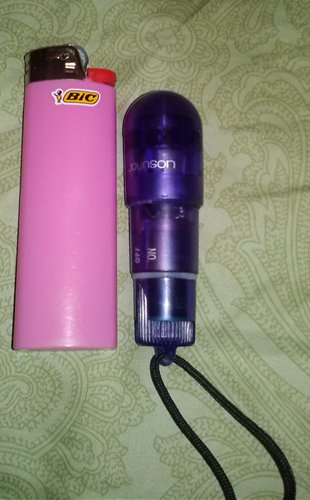 A string is attached to the bottom of this rocket, making it look like a mini flashlight at first glance. With the exception of the purple color of the plastic and the fact that this toy vibrates, it's incredibly discreet. It can easily be tucked into a pocket or purse and nobody would ever know it's there. It's very quiet and cannot be heard through closed doors and is pretty well muffled by covers if using it in bed. 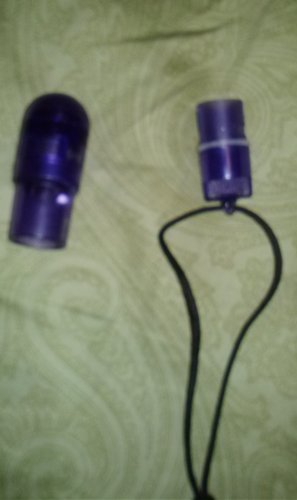 It's powered by a single 'N' battery which is included and it's definitely not a battery guzzler so unless you use this toy several times a day it won't need to be replaced anytime soon. 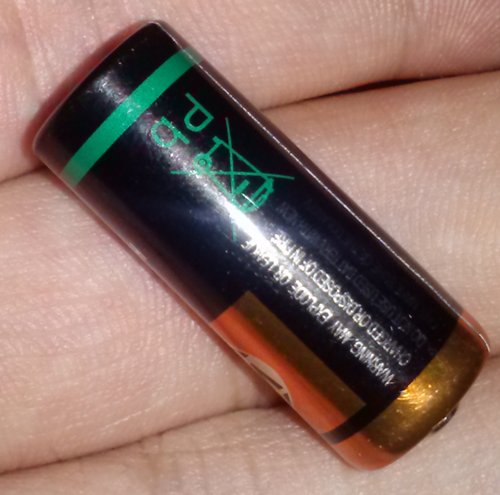 It does say that it's waterproof, but I didn't test it in the tub as I prefer my bed. It's compatible with all water, silicone and oil-based lubricants.
Experience
I've been using this little rocket for about a month and I enjoy it. It is a bit lacking in power, but it gets the job done well each and every time.
Follow-up commentary   I don't like it anymore 2 months after original review
I wish there was an option for 'I still like it, but things could be improved' because I would have picked that.

When pushed too hard against the clit it just stops vibrating entirely. I need a lot of pressure and it's incredibly frustrating to push just a little too hard and have it stop when you really need it most.

If I could change the rating it would be a 3-star toy, as opposed to the original 5-star rating I gave it.
This product was provided at a discounted price in exchange for an unbiased review. This review is in compliance with the FTC guidelines.