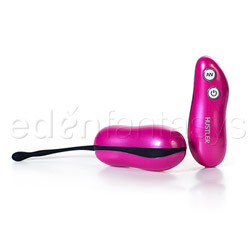 If you've been on the lookout for a wireless bullet that goes 35-40 feet then this bullet is for you. It's hot pink in color and has seven functions that should allow users to find something they enjoy.
Pros:
Wireless remote
Cons:
Requires N and 12 Volt batteries once the original set runs out.
Rating by reviewer:
4
extremely useful review

A wireless bullet with remote offers so many possibilities for a good time. You could potentially take this out clubbing and have your partner control the remote while you have the bullet inserted. If I were to do this, I would make sure that they keep it on the lower settings because the highest setting can be heard through your pants. However, this would all depend on how much background noise was available; I'm basing my opinion off of no background noise and I can hear it through my pants on the higher settings.

Bullets can also be used to tease and caress your body during foreplay over all of your erogenous zones that enjoy attention and being stimulated. You can use a bullet for clitoral stimulation as well as shallow vaginal penetration. You can also use this particular bullet, but not the remote, in water so it is a very versatile bullet set.

I believe beginners and advanced toy users can enjoy the many uses of this bullet.

The Bang Bang Bullet from Hustler toys is made out of ABS plastic and silicone. Usually when two items are used to make a toy, plastic is usually the material that is used for the remote or handle and silicone is used for the toy. From my personal opinion, that is not the case here. The only silicone with this set I can detect is the bullets black antenna. The remote control and the bullet are both a hard, shiny, smooth plastic with no flexibility to it at all.

Plastic, which is an 8 on the safety scale is made of food grade material and is considered latex free, phthalates free, hypo-allergenic, and non porous which means it won’t harbor bacteria.

It does not have any added texture to it so if you enjoy little love nubs and grooves, then this is not for you. It is ideal for those who prefer smooth toys because there is no added texture anywhere and is perfectly smooth. Also, if you prefer your plastic toys to offer some softness and give then this would not be for you either because it is most definitely hard plastic with no flexibility to it at all.

The Hustler wireless bullet with remote set comes in hot pink with a little bit of black outlineing it. Personally, I'm not a huge fan of the color pink, but I do not fault the toys for that and still order toys regardless of the color. I know that is not the case for all users, so I thought I would mention that it is hot pink.

I really like the design of this wireless bullet set because it allows my partner to control the bullet while I am a distance away from him. We have more flexibility with this bullet than we do when we use bullets with wires attached giving us the opportunity to be more creative in the bedroom. My husband thinks the bullet part of this set looks like a mouse because the antenna looks like a little tail. 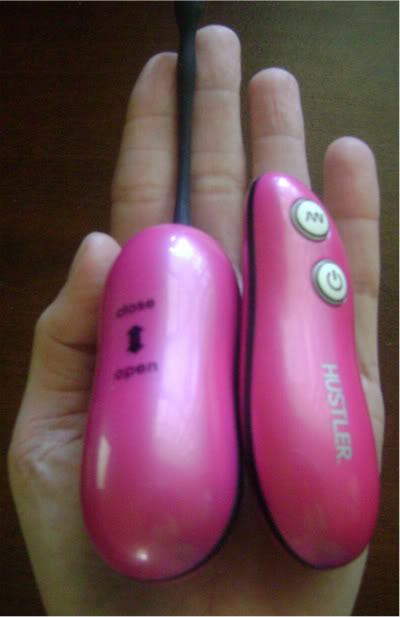 I think the size is perfect for those that like a little bit of girth with their shallow insertable toys, but not too much. If you were using it for clitoral stimulation, I believe it would be suited for everyone regardless of how experienced they are with toys. Hustler markets this toy as their intermediate collection, but I don't think you have to be intermediate to enjoy this set. 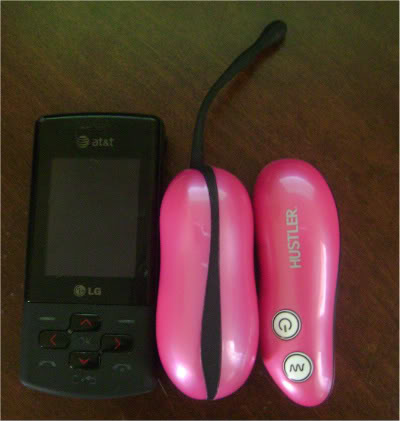 It is small enough to hide, but the hot pink color is not very discreet. The bullet sort of looks like a miniature walkie-talkie with the antenna sticking up, but it doesn't have any buttons or speakers on it so if someone picked it up and you used that excuse, they'd call you out on that.

In the following comparison I am showing you this compared to the Doc Johnson Mood Bullet and remote. As you can see the remote is drastically smaller with this one than the other and the bullet is just a little bit longer, but much more thicker than the mood bullet. 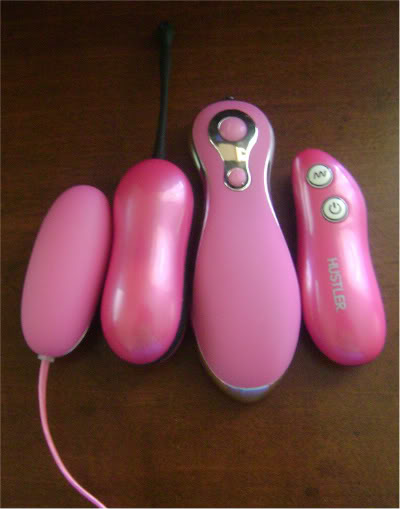 I know the main thing users are wanting to know when buying a wireless remote is how far does it actually reach. My husband and I estimate that it goes a distance of at least 35-40 feet. My husband held the controller in our bedroom while I walked around and I made it to the kitchen before it became out of range. I know you do not know how my house is laid out, but the bed is in the middle of the bedroom at the far end of the house, and then you walk through the hall, and through the living room and then turn a corner and you're in the kitchen.

The remote is very easy to use; it has two white push buttons on the top of the controller. One button is to turn it on and off and the other button is to cycle through the speeds and patterns. This bullet with wireless remote set has seven total speeds and functions. When you turn it on, it automatically goes to the first setting. The first three speeds are your low, medium, and high. The next four are pulsation patterns which I will describe below:

I've never been a fan of patterns so I usually stick to the vibration speeds on any toy that I have, but I know that is not the case for all users.

The vibrations are felt throughout the entire 3" of the bullet and I consider them to be a mix between buzzy and rumbly vibrations, but leaning toward the more buzzy side. The vibrations can be felt in my hand when holding it, and if I hold it for a prolonged period of time, my hand does become numb and tingly.

At the lower settings, the toy is not very noisy at all, but on the highest setting it could be heard by someone in the same room, but not through a closed door or thin walls.

The bullet is considered to be waterproof, but not the controller. I tested Hustler's claim out, and they are accurate that this bullet is waterproof.

The only thing I did not like about this set is the controller uses one 12 Volt 23AE battery and the bullet uses two N batteries. Fortunately, both of these were included in this set so I didn't have to go to Wal-Mart and buy special batteries for them before I could play with it and test it out.

Since the bullet is waterproof, cleanup is a breeze. Wash before and after each use with mild soap and warm water or your favorite toy cleaner. Always remove batteries when not in use to prolong the life of the toy. If you happen to get anything on the controller, just use a toy wipe, or washcloth to clean it as well, but do not submerge in water.

The set did not come with any additional storage bag. It is small enough to store in your lingerie drawer, toybox, or wherever you store your toys.

The packaging was not discreet at all. It comes in a clear, black, plastic box that you can see the pink bullet and controller through. On the front of the package it has the name of the product and the company in white letters. The back shows an outline of the remote and mentions some features about the toy. My favorite part of the back was in small pink letters, it says "Relax, it's just sex." I found this very amusing because I had a very similar discussion with my friend earlier on the day that I received this where I had mentioned something along those lines.

It did come with a small one-sided instruction sheet that showed how to insert the batteries, warranty information, and warnings. 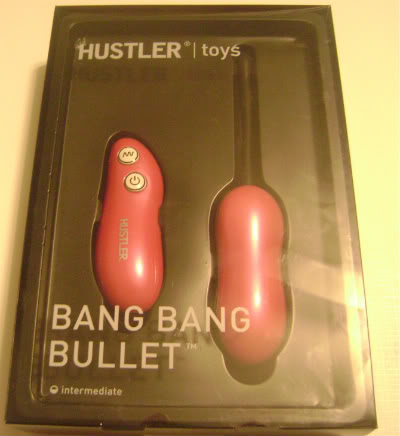 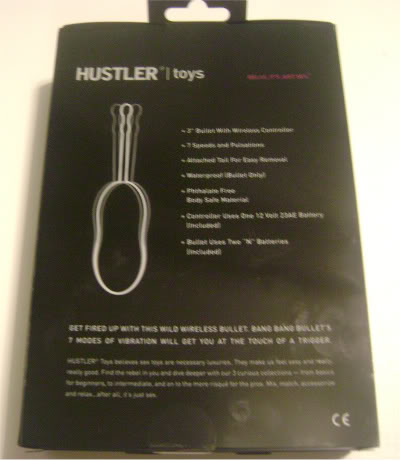 I think this is a very versatile bullet, but I require vibration power greater than or equal to Mimi, Uma, and the Eroscillator to be able to achieve climax. I know that is not the case for all users and can see how this bullet can be a lot of fun for many users.
Follow-up commentary   I don't like it anymore 45 months after original review
The downfalls of needing powerhouse toys is most do not meet your needs. This wonderful waterproof bullet is great for those who don't require the power I do from a toy.
This product was provided free of charge to the reviewer. This review is in compliance with the FTC guidelines.